Since I made comment on the "Hmmmmmm Another Project" post I may as well reveal my latest addition. This came about with a lot of chit chatting on awesome vehicles sitting and as I traveled eastern NC the other week for work I found TONS of awesome 70-90's vehicles sitting with little rust just nicely patinaed. So as I was looking for an S10 Blazer for my friend we rambled into conversation of perfect finds. I expressed my want of a SC long bed bullnose I6 4 speed, and would love to find an old solid green or solid brown one if l could choose. The conversation changed quickly when he said hmm I pass a brown bull nose everyday. I think its 4wd and pretty straight. Well we were kinda wrong on how straight it was but anyway he left my # as the property looked abandoned. Sure enough 2-3 days later a guy called said it was a family member who had passed away and they already sold the truck the buyer just hasn't picked it up. My heart sank (wallet sighed..... ) I asked if he would forward my # which he said he would ( I was still very doubtful) An hour later phone rang guy said he was the new owner explained there was no title and truck hasn't run in several years but he would sell it. We agreed on a price I got him in contact with my friend in the area as I am about 5 hours away from where it sat and mailed a check. Sure enough Saturday afternoon it was loaded on a rollback and dropped at my friends. Awaiting a chance to go get it.

I cant wait. Just to have an old beater.

I know the 84 Bullnose is rusted but I was happy with the deal and plan to drive it as long as possible and when it gets unsafe I'll find a donor body. 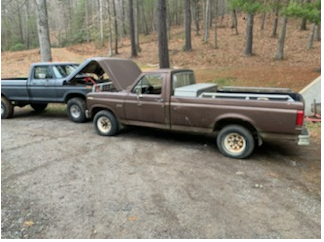 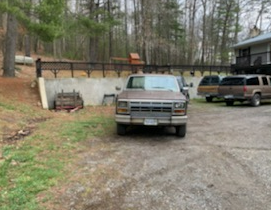 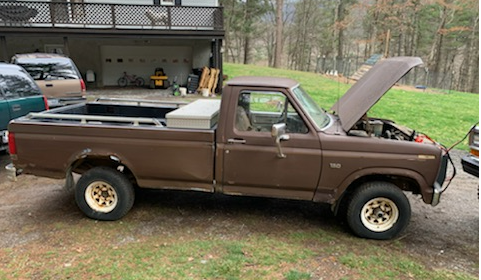 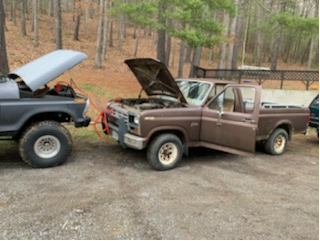 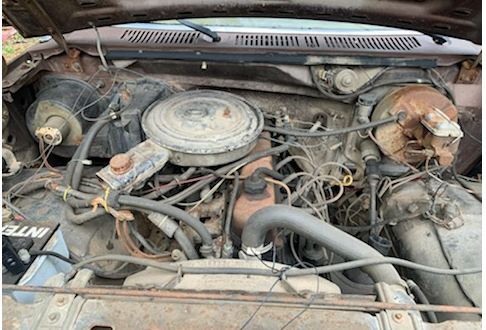 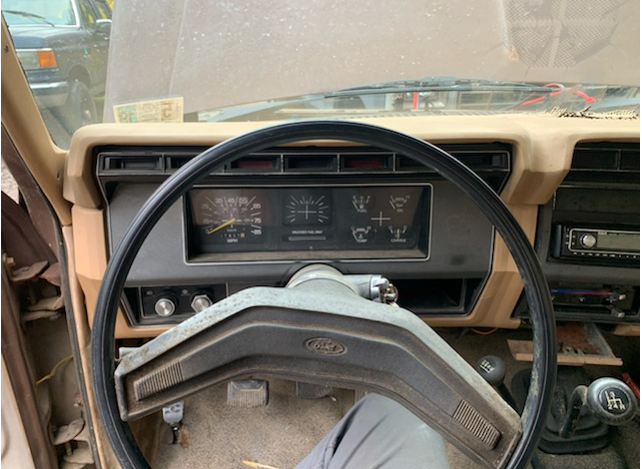 Some of the sights from my eastern NC trip. The tan Blazer I asked about "not for sale" although it had been there at least 5 years... 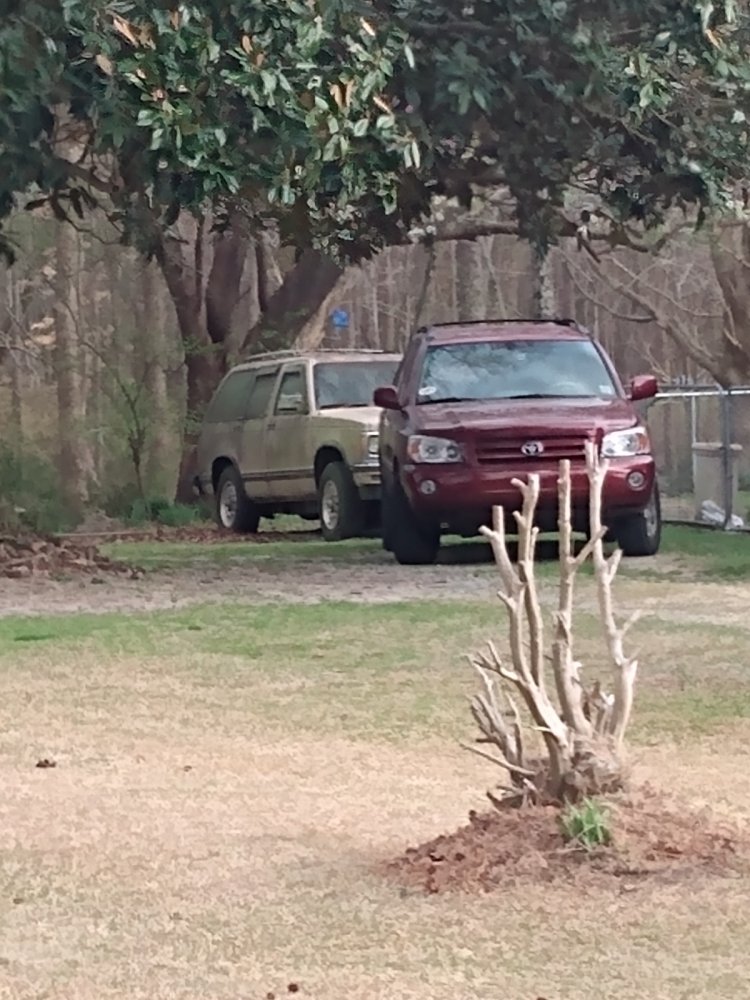 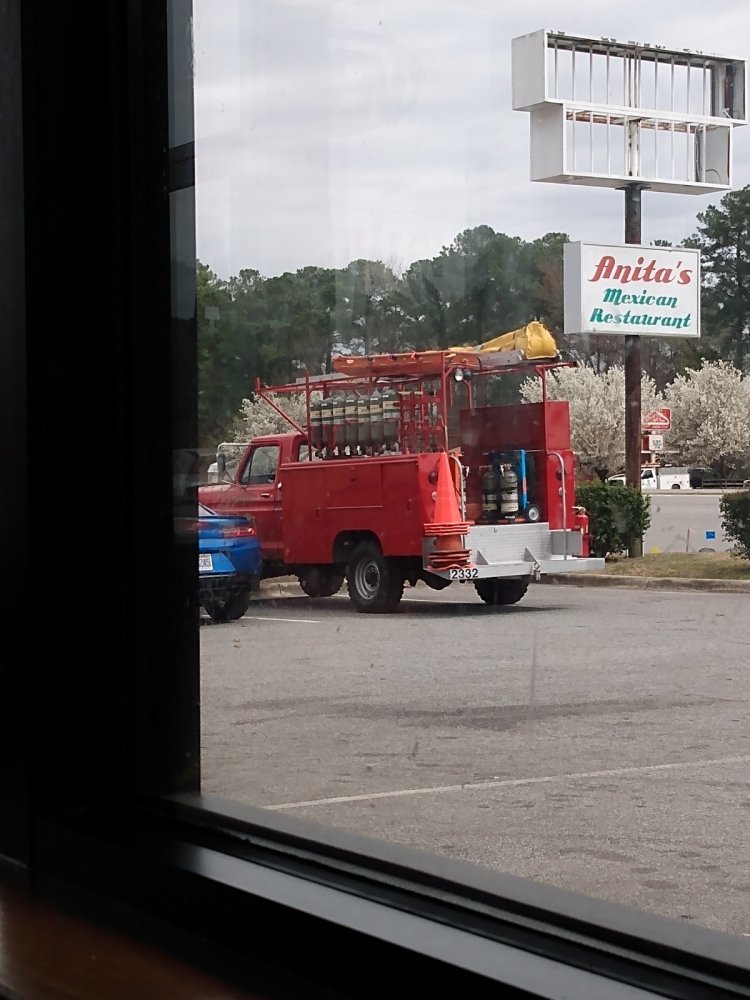 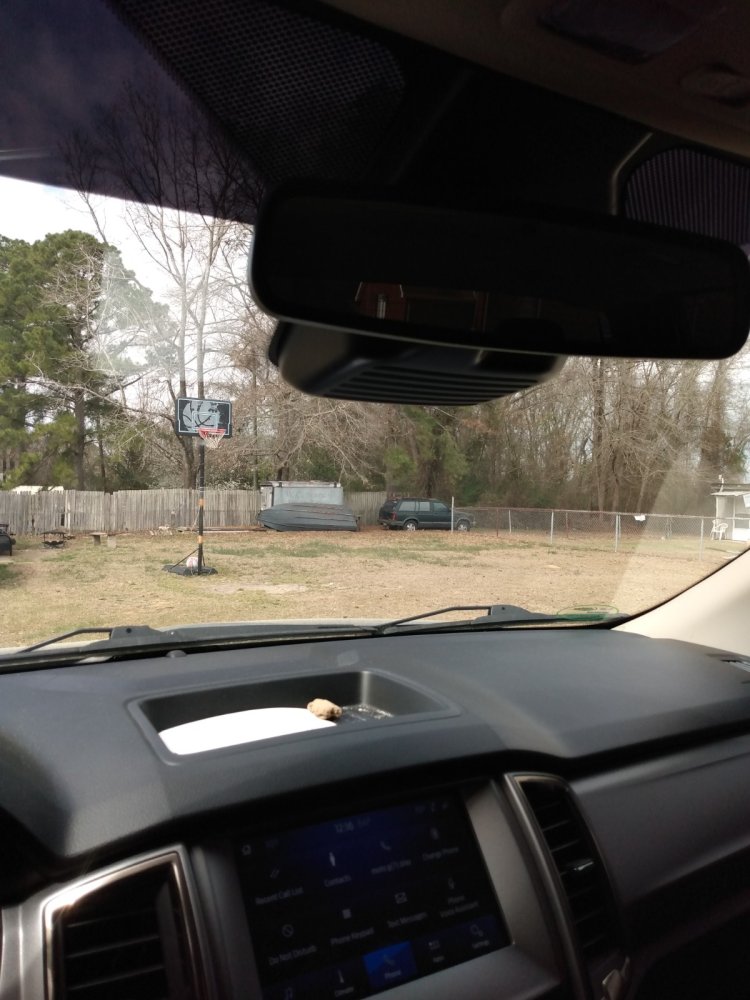 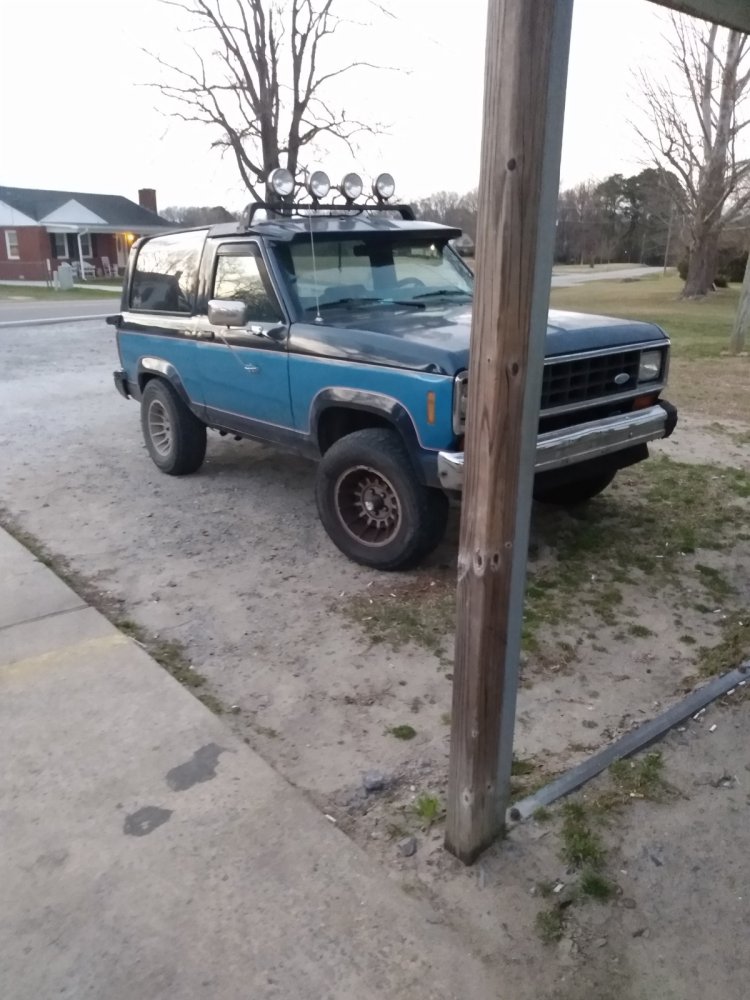 Not a bad find at all! Compared to some of the junk I see in NJ, that looks pretty rust free. (It is a little hard to tell from the pictures).

I look forward to your progress.

Yeah I don't know why they saved like that from my phone it was all weird when I emailed them over... Its definitely rusty this is pretty much small lift MTs and get it running change the fluids and use it around the house and property.

300 is an awesome motor. Not fast, but it will drag a house at about the same speed it moves empty. I’m sad that my 95 is getting pretty rusty, definitely have a love for the full size in addition to the RBVs

Well it made it home last weekend. About $400 in fuel for my super duty and here it is. Tires are ordered. Changed the oil thing runs like a dream and drives like uhhhh umm it drives ok... 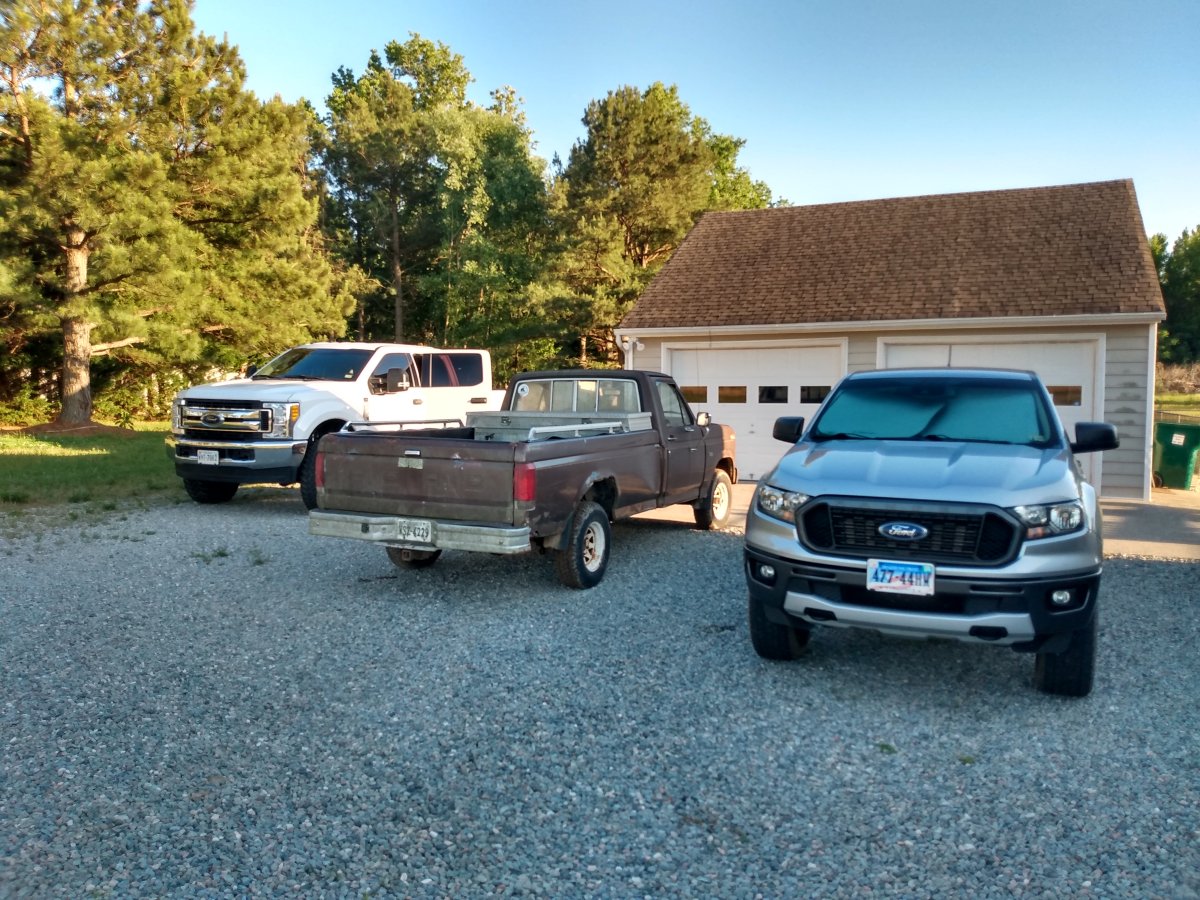 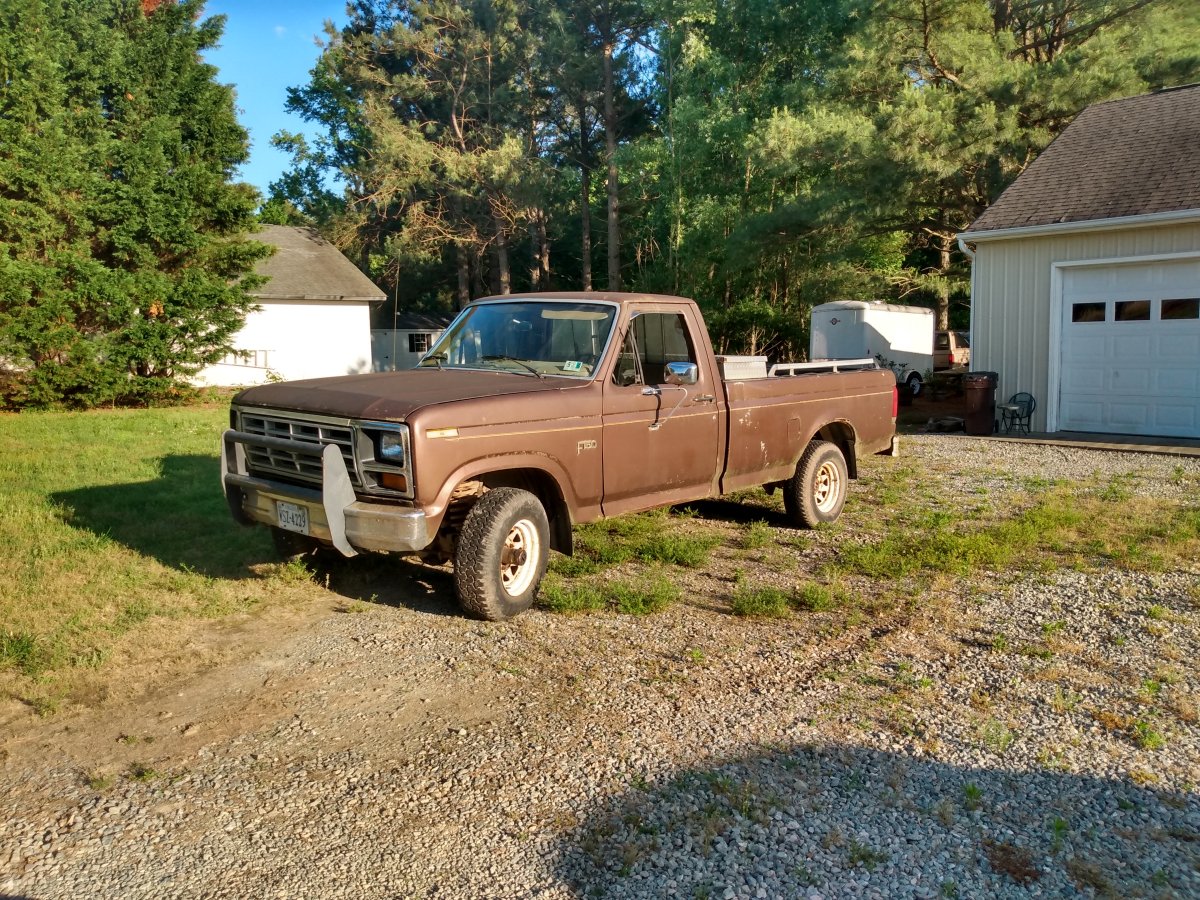 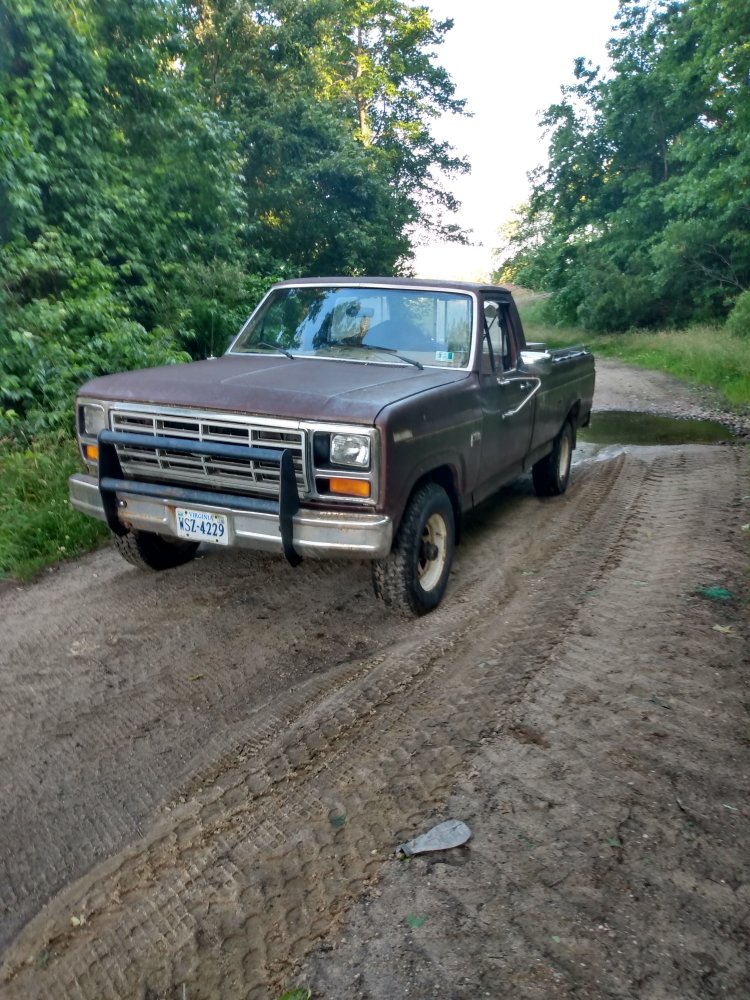 And I ordered some N78-15 Buckshot Mudders(Gates)

Anymore, going old seems to be the better bet. The sheetmetal is heavier and there is less electronic crap integrated into the system.. Cost wise, you either be ahead or break even after fixing whatever may be wrong with it.

Nice, the bed looks “newer” to me, say ‘87 or newer, wheel wells in the back seem too round, esp compared to the front. But you cant beat a 300 for tourque & reliability. Wish they still made them- cant even get a manual in a 1/2 ton anymore much less a inline 6.

I really think you should consider at least one more project...

hahaha yes @racsan it is I didn't notice in the pictures only once I got it home. Within a year or so I think the fender wells will be rotted off enough you cant tell

@Uncle Gump I know I really did NOT need this was just a random conversation with a friend turned into I know where one is turned into I own it... At least this one runs and drives I wont do anymore to it than leveling coils and only what is absolutely necessary. Play around some back roads that's it. Bronco miss is HIGH on my priority list to get figured out..
You must log in or register to reply here.
Share:
Facebook Twitter Reddit Pinterest Tumblr WhatsApp Email Link