Not much has been done for it since my uncle gave it to my dad in the early 90's, it sat for nearly a decade at one point. I think my uncle had taken care of it fairly well which is a shame. I've thrown a lot of parts at it as I could afford them, but after 40 years it needs everything. 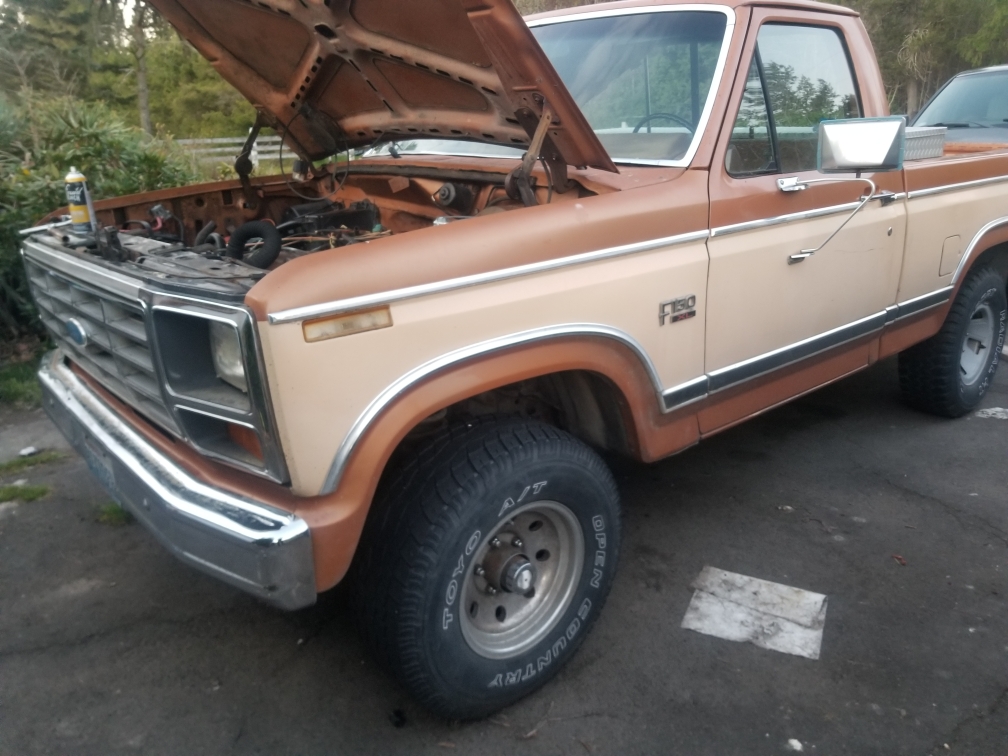 The only work its had in at least 15 years was me taking the manifolds off and putting on new gaskets, rebuilt the carter carb, new battery, fluids and filters, plugs and wires, ignition box and starter relay. I started buying parts as I could afford them, put a new distributor, starter, radiator and hoses on it. Need it to be reliable again for my dad and I think its getting closer. 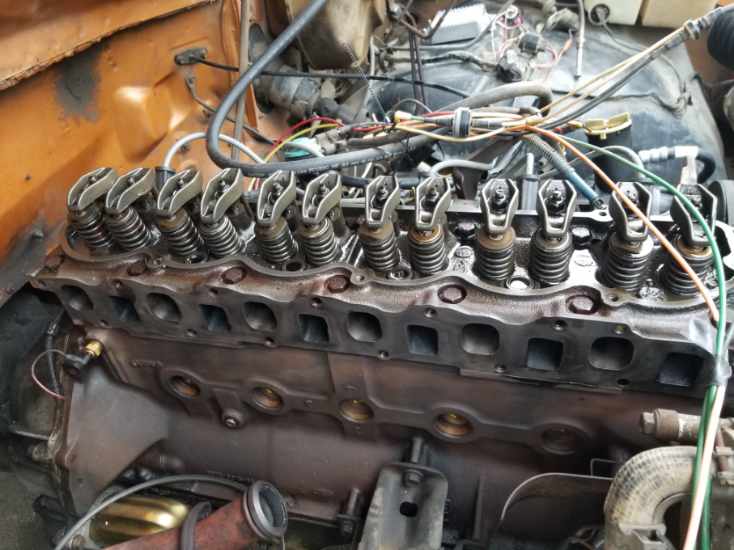 After several little trips around town, adjusting carb, fixing vacuum issues and a new brake master it seemed to be doing okay. My dad reported it was missing or almost bucking/jerking when he's cruising, does good under acceleration.

Had to go over a bunch of my drunk uncles vacuum lines.. At least its much better than before and I got most of the electrical tape out. lol. i'll replace them all soon enough. Still can't find the cruising stumble or misfire thing. Need to figure this out because even though it looks like hell, it runs pretty good!

Currently this is where i'm at. We made it 2.5 hours across the pass and I consider that a win because I have no idea what i'm doing. My dad is a great driver but he could barely keep it straight, it surprised me to see that he was terrified. The whole truck moved on a big bump and it wasn't the typical ass end of the truck movement, the entire truck just feels like jello underneath you and it will damn near jump a lane.

So, front to back like the turd it is, i'm cleaning it up. I ordered a d44 maintenance kit, steering rod kit, poly master bushing kit, pads and rotors, brake lines... right now I have the outer axle u joints replaced and ready to go. I need to either find a way to pull the inner shaft and u joint, or just remove the diff and drivers side beam and do it on the ground.

Have to get something to get my spindle bearings out tomorrow, i'm having a hell of a time inventing tools! I feel like it's going to take another week to get the front end done. Definitely plan on replacing the rear springs and whatever bushings I can, but not sure what will come next. Any questions, comments, concerns are appreciated.

What's the latest update on this build? I am so excited about your future plan for this classic truck.

That thing is minty mc mint...


Might have a sticky valve or two and real weak springs, that's where the seafoam or some diesel can help free stuff up...


Looks like the external retainer on the inner stub shaft...you unbolt it and gently tap around the retainer housing....and up and down on shaft...

Don't get too rough. It's out of the truck anyway...so Poppin it off the beam and pulling the cross pin to drift it may be necessary.....if you bust it Jeff's bronco graveyard may have parts.... If it's the c clip style...you have to pull the piglet no matter what obviously...


Jealous of such nice old iron you guys have out there.

1982 trucks haven't been that rust free here since about 1983. We had a ton of trouble with spindle bearings on that series, we would use a pilot bearing puller to get them out. Some had a small inner seal that was driven in behind the spindle bearing and some had only the larger diameter seal that lived on the axle flange. If you can find the inner seals I'd highly recommend using them. Dirt isn't a bearing's friend.