Microsoft Actually Did Some Good In between the Bad.

As many of us are aware Windows 10 updates usually cause great headaches when they come out and all we can do is revert back to the old headaches given to us from the former Windows update. Well for close to 2 years now many (not all) older 32bit programs would no longer function on windows 10, although when 10 was released they all worked fine, caused by Microsoft being unable to keep up with the updates and test them properly like they said they could. This caused my Asus Sabertooth 990FX r2.0 motherboards software to not work at all other than the monitoring program, that I didn't use anyways, and many of my older games to not run anymore.

Since my PC was purpose built for gaming and being overclocked since day one I need better control of all the fans for cooling the components so not having my Thermal Radar and individual fan control was a huge issue due to being a space heater to start with. (build specs at the bottom) This is the hole reason I purchased this exact motherboard because I can control the fans through the OS and don't need to do restarts to enter the BIOS then heat the system up again to see if it is cooling properly. Got to love them AMD FX chips and the Tahiti GPU's for their heat dissipation in the winter though.

OK to my main point that can affect ya'll, With the release of "August 30, 2019—KB4512941 (OS Build 18362.329)" this has fixed Microsoft's screw up of stopping these programs from working. Mind you it was their fault to start with these programs stopped working to begin with, this is not to say they wont take it away again but we can use these programs while it lasts though.

MY biggest peeve of this hole thing is my CPU Has run 5°C warmer even after re-routeing the wires to other components to gain some control back. BIOS suck to control fans but a good back up in case some thing happens to your OS control program. Then add in I have 2 GPU's, both are massive heat producers to start with, then when both running are at the brink of throttling because it can't ramp the fans up soon enough and case fans are either 100% and loud as hell or at 40% all the time because there is not enough adjustment in the bios.

This is all taken care of now with this update BUT come on Microsoft! I now need to re-wire the fans again, 1 hour job to start with, just because of there screw up. At least now When I play Crysis 3 on max my GPU's wont throttle anymore forcing be to pull the side cover circumventing my air filters, I have a cat so filters are a must with a radiator, letting all the dust and cat fur into the system making it harder and more time consuming to clean every three months.

If you have older programs that stopped working give them a try now and see if you can use them with this update installed.

Cool Bgunner. How many cores and how much total RAM ?

AMD used the first number in the FX series, Bulldozer and Piledriver, to designate how many cores the CPU had, this changed when AMD released the the Ryzen architecture so this no longer applies. As an example the 4xxx's were 4 cores, the 6xxx's were 6 cores and the 8xxx's were 8 cores. So much for simplification right... 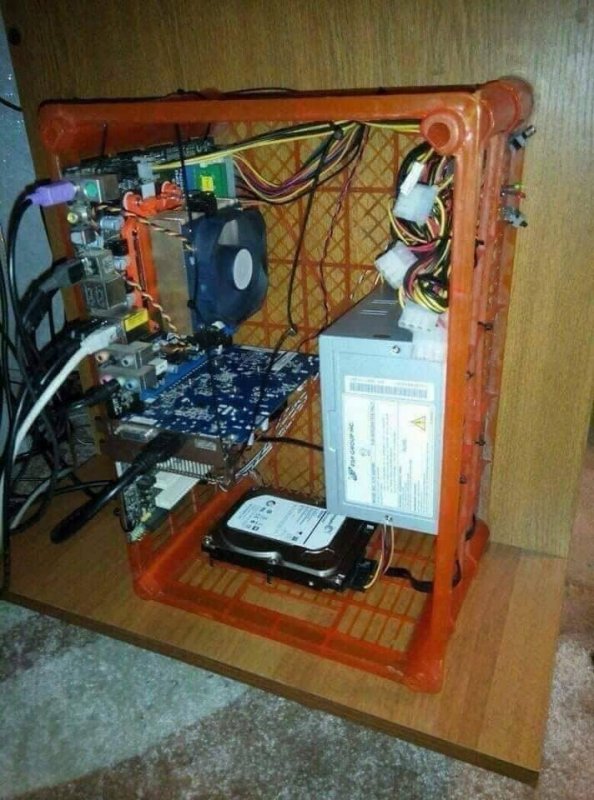 Well, with that new one each number could probably fluctuate. I am well behind on current systems and architecture but am also well aware of its' history

Haha Dirtman, a simple glance told me that is Not the one he described!

That looks ok to me. Below is the main cpu for the robots I work on. Don't know all the specs. All we do is replace the cmos battery, cooling fan or hard drive (1gb flash flash card) or the whole mess. Many of the other boards in the robot controller have their own microprocessors. So the main computer is just the "president" of the group. Who needs a fancy computer case?

What kinda robots? I cleaned out this shop once and found a robot gizmo. About the size of a refrigerator and counter top. It had all these arms and suction cups and air picky puppy things and crazy computer boxes like that. I had no idea what it did, how to work it, or what it was worth. We gave it to the local highschool... 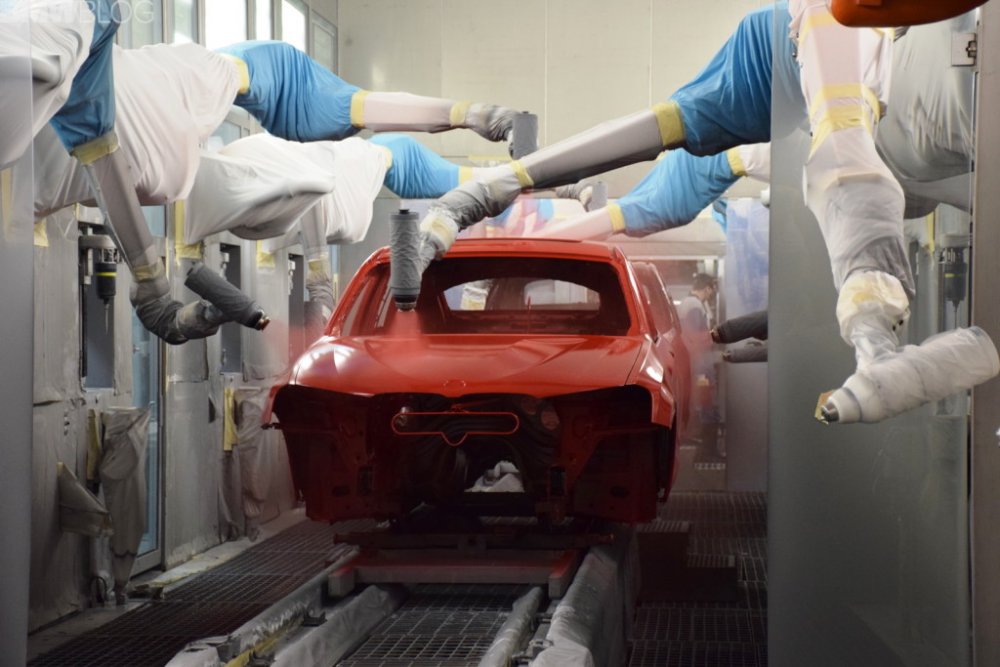 Now that's funny right there Dirtman. My daughter and I are rolling right now because of that pic. Plenty of air flow on that one, for sure.
But in seriousness here is my set up covered in paperwork for the truck. 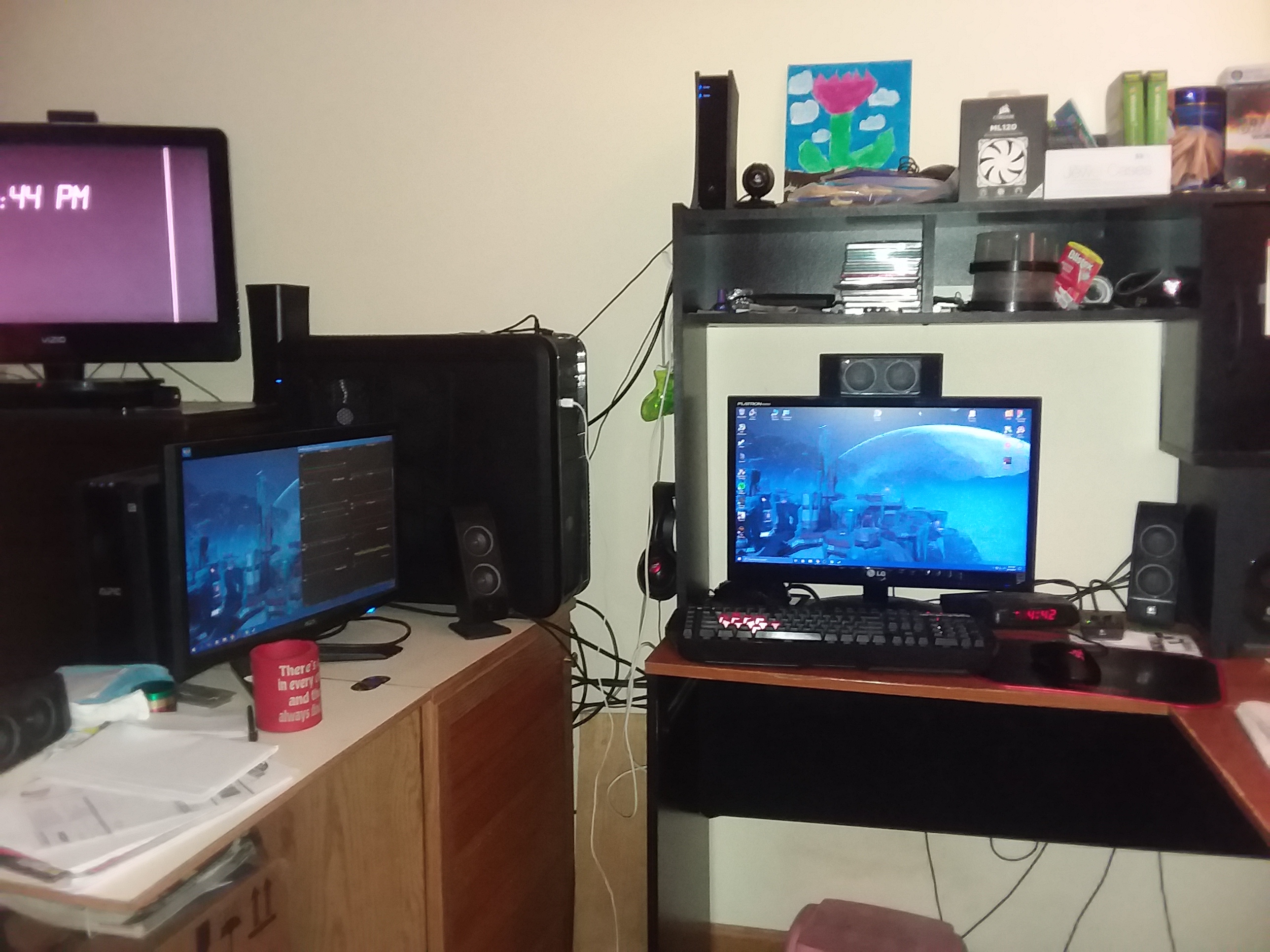 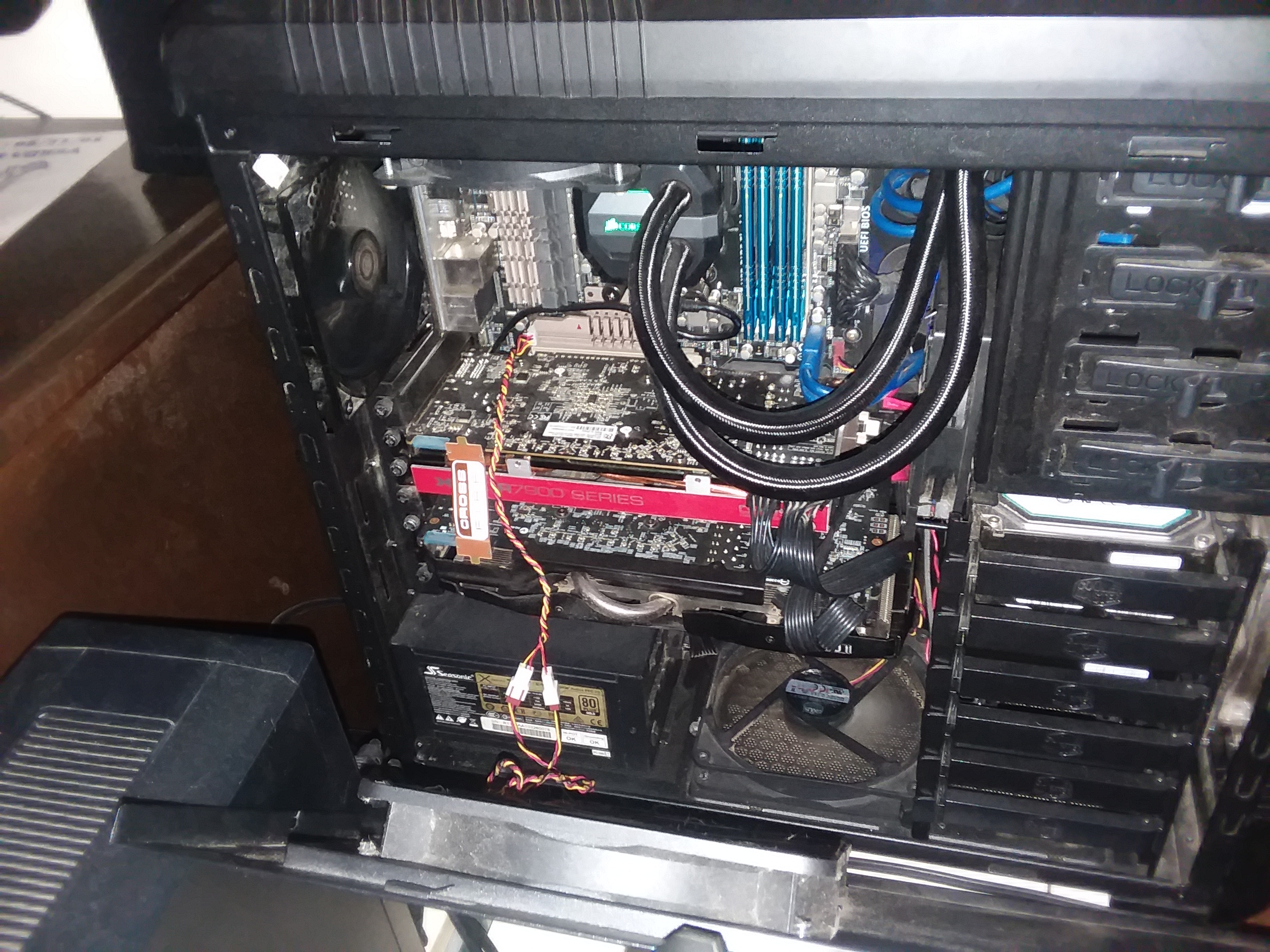 I knew a guy years ago who was building PCs with refrigeration built into them.

They are doing the same now, ericbphoto, for overclocking the the high end AMD Threadripper's and Intel's offerings because of the heat generated by so many cores. I'd love to have a refrigerated cooler like that just to play with my overclocks, I'm sure my pocket wouldn't be happy though..

Another reason I need to be careful of my temps, this lil turd loves the heat that comes out. I have my case lights turn red at a certain temp and she will cause my lights to turn on. 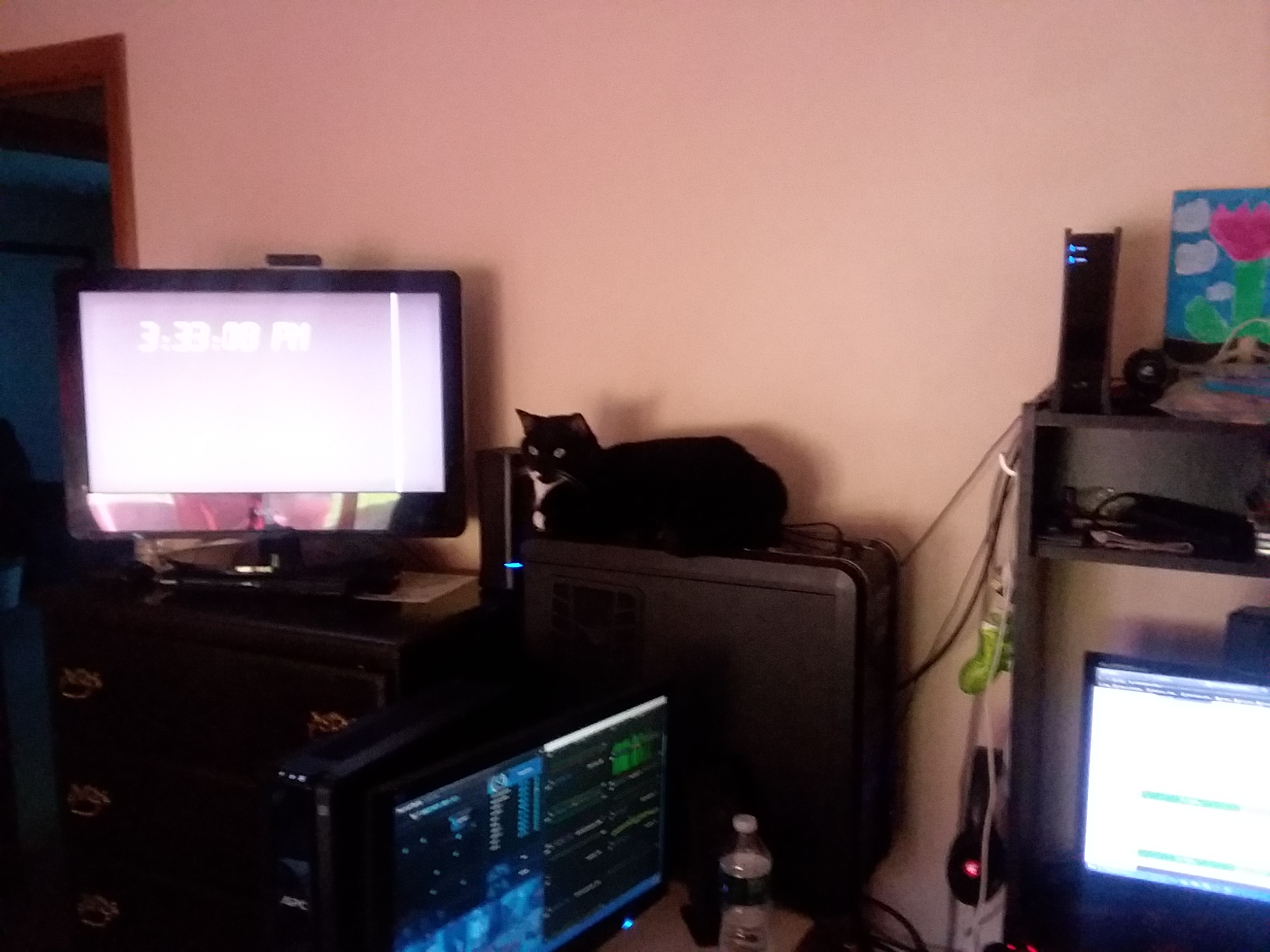 Some times I think she works for the competition in games though... As she walks across the key board.

Now getting back on subject : I have found more and more games I have purchased in the past that I could not play, before Steam allowed returns, that now run without a black screen and shutting down due to this update. For me it's video games but for you it may be that loved program that didn't work so please give old programs a shot now to see if they are now usable. Nothing like nostalgia and still having a use for that program. Kinda gives a fuzzy feeling when you haven't wasted money. lol