Material to use for touch up below window?

There is a strip of, looks like galvanized, metal below the front door windows, the black on it is mostly gone, on the flat part, it looks odd, I want to put it black again. They used some kind of sort of rubberized paint. Because where it is missing is at least a straight line to where it isn't, the fix shouldn't be that hard, and it doesn't have to even be perfect, but I want to put something on there. I'm thinking gloss black (for instance Rustoleum) wouldn't be quite right, it's more of a flat finish, and I'm wondering if anyone has any ideas what would work well there. You almost could put black tape on it. I just want something that matches fairly decently, then it wouldn't stand out like it does, cosmetically. Sure would appreciate any hints or anyone who has had to do this. 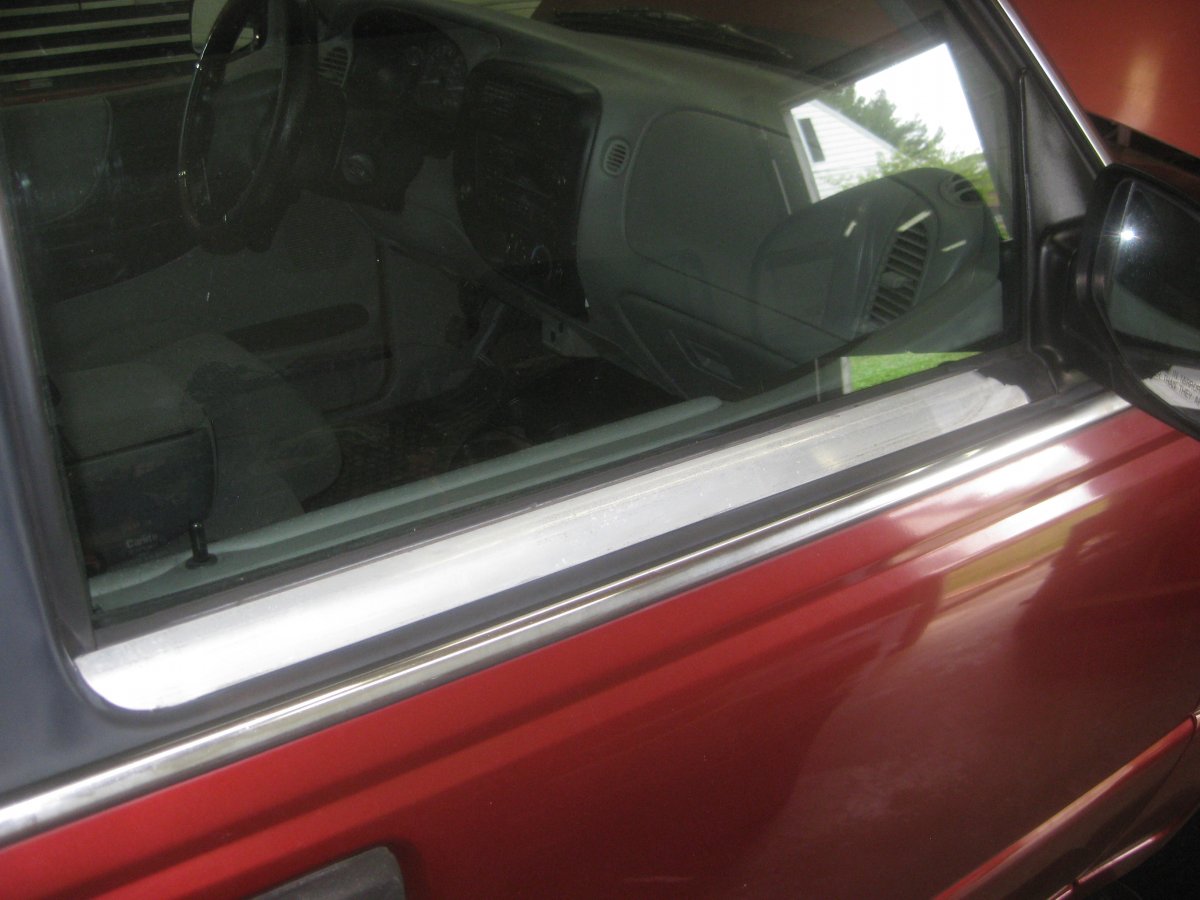 I used rustoleum 2x semi gloss black. Looks pretty good, just masked off around it and sprayed very light coats till it was painted completely

Plasti-dip would be the closest thing to the factory finish.

Something like this maybe - or - Rustoleum also would work.

I did mine and decided against the Plasti-dip stuff since the whole concept of peel-off later wasn't a requirement. Bare aluminum needs a good bond under any coating. The Plasti-Dip wont bond as well as a good rattle can with a built in etching primer. I used this stuff, it worked out well and matches the OE pretty well.

Wow, that looks fantastic! Thanks! What color is the textured Rustoleum, is it black or more or a grey?

It was black, not gray.