I'm looking to buy a Prerunner style front bumper for my 2010 Ranger. Problem is, I'm not seeing any vendors selling this style anymore. I really like the VDF one, but they no longer offer it. I've done a pretty wide Google search, but not coming up with much. Anyone know any vendors still selling something similar? 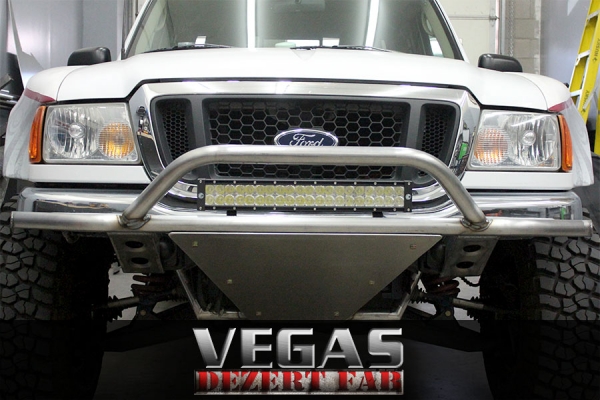 That kinda looks as if the truck maintains at least a partial factory front bumper... and it isn't the bumper that is on your 2010. So more Bull Bar-ish... IMHO. It does looks cool.

There aren't a bunch of choices... look at AOR... they make some nice stuff. They even have a no winch version and tubular "wings" offered now. And a bad ass front skid plate that bolts right on.