Of course, make sure the vehicle is safe enough to be lifted.

Just after I graduated high school I had my truck parked in dad's dirt floor machine shed. It kept having a slow leak on the rear drivers side tire and while were gone on vacation the passenger side went completely flat. So to save a trip I had the genius idea to just pull off both rear tires and take them to get fixed. So I got them off so I went and grabbed a drink and came back out. It was sitting on the drums Dragging the wheel chocks the truck had rolled back off the jackstands (they don't work so good on dirt apparently) bounced off a pole along the wall. We pulled the tail light and popped a lot of it out but that is where the wrinkle came from just ahead of the tail light: 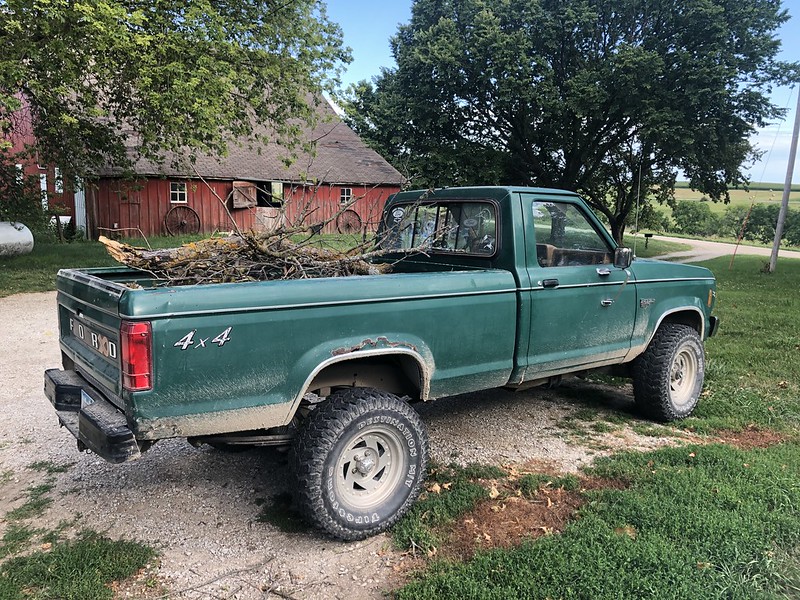 We tried putting it in 4wd while in park and using a hi-lift in the hitch to get the tires back on it since a jack wouldn't go under it (and the only jack at home was pinned under it) But it kept wanting to roll back. Dad ended up getting his loader tractor and picking it up by the receiver. And I was told not take tires off at that spot again.

I used jacks stands every time I jack something up and when I was working I would insist my crew did also. It takes less time to use the stands that it would to heal whatever got crushed when the vehicle fell. I bought OTC stands just like we used at work. It's also important to be particular about where the stands are placed so they'll stay put.

I used those cheap jack stands for a time. Look like they were made out of exhaust pipe steel. Then I had one fold up under the rear axle on my '75 Ranchero after I had jacked up the front end. I was removing a rear wheel at the time. Exciting!