Very curious ... Have you been able to get internal engine parts off the shelf at your local parts stores??

When I rebuilt the Cleveland earlier in the year, and today trying to source parts for a 2.8 rebuild ... every parts store I call I get the same thing ....

"if you find them. buy them" every thing I need is on back order if they can be found at all.

what are you running into for rebuilding problems? and do you have parts for sale you have been hoarding? i am in need.

Local parts stores only stock items for vehicles that are plentiful today and in the last decade or so. Have you checked online at Summit Racing or Jeg's?

Reman transmissions average about a month out. Reman engines are very hard to come by.

We don't rebuild at the dealer I work at.

Good luck finding them. It took over 2 months to get cam bearings for the 390 I built this summer and over 6 weeks to get the cam and lifter kit. Summit was able to get the cam kit eventually, I spent 3 hours searching the internet to find a place to even order the cam bearings.

I had planned to change direction how I was going to repair my 2011 4.0 sohc. I intended just go ahead and do a full rebuild rather than just the heads when I pulled the engine for the 2nd time. The engine is out and I have ran across the same issue. I can't find parts.... I'm having to stick with plan "A".

Rock auto is usually my go to. No pistons are to be found from cheap to expensive, nothing. Looked at summit, O'Reilly, napa, and anywhere else I could think of. No stock.

I have been trying to figure out the same questions for the past year and a half. Where is all the stuff everyone is short on? People say there is a worker shortage. Where are the people still sitting at home? I don't know them. Everyone works around here for a living. Are there boats still sitting waiting to be unloaded? I don't know. Except for communist China, COVID has been over for quite a while now. I don't understand why there are still shortages on literally everything.

Maybe someone smarter than I am has the answer.

Nope, no idea why... there was a national lifter shortage not too long ago... it's very dumb... I haven't gotten much done at work in the last couple years just trying to find replacement parts for stuff we can't get for no apparent reason...

scotts90ranger said:
Nope, no idea why... there was a national lifter shortage not too long ago... it's very dumb... I haven't gotten much done at work in the last couple years just trying to find replacement parts for stuff we can't get for no apparent reason...
Click to expand...

The machine shop I use refuses to build a flat tappet cam engine now because of poor, Chinese made lifter quality causing early failures. He has a row of chewed up lifters on a shelf to show people why. His main supplier won't sell him a flat tappet cam because they can't find one they can stand behind. I called Comp before ordering the $1200 Roller cam kit from Howards and the smug jerk I talked to said there is no lifter problem and they're not having failures, it's all superstition. Several of the torn up lifters on display at the machine shop are Comps. Maybe if you use a high zinc oil and do a careful break in with light valve springs, then continue with the high zinc oil I'd feel safer about a flat tappet cam. Maybe.

Lotta guys don't know about breaking in a flat tappet cam either.

Just for laughs look at the cam tappet failure in this motor. I'm in the process of restoring a 48 Willys Jeep. I first noticed two lobes on the cam chewed up. Once the cam was removed I was surprised at the two tappets. I'm thinking how long must someone have been running this motor like this? NOS cam and tappets is all that is available.

Last night I was able to find the parts and order them from rockauto. crossing fingers they will work. their parts listings are looking out of stock on many items. 1 thing that has me on a stand still on another project is from L&L parts, seeking a clockable oil relocating filter adapter... can't make the ones i can find work as they won't line up with the block.... always something.

(on the lifter side, the parts stores around me can not stock lifters. your common 350 chev lifters are a non stocking item, as long as with bolt sets .... everything is on "back order")

No, I have noticed they have been out of internal parts and parts in general for the 2.8L and other engines for a while. It is one reason I have not bothered to fix my current 2.8L, even though I have a full 4.0L clutch set to swap in. I could not even get a full gasket set from Fel-Pro locally to rebuild the current one. I do have a rebuilt 2.8L to swap into it, but, I think I might junk the B2, sell the engine, and go FSB or another F-series where I can still get 302/351 parts ... for now.

The parts I got from Dorman/RockAuto to fix the B2 were utter junk. I have just not had time to post the pictures and fixes I had to do. I could tell you the reason I think it is all happening, but, you would have to have taken a lot of red pills to understand it, and it is not for this site. RBV owners are simply not going to get parts for the older vehicles and for F-series owners, cheap stuff from China is going to dry up too.

This all started back here:

We Found the Full List of All 677,081 Cars Killed in Cash for Clunkers 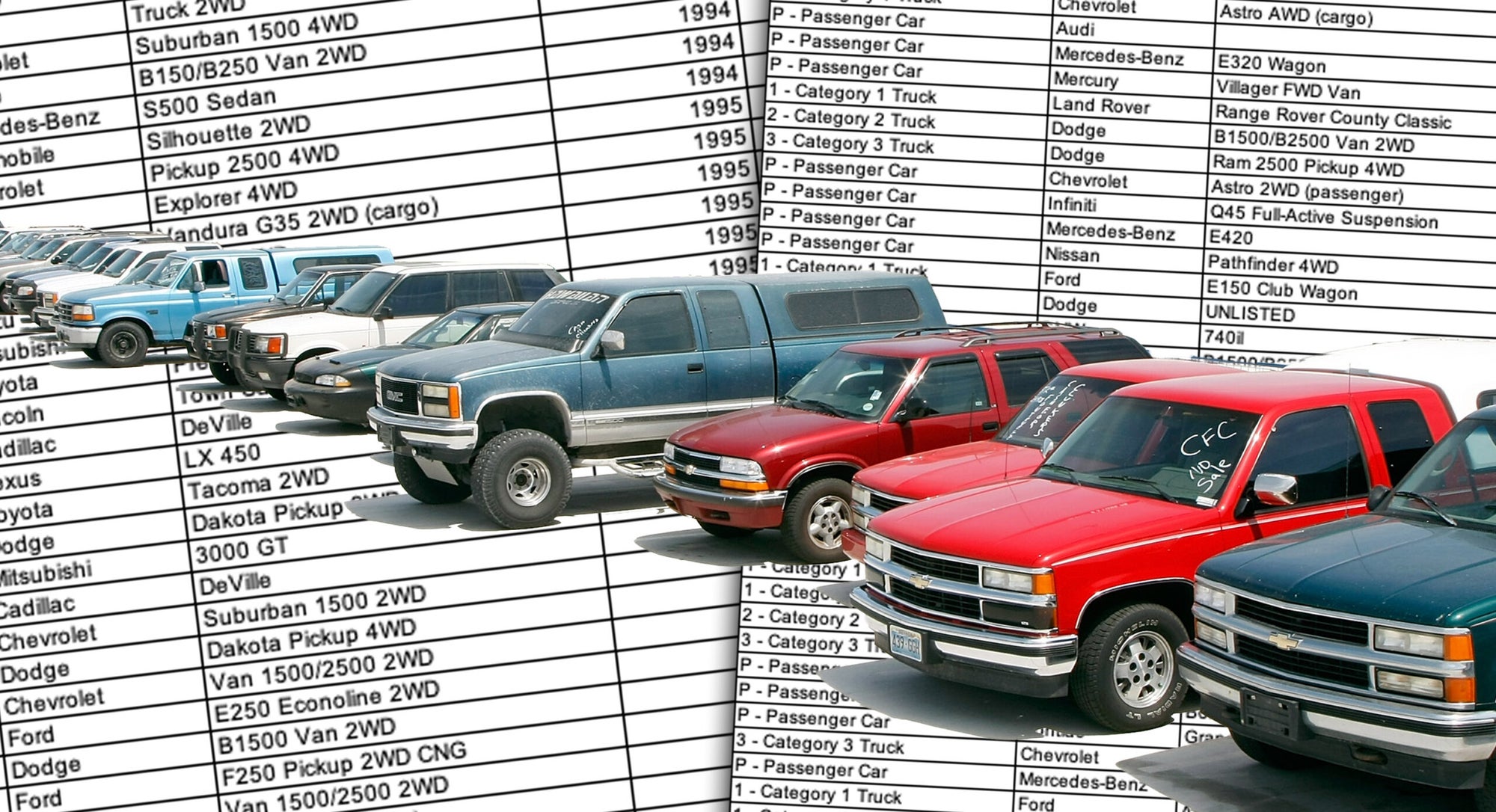 We Found the Full List of All 677,081 Cars Killed in Cash for Clunkers

Dug up from an archive of a defunct government website, this document shows every single car that Cash For Clunkers destroyed.

CFC was totally useless as intended, intentionally. Same thing with cash for caulkers, which was meant to pay back SABIC, after they created an environment to "supposedly" force GE to sell their plastics division to them. All the people in this deal, example Peter Lanza, just happened to be involved in the false flag Sandy Hook (Alex Jones is part of the elite "family" running the scam) too. The rebate for new appliances did one thing successfully, it made people buy new "stuff" where it all has to use EPA approved energy saving circuit boards. Which happens to be sourced only through ... SABIC world wide, because they bought the patents with the GE plastics deal.

In fact, Ford is just about the only OEM car maker not using SABICs patented plastic recycling methods because Ford developed their own "auto fluff" tech.

One way or another, because of the "elite's" religion, they are going to force people to give up petro driven anything, with a lot of graft as a side benefit, because they are planning a future where everything is controlled by a central computer source, through the airwaves, IOT, from humans to vehicles.