I name him... Stickers 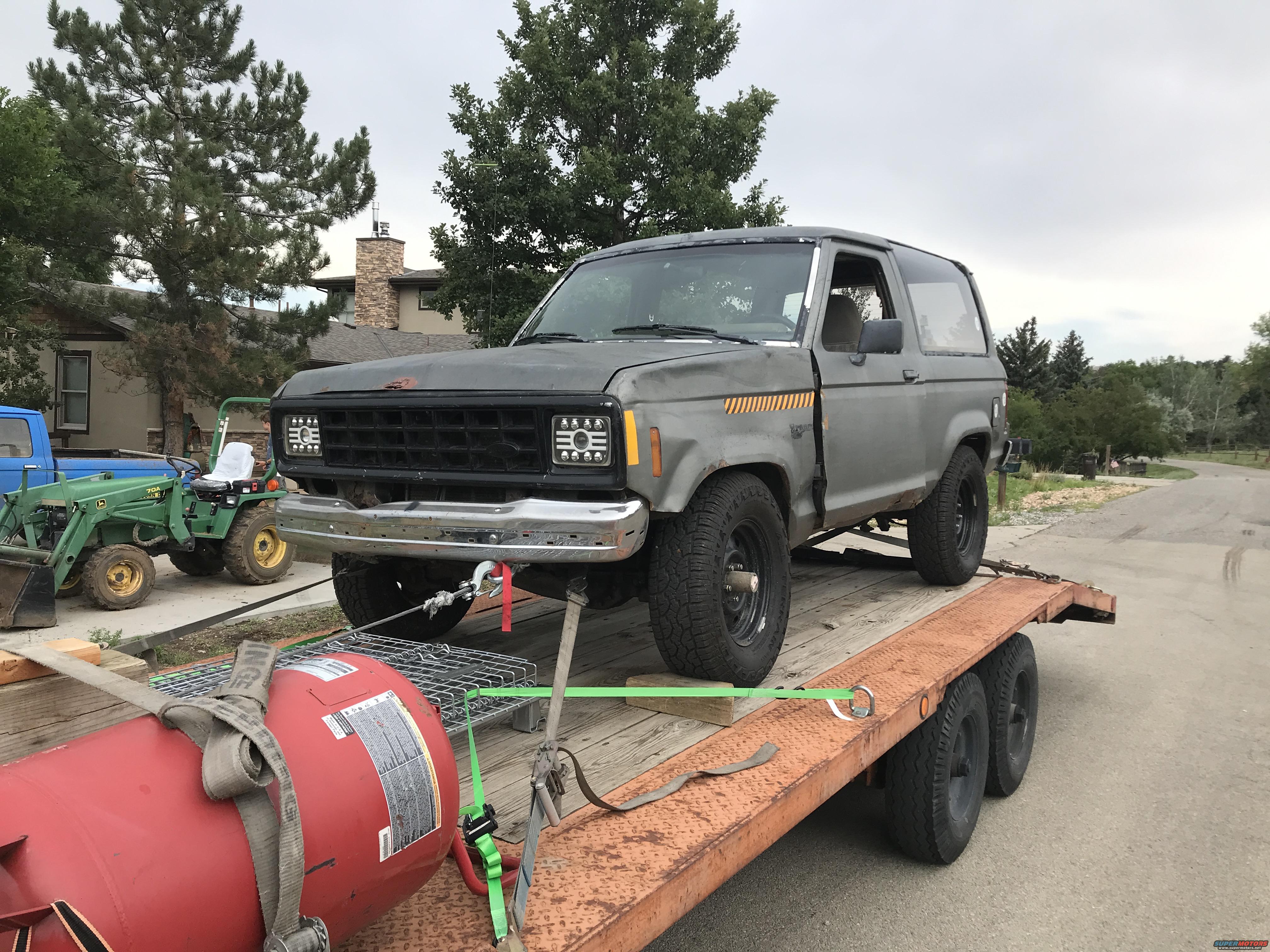 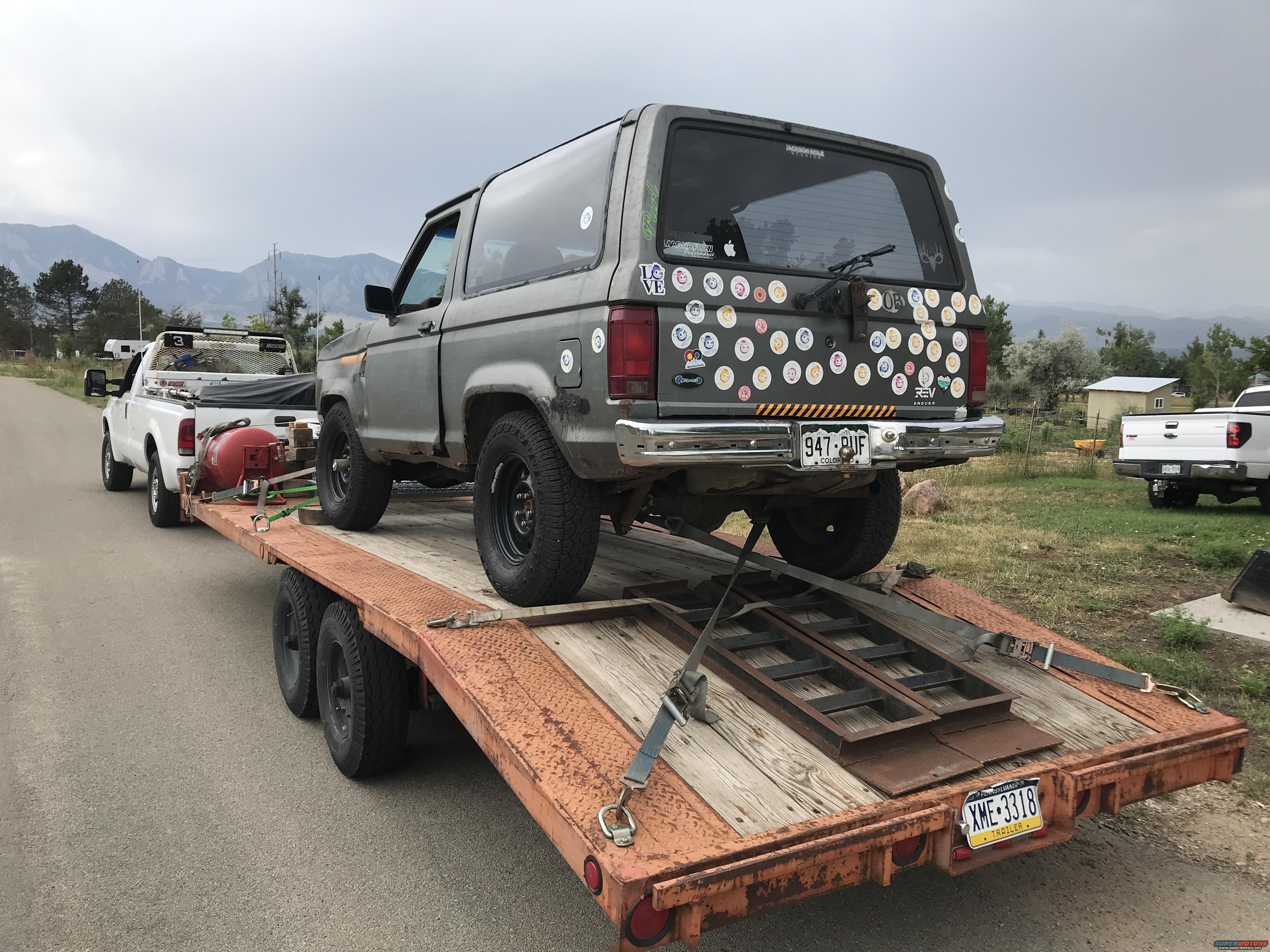 Drove to the gas station, then found a leak in the tank. LMC had me a new one in a few days. Then I found out the in tank low pressure pump was bad. Doh! Shoulda checked that, but just cut a hole in the floor to make a quick change. Next I replaced the drivers side window to be thanked with an EEC failure. CE light stayed on steady, but it would't interrogate any codes 11 or otherwise. The EEC was also commanding the fuel pump to run continuously every few key cycles, and not a stuck relay. Rolled the dice on an eBay used unit that actually worked. Popped up a code 64 for the intake air temp circuit being shorted, and sure as shit that sensor was a dead short. $16 bucks for a new one, no CE light, and pulls a code 11 pass. Still stalls after idling for a few minutes, or when giving throttle in a higher gear. Always fires right back up. Need to find my fuel pressure gauge, and/or change plugs next. 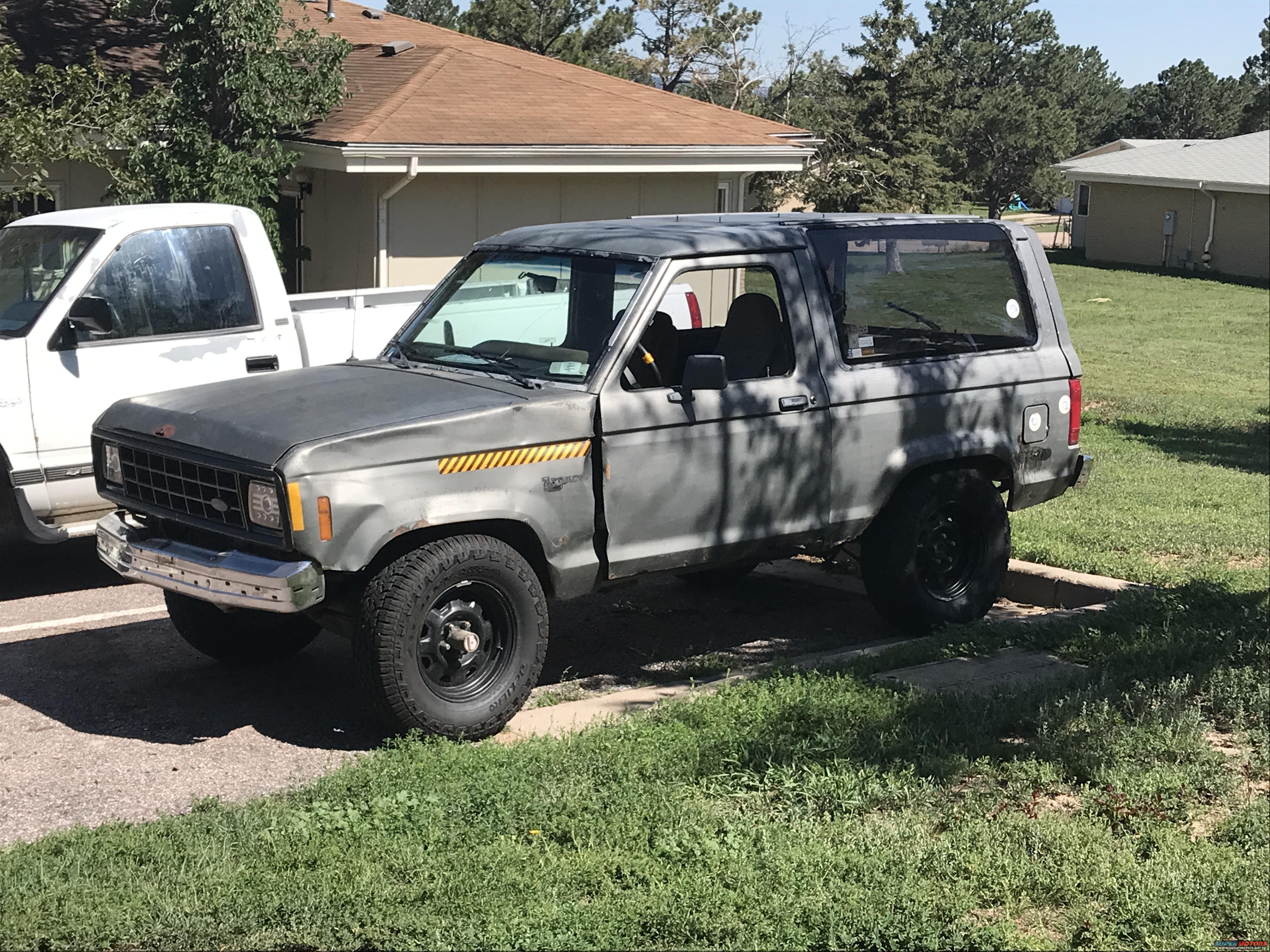 Someone liked some sweet cow... whatever that is.

What's the overall plan with it?

The 16 year old kid that had it went to an ice cream shop with his girlfriend and she put the stickers on.
My power stroke is only 4x2 as I never expected to have to move to Colorado. Won’t make it up the mountain to work, and it would cost 2K to get any of my PA 4x4s out here so this will be the daily.

New low pressure pump in but only have 30 psi instead of the book staying 40. Changed the high pressure pump, still only have 30. Waiting on wife to come home before I go test drive running up the mountain.

Keep the stickers, and head lights. Love it.

I'm fifty fifty on the headlights. Not my style, and the turn signals only work if the headlights are off, but I'm betting it's a wiring mistake seeing the way other things are done. Here's the high pressure pump wiring... These people work on things and walk/drive among us. Wire nut was rubbing on the driveshaft. 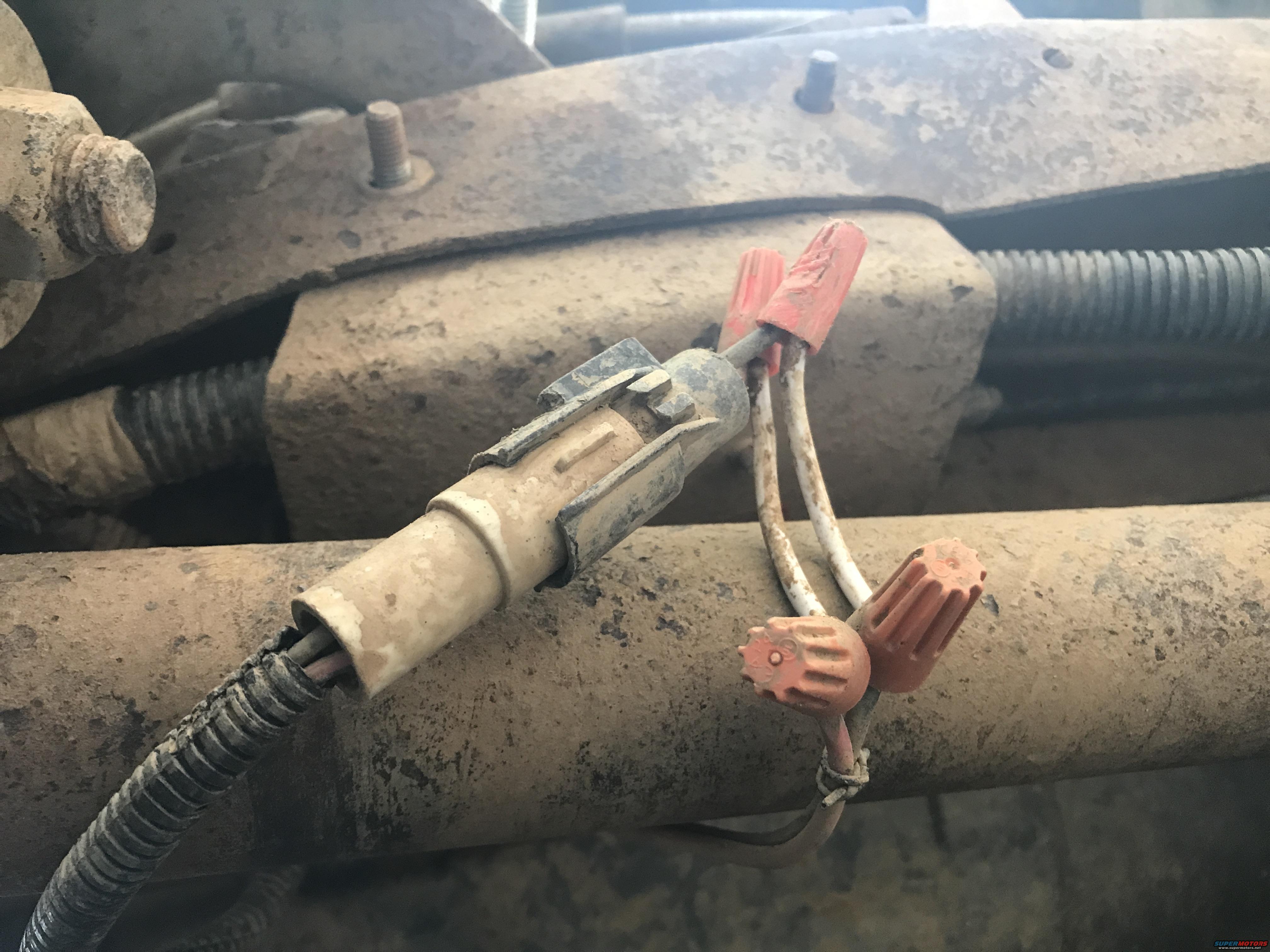 It's always nice to see something that was never meant to get wet on a vehicle.

I just converted My Bronco II from that old two pump abomination to a single in-tank high pressure pump and a single filter. Details are in my build thread here...

You may not have a fuel pump pressure issue... it could be the regulator.

That sure is some quality wiring...

Third pump is the charm. 42PSI and rockets up the mountain to work today. Yee yee!

Single pump setup is on the list of things to do if it holds together daily driving for a month.

Anyone have a parts truck with the connector and good pigtail that goes into the master cylinder for the fluid level sensor? Appears to be unobtainable in searching around.

4 trips of 2000 foot elevation change no problems. Few more weeks of solid running and I’ll get a new windshield.

One week of running successful enough to trust it to go to dinner and not have a rescue plan of Heather sitting at home. 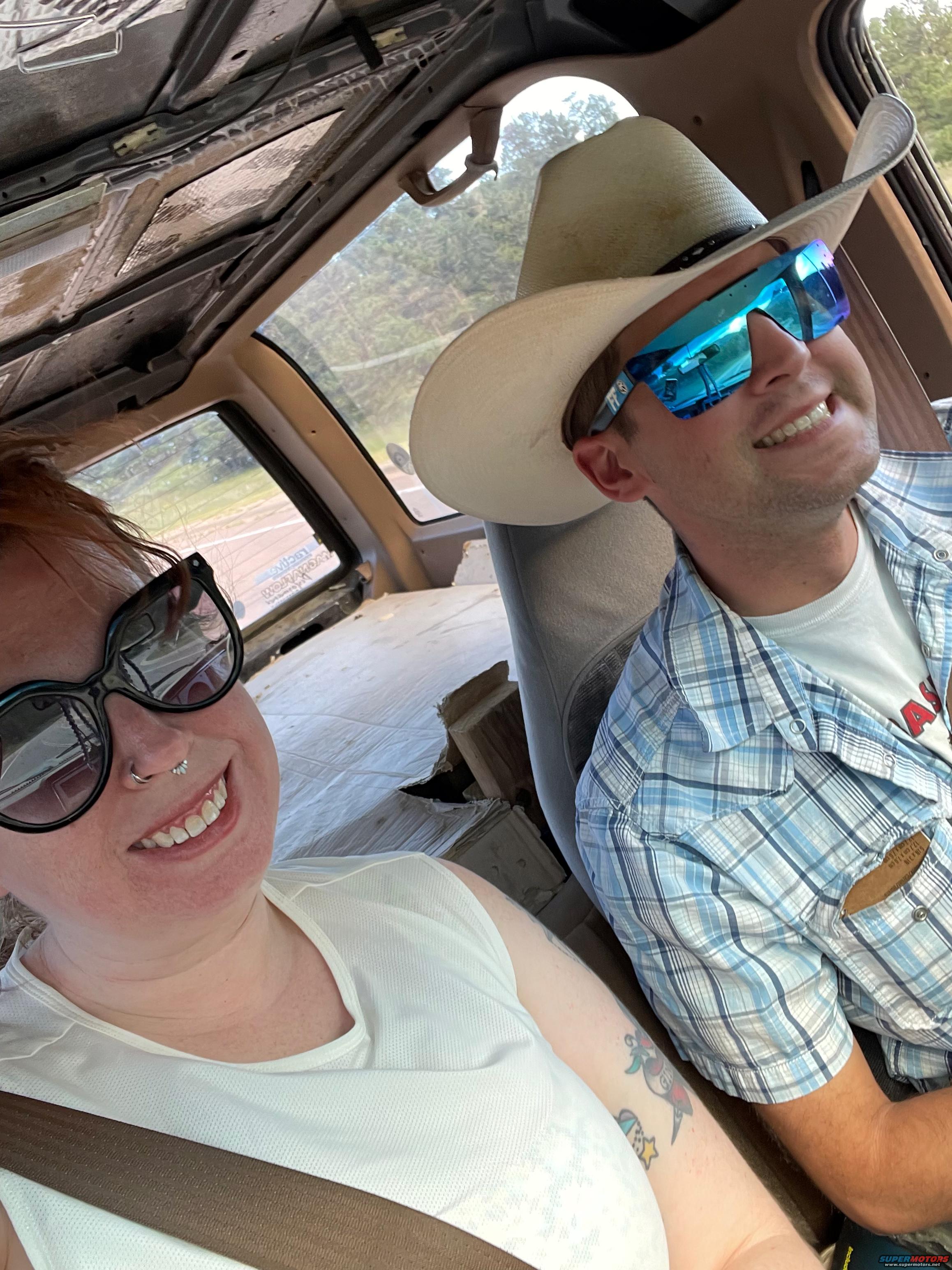