RonD said:
Then they have DOHC with timing chains longer than my.........well long ones
Click to expand...

Longer than a single link of SAE rs25 roller chain?

I was going to say "longer than my RAP sheet", so thank you

Off hand and not knowing for sure what the FX4 Level 1 or Off Road models have, the FX4 Level II came with the previously mentioned 4.10:1 gears. 31-spline 8.8 rear axle with a Torsen limited slip, and some years had a manual transfer case. As far as any electronic packages or interior trim, I couldn't say.

The Level II only had a manual shift transfer case in 2002 and 2003 and only on trucks that were manual transmission. All the auto transmission ones were electric shift just like all the other 4x4 Ranger trucks of the era. The differences, as has been stated before, is the 31 spline with torsen differential and the shocks.

Something else was stated incorrectly earlier - with the "live" front axles, when the front wheels are turning, the axles and differential and front driveshaft are always turning too. There is no disconnect in the differential. Its just that the front driveshaft is not connected to the rear driveshaft in the transfer case. The actual difference in economy compared to the locking hubs being unlocked is less than 0.1 mpg. The reason they made locking front hubs in the old days is the front axles had u-joints rather than cv joints and the u-joints on the steering wheels wear out pretty quickly if they are always rotating because of the large angles when turning cause a lot of vibration (acceleration/deceleration) in the axle shafts. Given how difficult it is to change those u-joints, they decided to disengage the hubs when not needing 4x4.

Isn't it impossible to make an FX4 into a REAL FX4 Level II due to the difference in VINs? Also, other things on the Fed ID decal wouldn't match up (ie. tire size).

Yes, that is correct

An FX4 is an FX4 forever, you could strip all the options to make it an XL, but it would still be an FX4, lol

You could put a Mustang front clip on it and call it "Mary", but it would still be an FX4

Only Ford could build a Level II

Yes, you can build an FX4 L2 clone but only Ford can build an authentic L2. Although, I have an FX4 that is the Ford built equivalent of an L2 . The main things have been listed so far are the Torsen rear diff, Bilstein shocks, better skid plates, 31" BFG AT tires, unique stainless steel front tow hooks, unique Alcoa alloy wheels, and manual transfer case shift with manual transmission in 02 an 03.

A few minor details that have not been mentioned are the unique seats on earlier models, black rear tow hook (unless a factory receiver was installed), black valence and fender flares on earlier models, of course the FX4 L2 decals, the sticker on the inside of the gas flap that lists the 31" tires and pressures for them, and I think the interior vinyl was uniquely black to FX4 L2 or at least on earlier models (not sure on that). I am sure later models had other items unique to an L2, but I don't know about those.

I looked into switching to the manual locking hubs. You do have to switch a lot of stuff on the front end to the vacuum hubs that were used in 98, 99 & part of 2000. They use a smaller wheel bearings and are not as durable. You also have to buy the conversion locking hubs and many people had problems with those. I decided it was too much work and too expensive (for new parts) to end up with something that was less reliable. I spoke with a Ford engineer about the difference in mpg and was told it cost about 0.3% in gasoline. I drove on a long trip once with the front driveshaft out and I got better than a 0.3% increase in gas mileage but it was not much more than 0.5%. I swear it felt peppier though and I could not feel a very slight vibration that I normally get at high speeds. That happens approaching 90 mph and I don't go that fast very often. So far at almost 260K miles, the only thing on my front drive train that wore out was the CV joint boot. That let all the grease out and wore the CV joint before I discovered it. It ended up being easier to installing a new front driveshaft, and found a source that was good quality at a reasonable price

It was stated that you need unlocking hubs if you run a locker or LSD in front. I can imagine that may be true for a locker but I have been running a Torsen front diff for many years and do not feel any difference in 2WD than it did with an open front diff. There is a slight on center stick when I first drive it when the temperature is near 40 or lower. It is barely noticeable and I think many people would not even feel it.

gw33gp is right. Honestly, other than a Torsen diff, Alcoa rims and 31" tires, the differences between the FX4 and Level II models were mostly cosmetic.

I also installed a Torsen in the front several years back, and there is very little difference in how the truck drives. According to tech support I talked to at Torsen, the diff will almost freewheel while it is in the front, and in 2wd. As long as there is no power going to it, it will not act like a LSD. It was honestly the best upgrade I did to the truck as far as driving performance. I have used it on deep snow covered roads, packed snow covered roads, and no matter what, I really had to work to get the truck to lose traction.

Just don't put it in 4wd on dry pavement, the front drive will be grumpy, especially if you try turning.

RonD said:
I was going to say "longer than my RAP sheet", so thank you
Click to expand...

I'm @RonD in the place to be,
If you wann know about Fords,
then just ask me.
I know more about Fords than any of ya'll
If you wanna go fast, or just mall crawl.
I spread my knowledge on TRS,
Shout out to @Jim Oaks,
for starting the BEST,
Ford F*ckin Ranger website of all time
I'm @RonD and that was my Rhyme.

Birds of a feather flock together 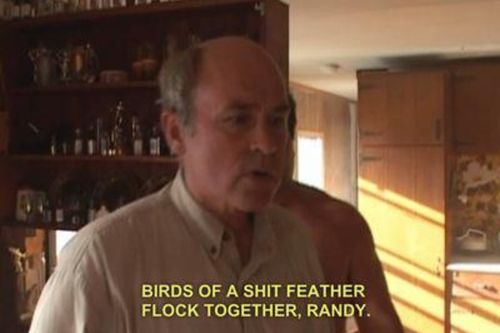 Uncle Gump said:
I think by 04 there were no locking hubs of any kind on a Ranger. So if you're trying to "build a level II" it wouldn't have had PVH hubs.

There are a few articles to look at to convert to PVH and then manual locking hubs.

go down to the hub section