I'm approaching the point of reinstalling the 5.0 in my '99, but have run into a snag. The knockoff headers I bought a couple of years ago don't quite fit. There's no real recourse because of the source and the time involved, so I'm looking for suggestions... 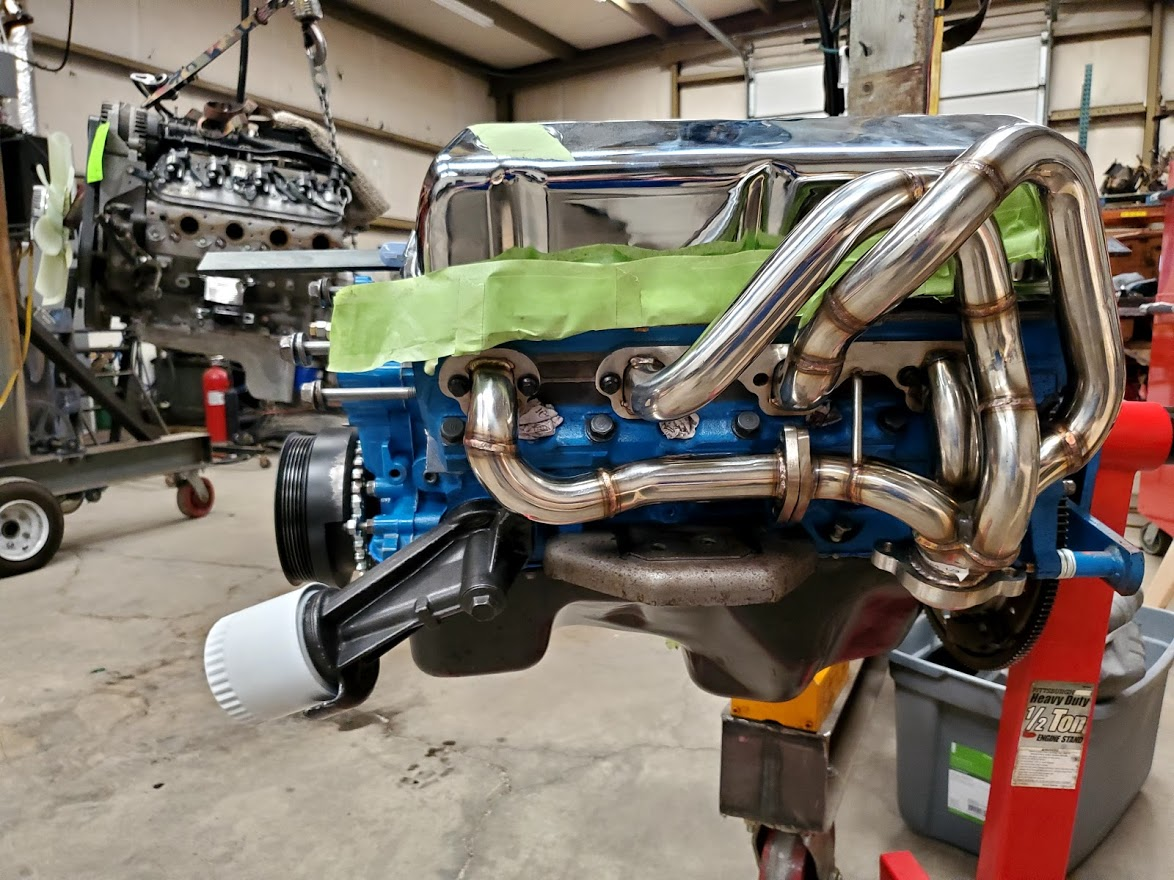 The flange for the pipe from the #4 cylinder is rotated out of position counter clockwise with the flange it mates up to, as well as being canted too far forward at the top. This is way out side of my skillset to fix.

Two possibilities jump out at me:
1) The flange from the #4 cylinder could be cut off its pipe, bolted to the flange it mates to, and then the pipe tacked into the correct place and rewelded after removal to line everything up.
2) Measure the corrected angle to make the flange parallel to the one for the rest of the pipes, and mill it to that angle. The rotational mismatch could be handled by simply expanding the bolt holes slightly.

Which of these would work best (or is there another, better option to consider), and what sort of shop would handle such a fix? It's no problem to pack the entire engine up and drive it around town to someone with the right equipment.