RobbieD said:
The floor plate screws are under the carpet, and you can't really get to them with the carpet in place. You can remove a seat (passenger is usually easier) and the step plate, and then fold the carpet back enough to get the floor plate out. The carpet should just pull out from under the kick panel trim.
Click to expand...

Yeah, I don't think I'll try that unless I have to.
....but kick plate, under the pedals, or under a door?

They are under the carpet. I use an 8mm flex head gear wrench, I can get them all just by lifting up the carpet a little bit.

I searched, no I've never had any of those. 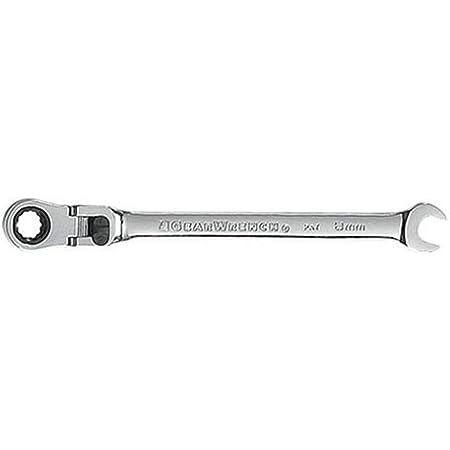 I have a question.
If I support the engine with a jack, and leave the rear cross-member and mount anchored, I can undue the trans from the engine without a jack under it.

It would really be in the way trying to get to those bolts with a jack under the transmission. It can't move back with the rear mount tight, right?

I'm not sure if I'm completely following what your question is, but once everything is disconnected (i.e.- bell bolts, rear mount) the trans will have to move straight away from the engine a couple of inches to allow the trans input shaft to clear the pilot bearing and clutch. Then it can be lowered clear from the truck.

On all of ones I've done, what worked best for me was to have the jack* in place under the trans, remove the rear mount and cross member second-to-last, slightly lower the jack, then lastly remove the bell housing bolts and then roll the jack back to pull the trans away from the motor.

The problems I see if you don't lower the trans, and thus the back of the engine (at least a little), is that the trans bellhousing will likely run into the firewall / tunnel sheet metal not allowing the trans input to clear the clutch. And, the lowering also allows the shifter stub to clear the floor, letting the trans move to the rear.

I've never tried to remove an RBV trans without removing the cross member, or not lowering the rear. Others may have, though, and can give better advice to your question.

* I use a floor jack with a homemade adapter, just like you're doing: 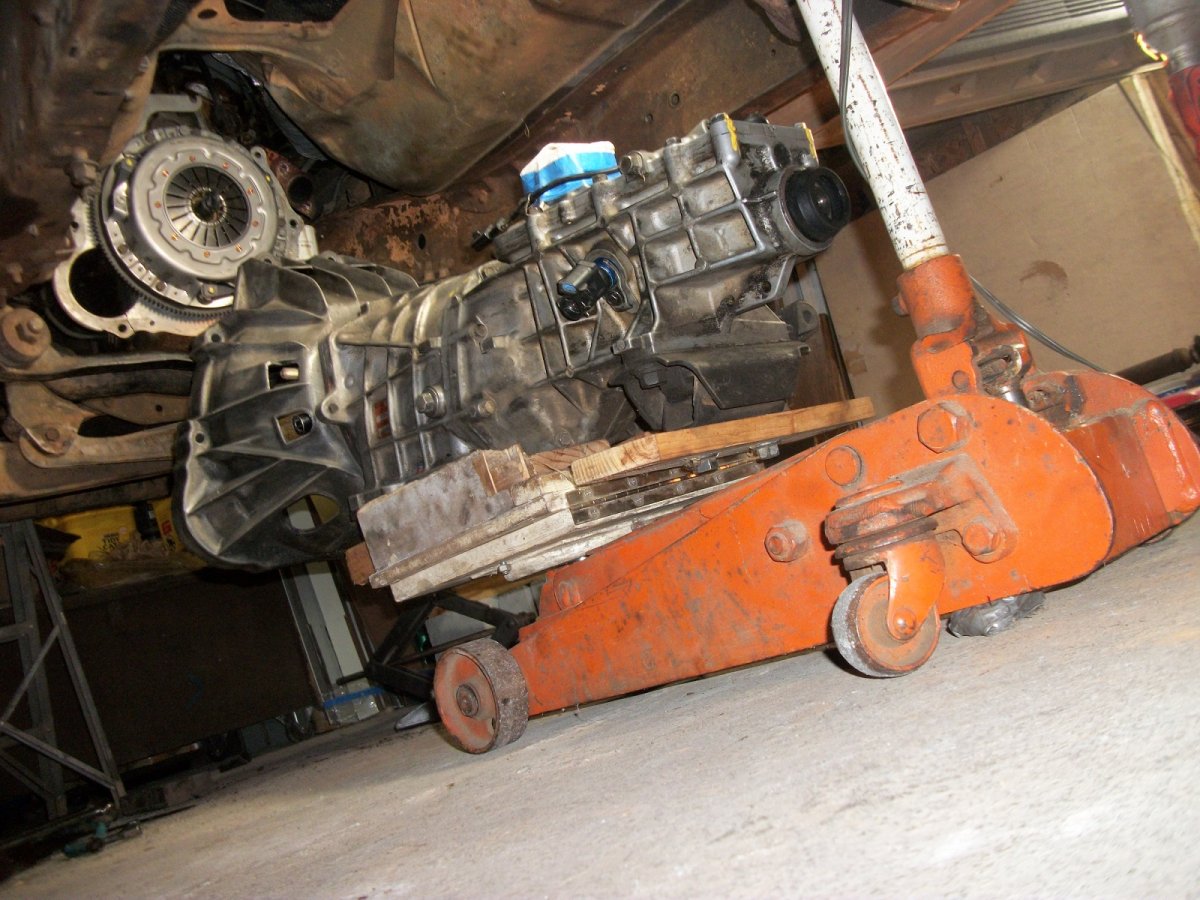 (but yours looks a hell of lot better than mine, BTW!).

What really helps is to match the angle of the transmission so that it removes and installs as straight as possible to the engine. My "Bubba adapter" is a clam-shell design with a hinge (seen on the rear), and I tap in a plastic wedge on the front to get the angle just right. You can use wood scrap on yours to accomplish the same thing: cradling the mission and matching the angle. I've used the rig in the pic to R&R transmissions behind a 2.3, 2.8, 2.9 and 4.0, autos and manuals. Not pretty, but it has worked fine for me for years.

Keep us posted on your progress. Good luck!

Let me clarify. I'd like not to have a jack under the trans when undoing the bell housing from the engine, so the jack isn't in the way.

That way I'll have plenty of room to get around and undo the bell housing.
Last edited: Jul 10, 2021

Your jack works well. I have no clue how mine will. Wedges for front to rear angle is a good idea. I'm still adding some blocks on each side and piece of plywood or siding underneath.

With any luck, I'll use my jack this way one time, put the saddle back on and never see the trans rig again....tho I won't throw it away.

I'm hoping to drive this and my Acura for the rest of my life. I'm 66 and only drive 2500 miles a year both vehicles. I've already gone completely thru my '90 Integra. That engine and trans was easier, both out the hood with a crane/hoist....but it took me 3 mos. in the dead of winter.
Last edited: Jul 10, 2021

You're doing good. Just make sure the transmission is cradled well or secured to the jack.

RobbieD said:
You're doing good. Just make sure the transmission is cradled well or secured to the jack.
Click to expand...

Cradled with staps thru the frame?

9723 said:
Cradled with staps thru the frame?
Click to expand...

Sorry; what I meant was, make sure that the transmission is fastened securely to your jack, either by making a cradle of wood scraps on your adapter plate and/or strapping it to jack's adapter plate.

Major delay. My battery bank crashed last night. 2 cells, 2 batteties...4 years old. I'm going to replace the whole bank (8, 6vt L-16 batteries@428AH each). I might get the trans out waiting on the shipment, but being completely off-grid means the batteties take priority. When I get the trans out...I'll post that. I think it'll go fairly smooth, thanks to the advice I've gotten here.