HHD uses a spinning disc and a moving head to read and write to the disc, these are less expensive and can hold more data
Because they rely on moving parts they have extra failure modes that SSD won't have, but either can fail
In a laptop an SSD would be best because it is often moved around and jolted, lol, and laptops are generally not used to store alot of data

SSD are "chips" like RAM, but can store/hold data without power, these can't store alot of data, but can access the data faster than HHD
A "USB Stick" is an SSD
An HHD can store 4 times the data as an SSD for same cost
In a home PC using an SSD as the primary drive for operating system can be a good choice, and then HHDs as slaves to store data
Laptops can usually only have 1 drive, no room, but SSD is still a better choice

These days you can rent data space from many companies, called "cloud storage", these companies have at least 2 locations that backup your saved data so if its "important" it shouldn't ever be "lost" from any drive failures, damage drives or "stolen" devices
And the "cloud data" is accessible from any internet device anywhere if you have the account info to access it

If you are paranoid about your data being out of your direct control there are encryptions you can use when storing data on "cloud servers", but you do need the decryption key, known only to you, to view that data again.


If you only have a laptop and need more storage space then you can also get portable drives for extra storage of files you don't need all the time, i.e. pictures and videos, these take up the most space, these just plug into USB port on laptop, its like a GIANT USB stick, lol
Click to expand... 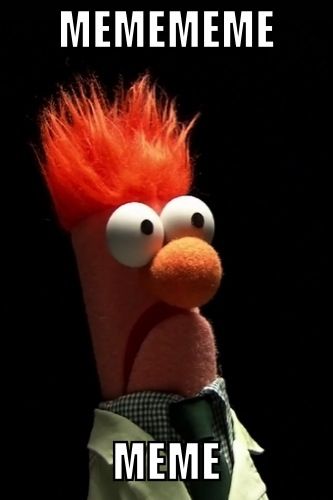 55trucker said:
Oh, ok I see, we don't have quite the dramatic situation here. One can still pick up the phone & order an item & go to the store to pick it up. One just cannot browse inside the store.
Click to expand...

I thought it was in reference to Plano TX.

I have an HP laptop and HP has a huge facility in Plano... TX and not IL.

This tablet really has my mind messed up today.

No worries, know where you're coming from with a tablet, I have no use for one, the wife has one, has to use it every morning before going to work to *sign in* to the mandated *I don't have the Covid virus* program that her company has put into place, pain in the ass ........

My daughter is bringing my lap top here now. Yay

New hard drive... All the new updates for for Windows 10.

Even half as good as it was... would still be better then this damn tablet.

Who is General Failure and why is he reading my harddrive?

97RangerXLT said:
Who is General Failure and why is he reading my harddrive?

Got me, but I think Colonel Fault works for him.

New hard drive... All the new updates for for Windows 10.

Even half as good as it was... would still be better then this damn tablet.
Click to expand...

Enjoy. You will be amazed at the performance boost provided by the SSD.

I recently had an SSD die on me, OCZ Vertex 3, that was purchased in 2012. I still have a hard drive from 2007 that is still kicking and used every day.

The point to saying this is while SSD's have come a long way in reliability since 2012 they still do not have the reliability that magnetic storage has. SSD's are usually rated for 10 years and a certain amount of write erase cycles. So if you exceed these cycles you are on borrowed time.

SSD's are a very smart option for laptops, like what RonD said, due to them being able to take a higher G-force when hit/bounced but there is one other reason. They use a minuscule amount of electricity compared to a HDD allowing the laptop to be used longer with out the need to recharge the battery. SSD's are a non-volatile type of memory which is different than RAM sticks in your PC. RAM is volatile memory meaning that it must have electricity flowing through it in order to keep the information in the chips where an SSD can store the data and without electricity keeping the data in its chips.

HDD'S when hit/subjected to sharp high G-forces the magnetic disks/platters can shatter causing catastrophic failure and loss of all data.
Last edited: Apr 27, 2021

I certainly agree that each has different weaknesses (total write cycles vs impact), but we've had far fewer drive replacements to deal with using SSD's than with spinning disks of the past. And the number of write cycles that drives are built for keeps going up.

I guess the only thing I lost were my internet favorites.

I guess the only thing I lost were my internet favorites.
Click to expand...

You mean there are websites other than TRS?

adsm08 said:
You mean there are websites other than TRS?
Click to expand...

adsm08 said:
You mean there are websites other than TRS?
Click to expand...

Well... there is the Bronco Corral. I need to spend more time there... you should pop in too if you get a chance. That site could use some more traffic and you ARE a great resource.

I've mainly been searching Zillow lately... trying to find a smallish house here in Illinois and a forever place back in Michigan.

Damn shame she thinks we need to sell this house just to buy two more. I would rather just buy the Michigan property and have her come back here a few days at a time when she needs to be here.
You must log in or register to reply here.
Share:
Facebook Twitter Reddit Pinterest Tumblr WhatsApp Email Link