Embarassed in My Own Driveway

Well there I was , backing into the driveway . On dark and drizzling evening .

I feel that I am off too far to one side . But heck , been there done that , give a touch of momentum , and bounce thru the ditch back onto the driveway . But Nooooooo , I'm stuck
Try to rock , but quickly won't move either way .

I've gotten away with this with SUVs still in 2wd plenty of times , Mrs Biggfoot also . Two learning points tonight :

A Ranger with empty bed doesn't have the same weight distribution as an Explorer or XJ .

Even slightly A/T -ish tires like the original Wranglers have more traction than my interim Wal-Mart all seasons .

Walk over to CJ , dig out cheap synthetic tow cable , hook to frame of Ranger , manuver Explorer into position , engage 4x4 on millings surfaced driveway , and hook up . Get Littlefoot44 to creep forewards with Explorer , and Ranger pops right out .

At Least you didnt have to call for help.

I agree, the traction of an Explorer is much different than a 4x2 Ranger... I haven't had a 4x2 in a while and I get spoiled with my '90 with a locker and mud terrains... This '97 4x2 extended cab is ridiculous in the wet and around corners compared to my '00 Explorer V8... the dang Ranger will end up sideways super easy and in some areas there is zero acceleration, I can tap on the gas and break a tire loose on command rolling at 20mph with a 4 cylinder sometimes. That and if I'm driving kinda spirited even on dry pavement the rear will slide sideways at around 30mph around corners, the V8 Explorer that weighs 1500lb more can corner 5-8mph faster through the same corners without getting near as silly, with bald mud terrains even...

I agree my 94 sport, which is supposed to be a roll over hazzard corners, better than 85 2x4 with the 2.8 which was damn near a drift machine any time it was wet

My 98 Ford Ranger SPORT, I've never experienced any of the stuff noted in Post #3. Never had it go sideways on me, even on a curvy wet road. Maybe it's my tires, 255/60-15 Cooper Cobra GTs. Maybe it's the big rear Hellwig anti-sway bar? Maybe it's the tightly fitted Lakewood traction bars? This truck is actually one of my favorites to take out on my favorite 15 mile stretch of curvy road (continuous loop).

yeah, traction bars and a rear sway bar would help I'm sure, this is worse than the '90 at any version I've had it so it must be the extra weight of the extended cab on the front axle...

cbxer55 said:
My 98 Ford Ranger SPORT, I've never experienced any of the stuff noted in Post #3. Never had it go sideways on me, even on a curvy wet road. Maybe it's my tires, 255/60-15 Cooper Cobra GTs. Maybe it's the big rear Hellwig anti-sway bar? Maybe it's the tightly fitted Lakewood traction bars? This truck is actually one of my favorites to take out on my favorite 15 mile stretch of curvy road (continuous loop).

It could also be that I drive like an dick and love to let the rear end out. And maybe the lack of any sort of stability tech.

My grandfather taught me a trick years ago for use on 2WD/RWD open differentials
If a wheel is spinning then slowly push down E-brake pedal and differential will start to transfer power to the other wheel that may have some traction to get you out or moving again
It WORKS, lol, I have used it a few times over the years, its an ART, you can't just push down the pedal hard or both wheels lock

Open differentials send torque/power to the EASIEST axle/wheel to spin, so once a wheel loses traction it gets ALL the power, adding resistance by applying e-brake forces the open differential to transfer some power to the other axle/wheel
But the other wheel is also is getting e-brake applied?
Yes it is but, all you are trying to do is transfer some power, so at least the other wheel turns a bit moving the vehicle forward to get unstuck
So its an ART on applying pressure to the pedal, also good to hold the e-brake release handle out so you can feather the brake pedal
Even more of an art with manual transmissions, lol
Last edited: Sep 26, 2020

Yup . did the power braking the open diff
Both wheels spun .

Well "power braking" is different in my terminology, its applying all brakes on purpose to get the rear wheels to spin, to do a burnout, lol
Before we had to buy our own tires we would do power braking in mom and pop's cars

This wouldn't get you unstuck because front brakes would be holding you from moving, especially in a pickup truck with 70/30 brake proportioning

Tire Size
Just the right size to touch the ground.

^^What he said in terms of an open differential, but a quick stab in the brake pedal can often help a limited slip differential find its purpose.

And AGAIN ! And had to write a statement for being late to work .

Mrs Biggfoot's better idea involved getting another layer of millings for driveway, plus adding a psuedo sidewalk up to the house . But the usually reliable guy delivered the load , but has been unable to get back with the bobcat , so most of the usual " vehicle parking area " has a pile of asphalt millings taking up space, leaving me parking on the grass . The grass that is squishy saturated clay just below the actual grass .

And this time , the 4 x 4 Explorer is buried before could get into position . ( Add story about spouses who just had to dance around waving their arms , instead of standing still at the edge of the driveway to be seen in the mirrors .) Finally used wife's AWD Explorer for gentle tug to get Ranger front tire out of the Only depression in that part of the yard .

Added - I wasn't descriptive enough in my shorthand . In this context , " power braking " = gently apply brakes , while gently pre loading torque to both drive wheels , then suddenly release brakes . 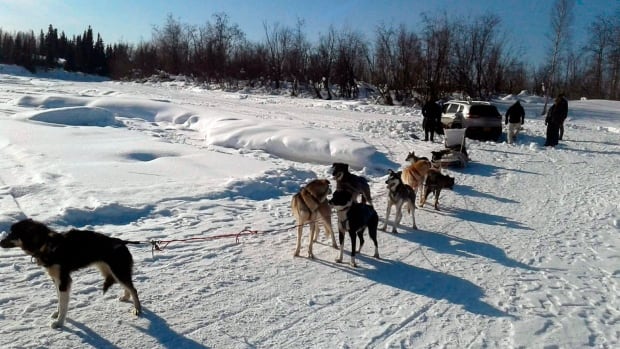