I see that you can now get aftermarket door panels for 1st and 2nd gen RBVs as well as 1st gen Explorers. Has anyone tried these and if so what do you think? I may order a set of 1st gen ones if I can't find a decent junkyard set (which may be impossible now.) Mine are godawful ratty. Would be great if we could get these - it's very hard to find good ones.

Rock Auto has them under the Interior section for each vehicle, under Door Panel. Also available on eBay at much higher prices.

They're not quite identical to the originals but are close enough that I would not care. Fit and finish are more important - I acquired one of those plastic dash cover pieces for a 1st gen and it is just awful. Warped in the sun and never fit right. Don't want to spent $250 on junk. I pulled the trigger on these - can't find any decent junkyard ones in blue. My recent acquisition of two pairs of doors with crank windows put me over the edge, now I know for sure I can ditch the power window/lock junk on the stepside build.

I will post up some pics when they come in. I'm excited.

I can say with absolute certainty that I WOULD NOT RECOMMEND these door panels, or Coverlay, for that matter.

A $300 product should be perfect the first time... maybe shit happens and the second time turns out OK. The first time was bad - see the pics but the driver's side door panel had too much plastic trimmed off the back edge, leaving a nasty, uneven gap that is pretty obvious. Passenger side was much better. I emailed Coverlay, and they simply said to take it up with RockAuto.

Some emails were exchanged with RockAuto, and I was able to secure a replacement. I got it today and checked it right out of the box - it was MUCH worse. In addition to the same gouge as the first one had, it had another deep one further over, and two large chunks cut out of one corner. It looks awful.

I'm going to return the second door panel as well and I will continue returning them until I get a good one. I will chalk this up to nothing short of pure sloppiness during their manufacturing process and extremely lazy quality control department - VERY disappointing. 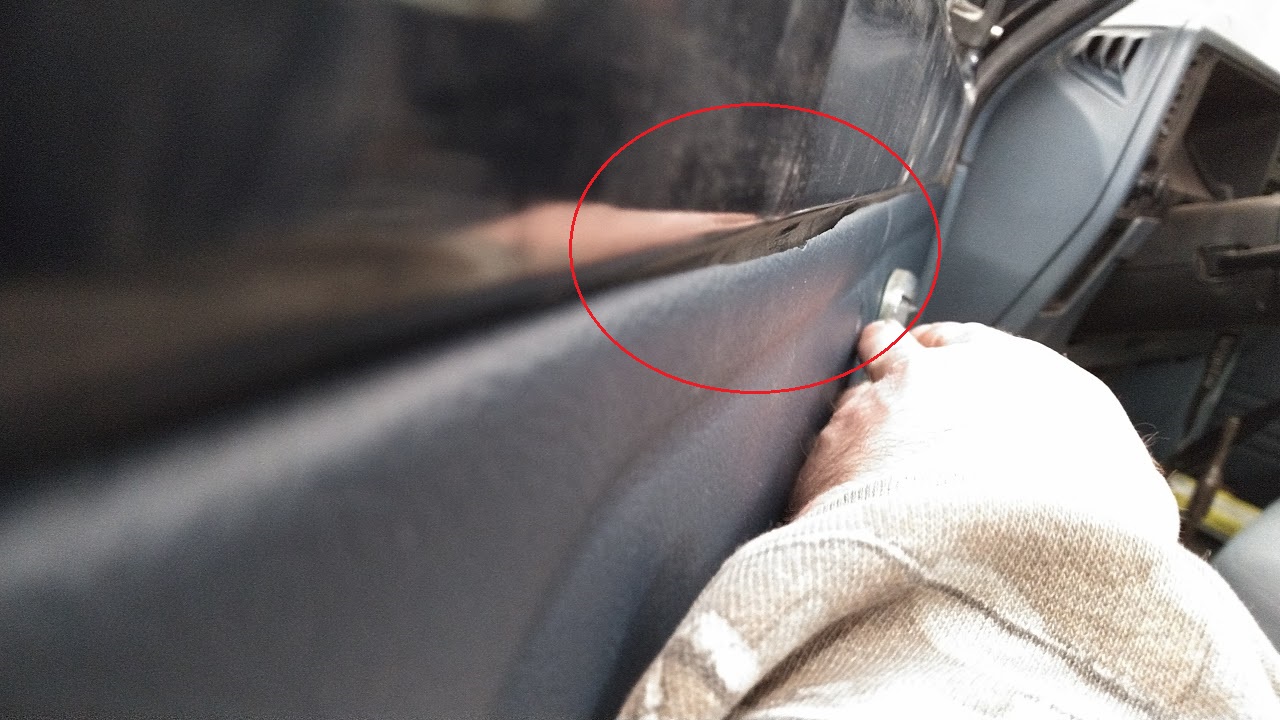 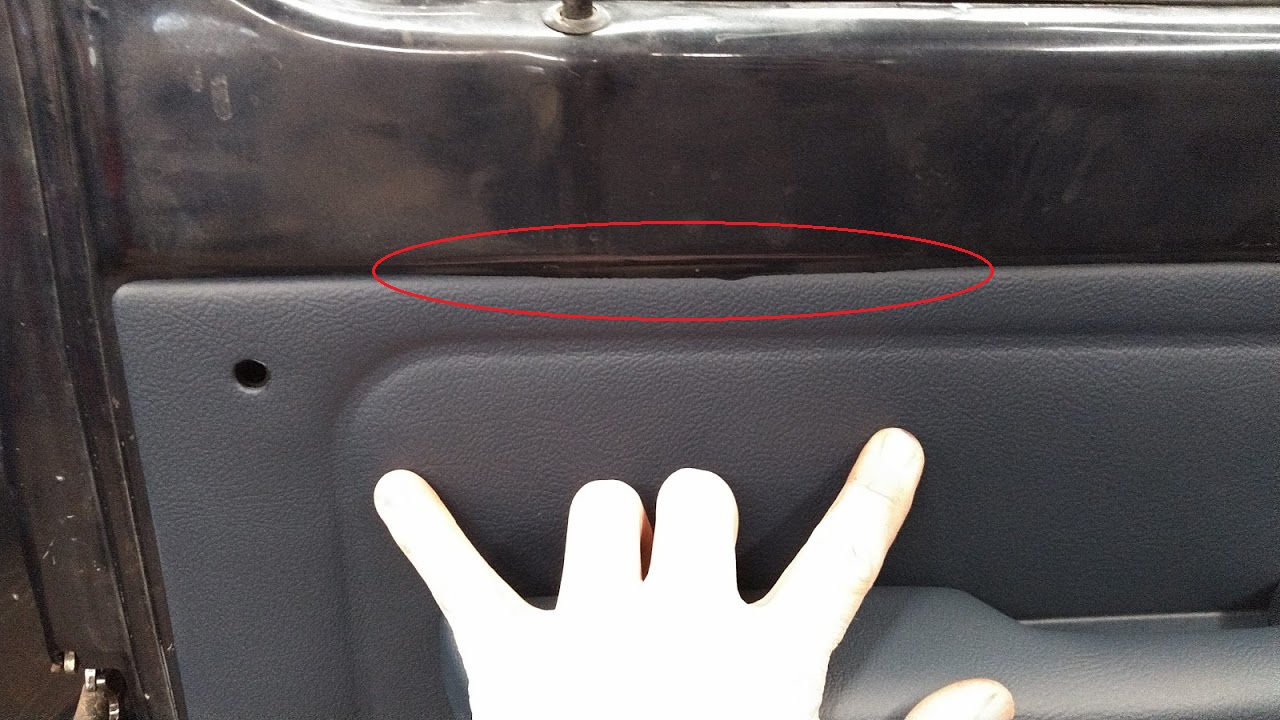 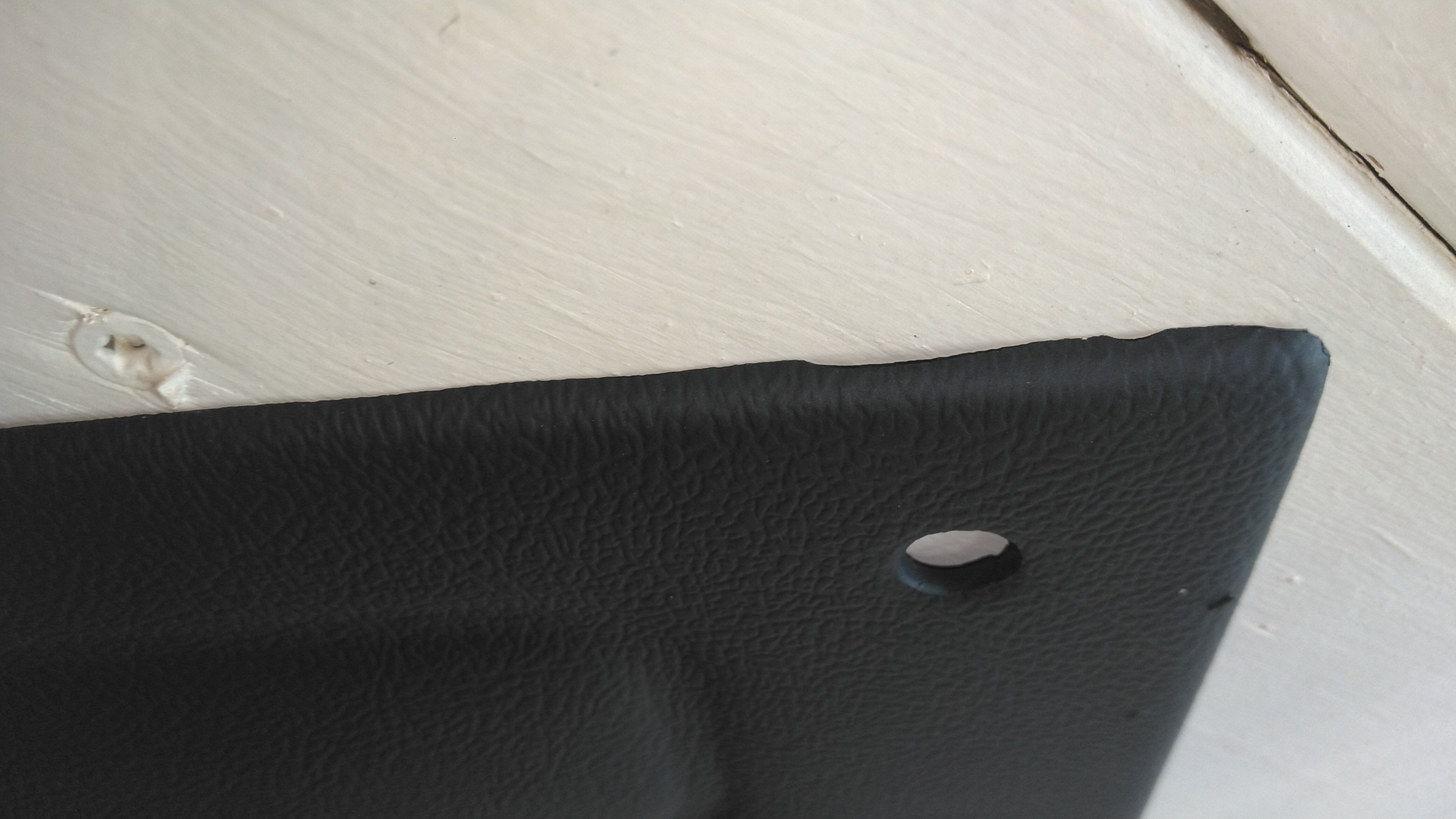 Thanks for the straight skinny on these. For what those cost, there's no excuse for that crappy edge / gap, and especially for the lack of customer support. Good luck on getting some useable panels.

Update: I sent both RockAuto and Coverlay emails explaining the situation and my disappointment today.

RockAuto says they would rather not send out a third set if they're this bad and will just refund once I send them back. Waiting on this.

Coverlay was actually pretty helpful. The person I'm talking to forwarded my pics to their product manager and he apparently offered to personally trim a set of new panels for me so that they're done right and are going to take care of their part with RockAuto and will be in touch with me once they get that figured out.

Patiently waiting to see what happens.

Just to update this... I went back and forth with RockAuto and Coverlay, ended up sending the second set back and received a third set last Saturday. They are nicely trimmed and look good.

I'm not sure what to suggest to other prospective buyers. I hope this situation has made them take a good look at their manufacturing process... if you're going to buy these, I'd say go for it, but check them over well and expect the worst.

Are these all plastic? Or Cardboard covered panels?

I've seen these before and have been curious about them. Can you show us a complete picture of them installed?

Sure, I'll snap some pics.

They are quite a bit different than the OEM door panels - the main piece is solid plastic and the armrest/door pull appears to be foam covered with vinyl and is screwed to the door panel itself rather than the door as they were from the factory. However you do use the factory armwrest screw mounts for attaching the door panel. They also mount to the door differently - the factory door panels use those slide in trim clips on the back side, these have holes around the edge and come with flat, textured trim clips that go all the way through. So you do see the fasteners but I don't mind. OEM door panels were always peeling up around the edges and look like crap, especially the fancy fabric and carpet covered ones.

They are quite a bit different than the OEM door panels - the main piece is solid plastic and the armrest/door pull appears to be foam covered with vinyl and is screwed to the door panel itself rather than the door as they were from the factory. However you do use the factory armwrest screw mounts for attaching the door panel. They also mount to the door differently - the factory door panels use those slide in trim clips on the back side, these have holes around the edge and come with flat, textured trim clips that go all the way through. So you do see the fasteners but I don't mind. OEM door panels were always peeling up around the edges and look like crap, especially the fancy fabric and carpet covered ones.
Click to expand...

I have the fancy fabric covered ones. I might try and redo the fabric because it is extremely faded. Just trying to make up my mind which way to go.

I know they're few and far between, but if you can find a decent used set in any color, you might look into an interior paint like Colorbond. (Gen 2 panels fit gen 1 rangers perfectly) I had a black gauge pod and Colorbond had an exact match to my dark red interior. It's tough as heck and matches perfectly. I bought it through LMC Truck.
Last edited: May 27, 2020

I almost used a set of 2nd gen door panels that I have on hand but didn't because the door latch handle is different and oddly enough I don't think I have any.

I also looked through several junkyards and found many door panels but they all either had carpet sections, sunbaked really bad or were for PW/PL. Probably could have found something eventually but I got impatient.

Pretty sure that Colorbond paint was what an interior shop used on my buddy's Maverick when he had the seats redone - it is good stuff. The interior trim looked godawful before, I would have thrown it away but the guy worked his magic on it and it turned out really nice.

Glad I got to see this. Was thinking of going with this. My door panels are horrible.... water running down the inside because the window seals are shot.... well... they really aren't even there... sssoooooo.......

Anyway. Given what I'm dealing with, the poor trimming might not have bugged me so much, but you are definitely right. At that price point, there should be better quality.

I haven't installed the fasteners yet, just a test run... I am waiting to install them until I have time to redo the plastic seal behind the door panel and fill in some mirror holes on the outside of the door which requires some welding. The heads of the trim clips are painted so I imagine they're a one time use item. Hate to have to remove them if I don't have to. 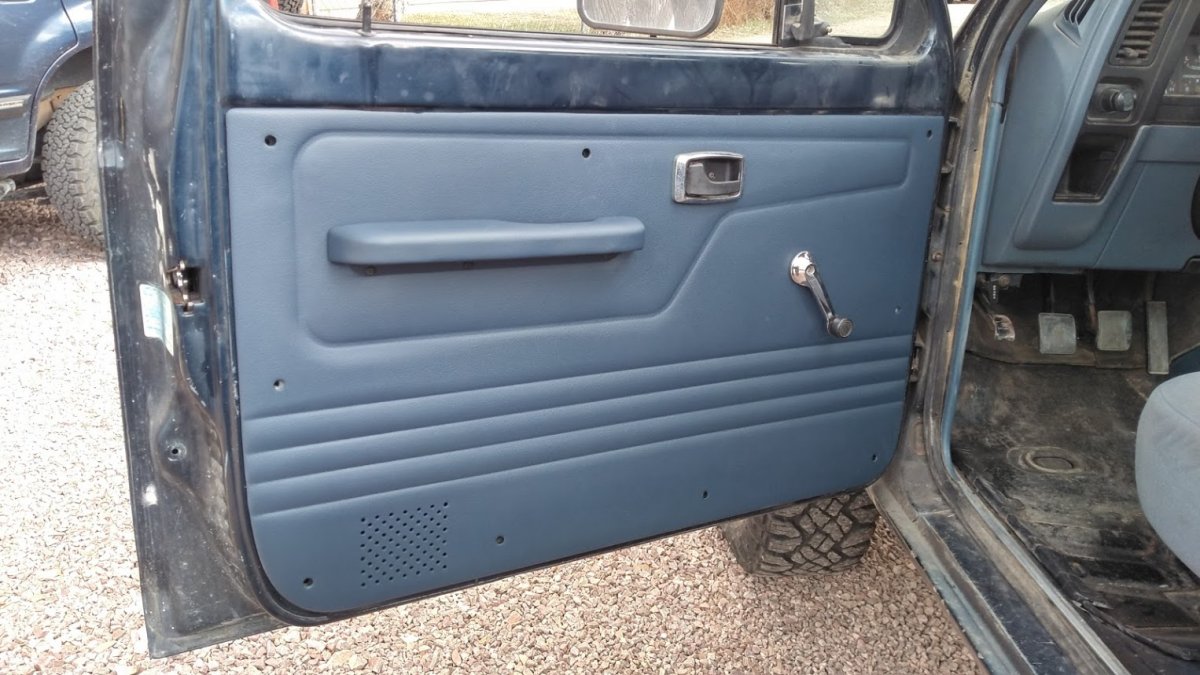