I been lurking for a couple months. I bought a 94 Ranger 2WD manual 2.3 just recently. It has ONLY 94k miles!

It didn't run great when I bought it, but I've gotten it seemingly smoothed out quite a bit with some basic maintenance. (plugs + wires, trans oil, diff oil, O2 sensor, fixed a vacuum leak on the exhaust, water pump, thermostat, timing belt, fan clutch...... ummmmm think that's it...

I've been banging my head against the wall trying to troubleshoot a CEL code 222. (IDM "high" or open or coil pack bad) I've discovered that IDM is ignition diagnostic monitor... and I figured out which wire it is on the ICM... But I don't know what "high or open" could mean....

I've done quite a bit of diagnostics
Tested coil primary and secondary impedance.
Checked ICM ground.
Both coils and ICM are getting 12v.
I've got continuity between each of the ignition terminals on the coils (2 outer terminals on each coil) and the ICM.
I have swapped the coils to see if I would get a different code (I believe code 218 should have come up if a "bad coil" was moved to the other side) Still code 222. It also ran the same after swapping coils.

SO then I attempted to start it with only the exhaust side coil - it started, and ran like crap heheh.

I decided to check spark by carefully pulling the plug wires off the coils one at a time while the engine was running (safe?.... maybe...)

Am I really running down half a coil on each side? Or is there a condition where half the plugs on each coil arent supposed to spark?

I've been going thru this diagnostic series... https://easyautodiagnostics.com/ford/2.3L/icm-and-crank-sensor-tests-1
And haven't gotten to the Crank Sensor test yet....

Let me know if yall have any advice!

My credo
vertical and above ground

Your coils are paired. They fire in pairs, 1&4, 3&2.
The IDM is a line(wire) from the TFI to the computer if you have a TFI(dist or remote), and if you have a cam sensor, it is again a conductor that sends pulses to the computer. The description, 'high or open' is an indication of a cut wire(open==no conductivity), or short/voltage contact high==voltage on the wire from somewhere).
It could also be the sensor is not sending a signal.
tom

Yes - I did know that much from reading the manual. What I was curious about is why 1&4 on exhaust side, and 2&3 intake side would both not be sparking.


tomw said:
The IDM is a line(wire) from the TFI to the computer if you have a TFI(dist or remote), and if you have a cam sensor, it is again a conductor that sends pulses to the computer. The description, 'high or open' is an indication of a cut wire(open==no conductivity), or short/voltage contact high==voltage on the wire from somewhere).
It could also be the sensor is not sending a signal.
tom
Click to expand...

I have checked for continuity on the IDM wire (I believe it's #12 - the furthest "right" wire on the bottom connector of the ICM - tan/yellow) and it does show a good connection between the ICM and the PCM. So It cant be "open."

I was planning on checking the crankshaft position sensor next - but I'm considering just replacing the ICM. From what I've been reading it doesn't seem like the crank sensor would cause the spark issues I'm having....

I cant imagine having two bad coils (especially when they both test good on the meter)... and them just coincidentally being bad on opposite sides... So it seems like ICM is the more likely culprit? 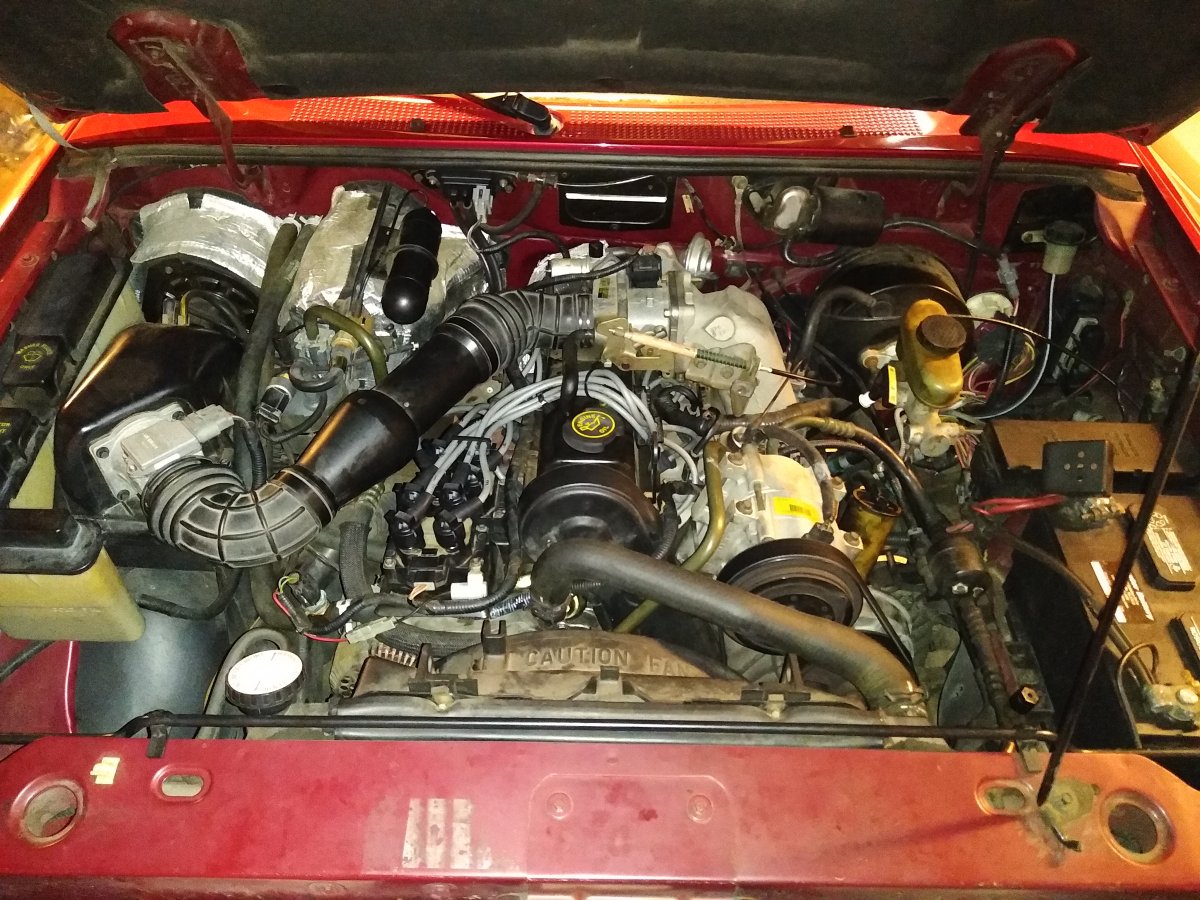 Here's an update for anyone else who may have similar troubles.

I swapped the ICM (DIS module) and the code 222 has cleared!
On top of that the truck now runs fabulously! (it ran okay before, but the power/response has greatly improved now)

If anyone is curious about replacing the ICM in a truck with AC and very little space to work..... This is how I did it without removing anything!
I do have nimble hands.... but it IS possible to get to the bottom right bolt (mine only had 3 bolts - which I've heard is common) without removing the AC or doing anything crazy.
Also - I've heard of a lot of people tapping a 4th bolt (there is no hole drilled for it stock) but I didn't do it, and it works great. 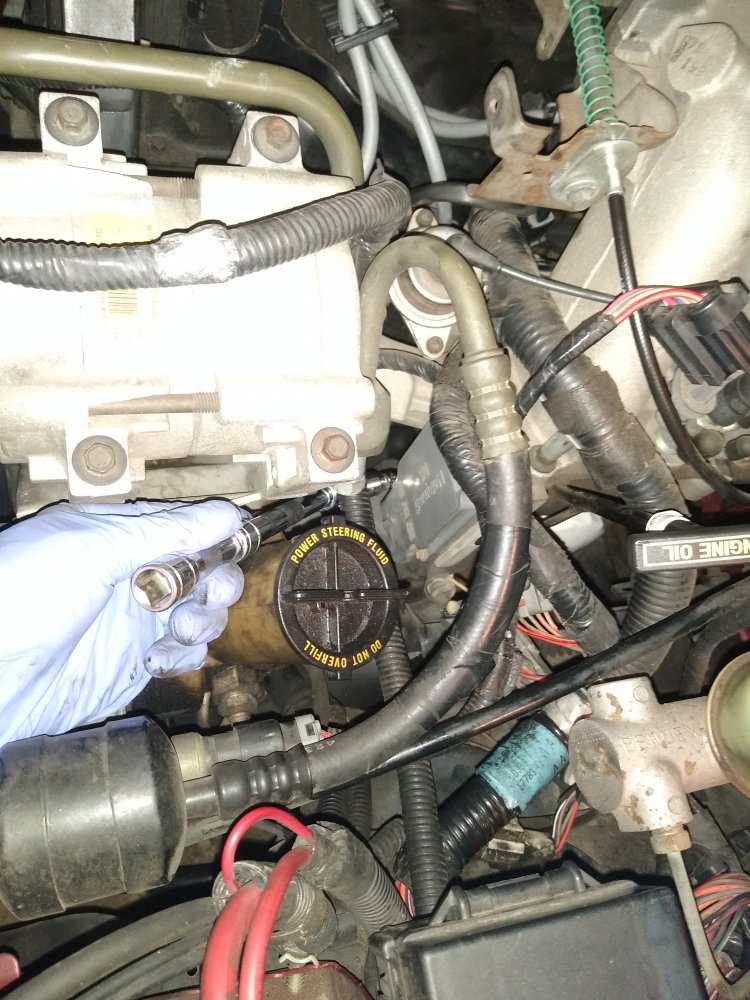