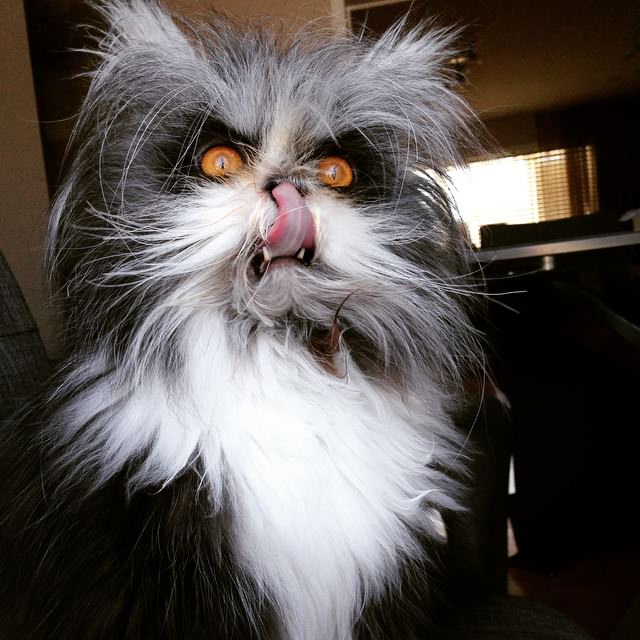 It never ends. Moved into this place almost 10 years ago. The crazy cat lady next door left her basement open and would dump food for the strays everyday. She liked to see the kitties.
The cats were a huge nuisance. I've got a big lot they think of as king litter box. I had gardens fail, as the cats would dump all over, dig it up, and eat new plants.

My cats contracted some horrible auto-immune mouth disease where their body attacks their teeth. Destroyed their late life quality of life.

Every year we trap kittens. By now we have taken no less than 20 cats out of here. The cat lady is long gone, and the only strays left are two alley cats that couldn't be tamed so were spayed and returned in the hopes they will keep other strays away.

So, now I have decent neighbors. Grew up with some of them. Now their cat thinks my place is a litter box. All the hard work I've done landscaping, it's such a shame to go look at my bushes and find huge and growing piles of cat shit under them.

This morning I'm having a smoke. See a new kitten with a pink ribbon eyeballing my lot. She sees me and runs off....

Straight to the Ranger, up into the engine bay. I say **** no, proceed to bang on the hood. Nope, have to open it and chase the damn thing off. The dirty little sumbitch runs straight to my Superduty and vrooop, up into the engine it goes. I have to push the damn thing off the back of the transmission. It goes screaming off to it's own yard. Next thing I know it is crawling up into THEIR vehicle!

I anticipate someone is going to have a bad time.

Any suggestions to keep that someone from being ME? I'm gonna be pissed as hell if it messes up one of my rigs.
I figure I'll just haze it until I put the fear of god in it. Not much else to do.

Put cucumbers around your trucks...

My neighbor has one that crawls all over my shit and knocks over my trash cans.

I tried to catch it but little bastards are to fast for my fatass.

Like watching an old peterbilt chase a new ferrari.

Get yourself one or these. They keep cats away AND keep your toenails trimmed!

Sprinkle cayenne pepper where you don't want them. Could try bear spray too, not on them but on garden plots. Pretty quick they learn.

If you don't like Dirtman's idea, which is a favorite of mine, try a paintball gun.

I had a male coming around peeing on my heat pump years ago. Hit it once in the side at close range with a paintball. Never saw that cat again. It'll put one hell of a painful bruise on the animal. They don't like that.

Cats suck. Thought this thread was going to be on evil catalytic converters. Shoulda known better. I live in an apartment that has garages. All four of my vehicles are kept in such. No cat problems. Yes, there are s trays here.
Last edited: Sep 28, 2019

I had the neighbors little yappy football on legs come over every time I was working on something and stand about 10 feet away from me and bark its head off. Pulled out my slingshot and hit it right between the eyes. It ran yelping all the way home. That felt satisfying. I did feel a touch guilty when the neighbor came over asking if I had seen her dog get in a fight....but only for a few seconds.
I really dislike small yappy dogs.
I haven't seen it since. 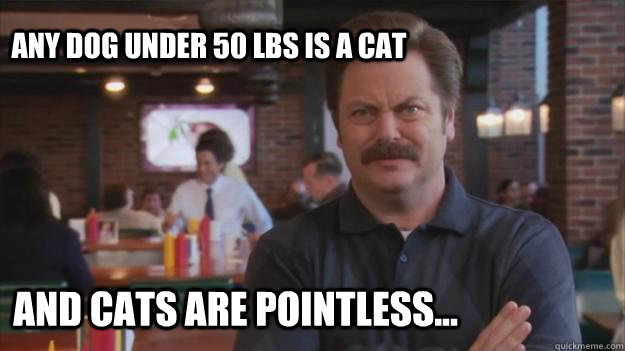 Why not trap the damn thing and hand it to your neighbor and say next time it wont be in a live trap. Or, you can scoop up the shit and put it in their mail box or porch with a note saying "your cat forgot this at my place". I hate bad pet owners.

I had a similar problem in town where a gun wasn’t an option.

Had a riot with an air soft beretta pistol.

Oooh bear spray resonates with me! My wife buys it obsessively and we have a couple of old cans we have been meaning to practice with! Gonna pretend the engine bays are bears lmao.

I actually have my first air rifle. It was a nice multi pump unit, and I'm just as deadly with it now as I was at 8.
Nothing satisfies like flying out the back door with 1 pump in it and blasting a cat in mid air as they go over the fence. Before the alley strays got spayed there were lots of tom cats around for me to potshot at.

I don't really want to shoot pet cats though. If it becomes more of a problem I may put the live trap out, that tends to make them hate me.
Winter should end the problem.

I have caught my own cat 3 times this summer while trying to catch a dirt pig.

Apparently my cat likes musk mellon. I go check the trap and he is in there cool as a cucumber munching on mellon...

85_Ranger4x4 said:
I have caught my own cat 3 times this summer while trying to catch a dirt pig.
Click to expand...

I've never heard of a "dirt pig" before. The only definition I could find on Google was this. I hope that was a typo . Hmm... maybe they do like musk melon .