Can I fix this

Don't know how/where this happened. Probably won't claim under comprehensive as 250 deductible. Doesn't really affect anything except vanity, but kind of a bummer. I guess new 'gates aren't really expensive if you can paint them or find same color. Paintless dent removal might do it, haven't heard back yet from them. Any ideas or suggestions? 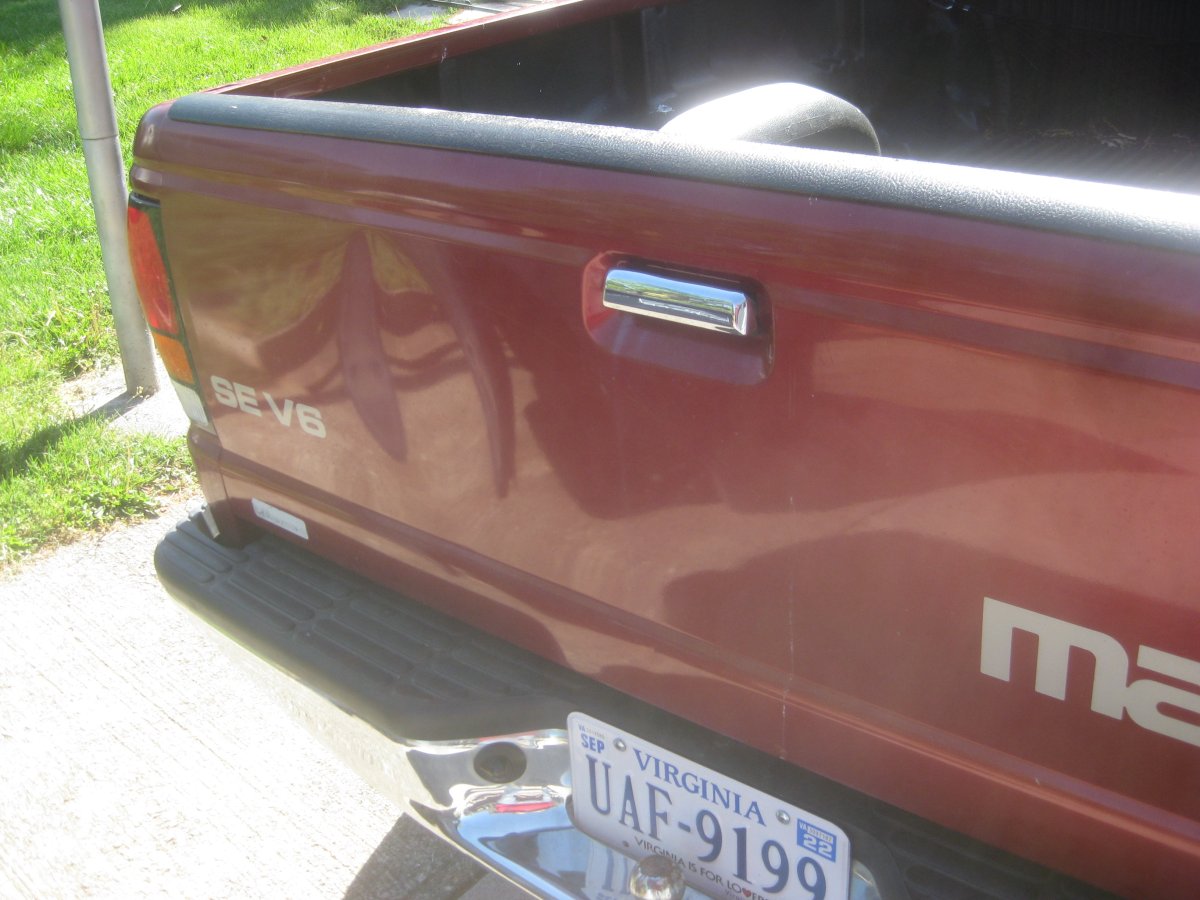 
I may be responsible for that from pushing your truck in the other day.

I felt the gate flex and immediately adjusted my hand placement accordingly. Thought it popped back out, but that's about where I was standing.

I'd try the suction cup thingy. 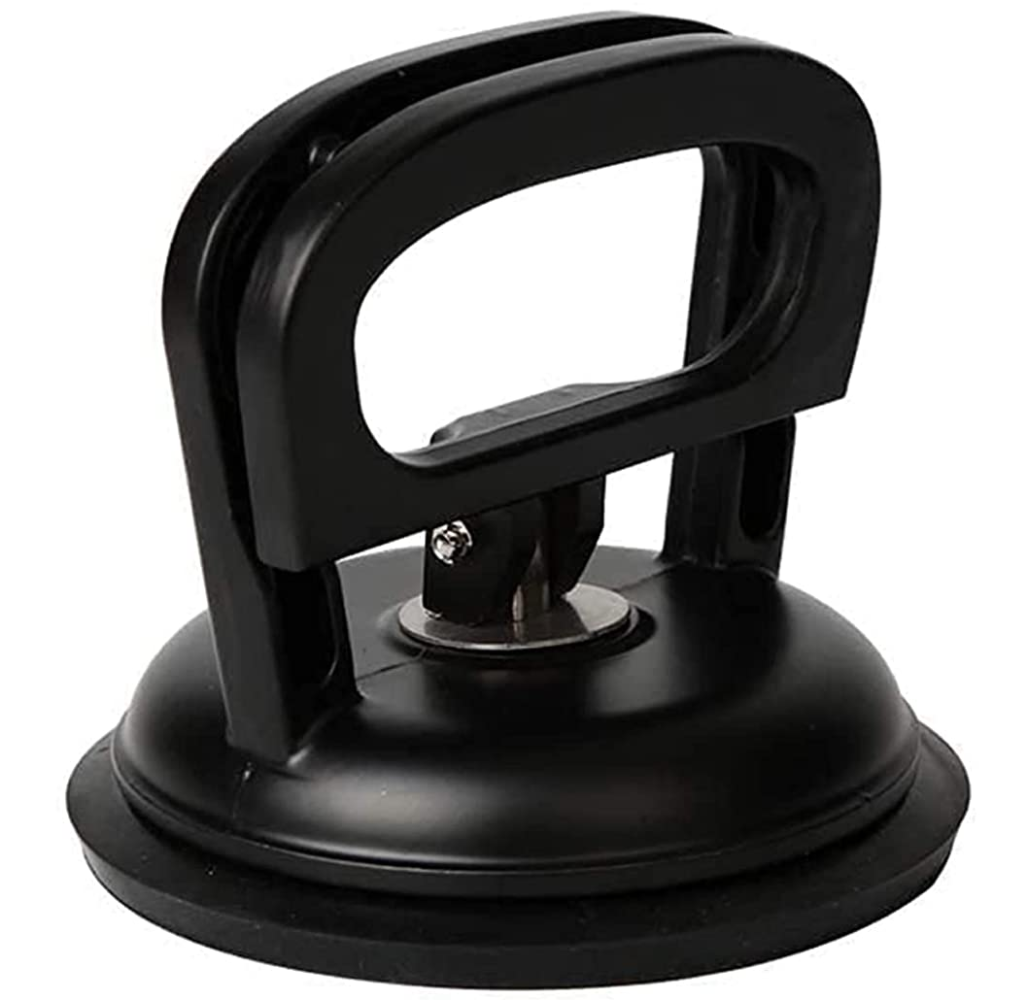 fastpakr don't give it a thought sh*t happens yeah suction thing might work
but thanks for mentioning it, at one point I was going to start asking places for security footage
seems like anything paintless guys can do, we can do, right? They just have more tools & experience
Last edited: Apr 29, 2022

Might be able to take the access panels of the other side and gently push it back out.

yeah I wondered about that. Take off bedliner, then take off access panels - easy to do, I did that when I was messing with the gate latches, you have to disconnect them from the rods. might be worth a shot.
just don't want to make it worse... as you say, gently. thanks. trick seems to me, to get the thing to return to its original position which it 'probably' wants to return back to... I dunno... no experience with this
would be a good time to replace the latches, what happens is the plastic surround in the latch mechanism wears out then the latch becomes displaced and won't engage. so one side doesn't latch which is a bad thing if you are hauling, say, a big load of firewood cuz it could spring the gate

^^^ I think that would be your best shot, too. It's the first thing I'd try myself. Good luck!

I got rearended by a Jeep a year ago and my gate was WAY worse than that and it came out ok, that's right behind the access panel, you'll have a tiny crease on the top side but hardly noticeable... just push with your hand, maybe other hand on the other side to slow it down a little...

If you can gain access to the inside of the tailgate, you could try a deflated football and air it up.

Now that is a very interesting suggestion!!

Here's an after pic of my '97 (I don't have a cord handy to get a before off the phone, thought I had some on the puter...), you can see the 3 points of contact still, the two tow points in the bottom and the push bar just under the handle. The top section was caved in enough to hit the linkages at the top, there's just the two slight wrinkle's left at the top... I went and bought some of those squeeze ball wedges to try to use that but there wasn't anything close enough so I wouldn't bother... For the deep creases I used a punch and hammer as well as a scrap of 1x6 and a hammer... I'm super positive you can push that out by hand after you get the panel off... 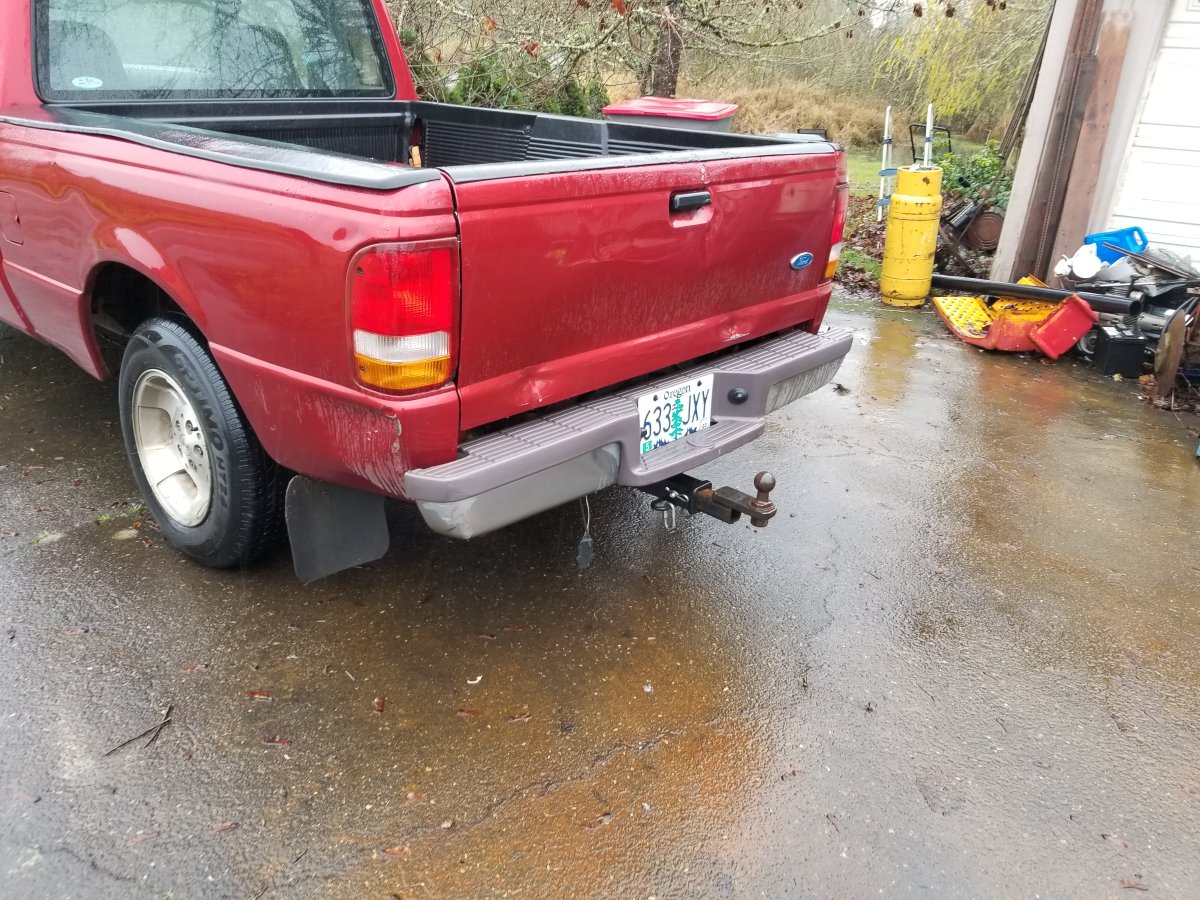 You could try one of these too: 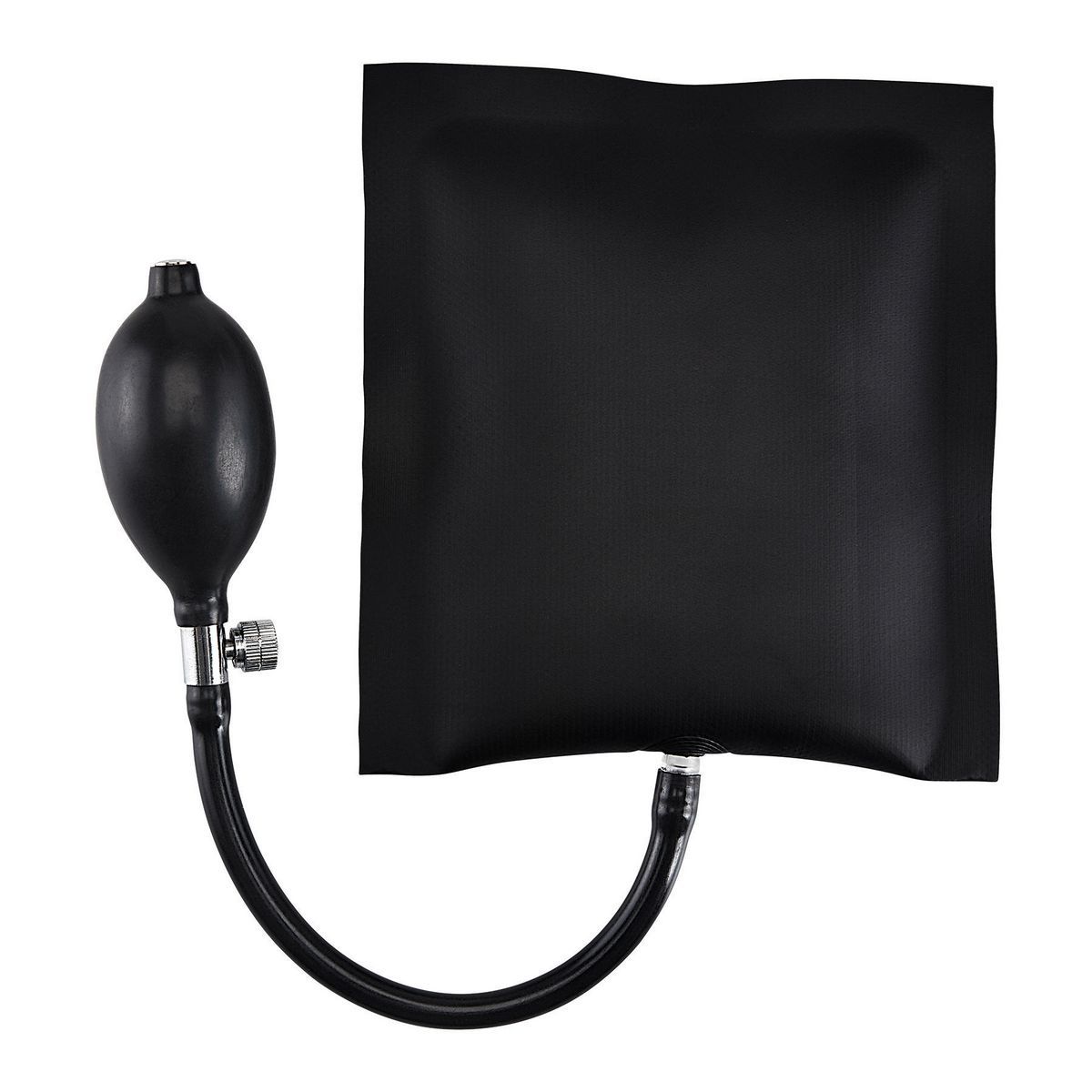