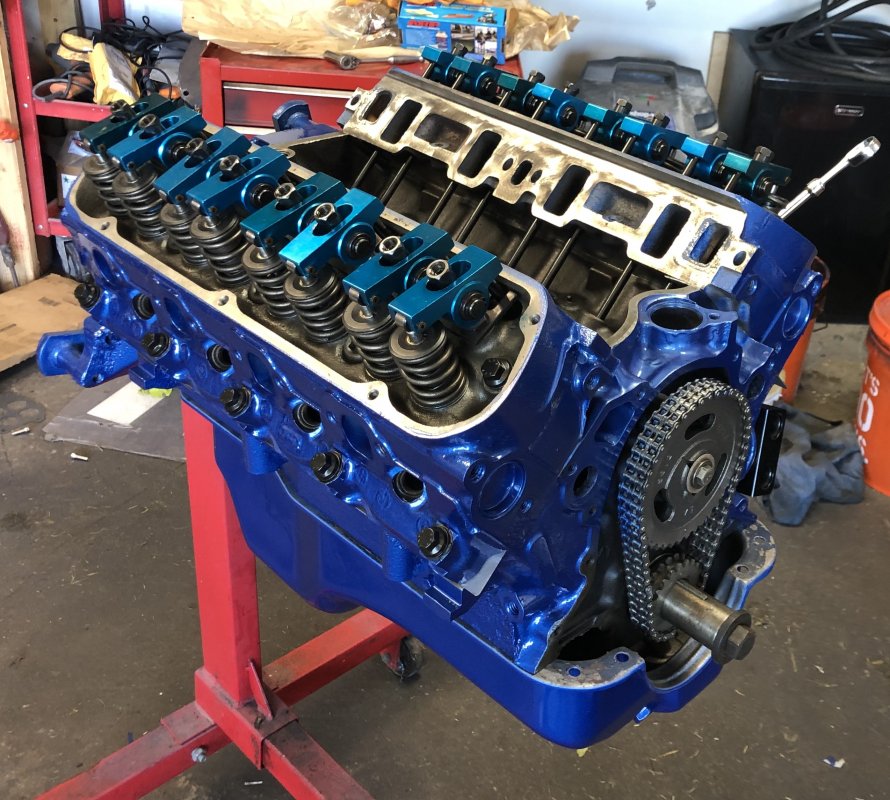 Damn! I love that color! 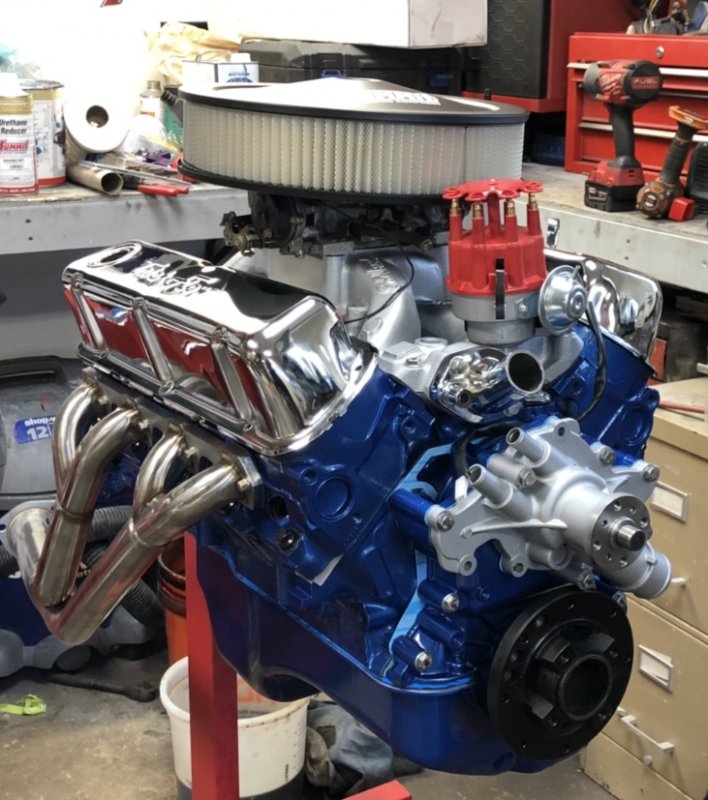 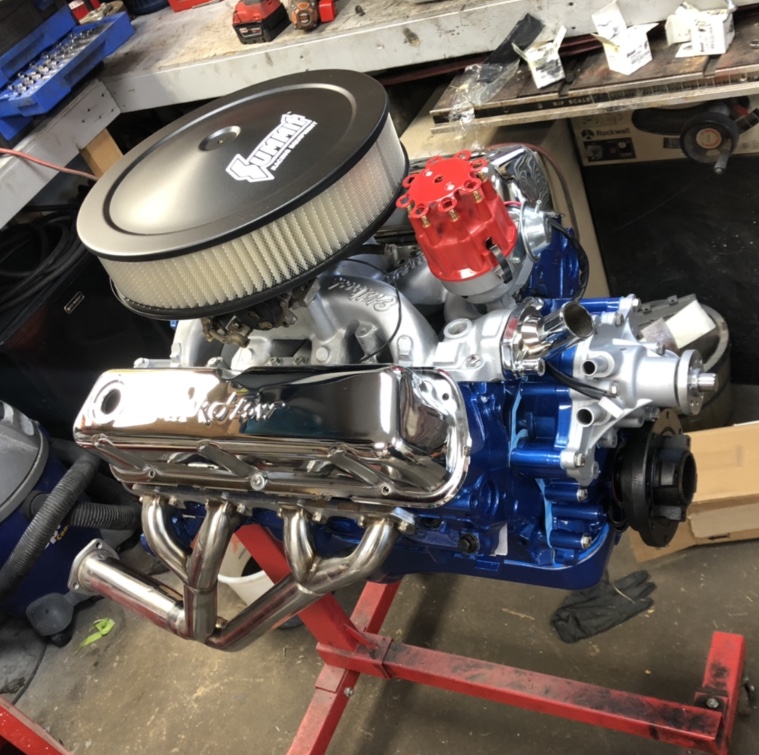 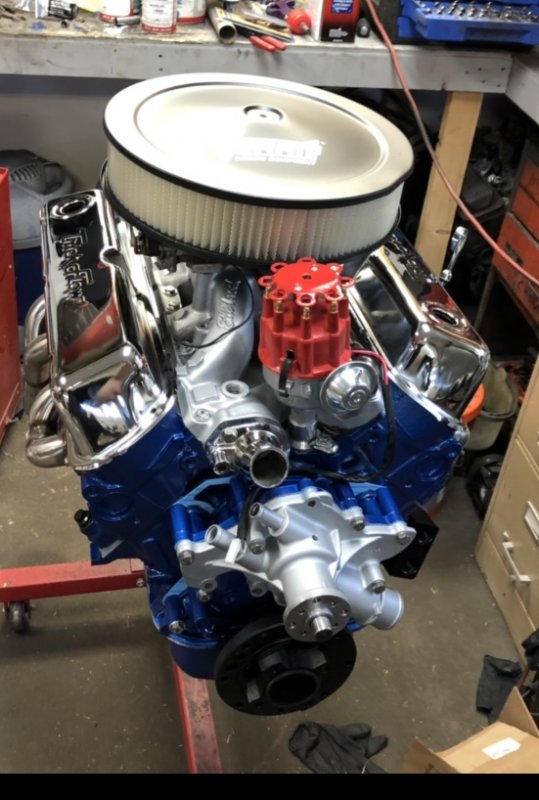 Finally welded up that spot In the frame from back when I stuffed a 351 in here.

Getting ready to break out the sand blaster and go to town on this engine bay.

Hmmmmm. Not sure I’m digging it. Mind you there’s no engine in it right now. 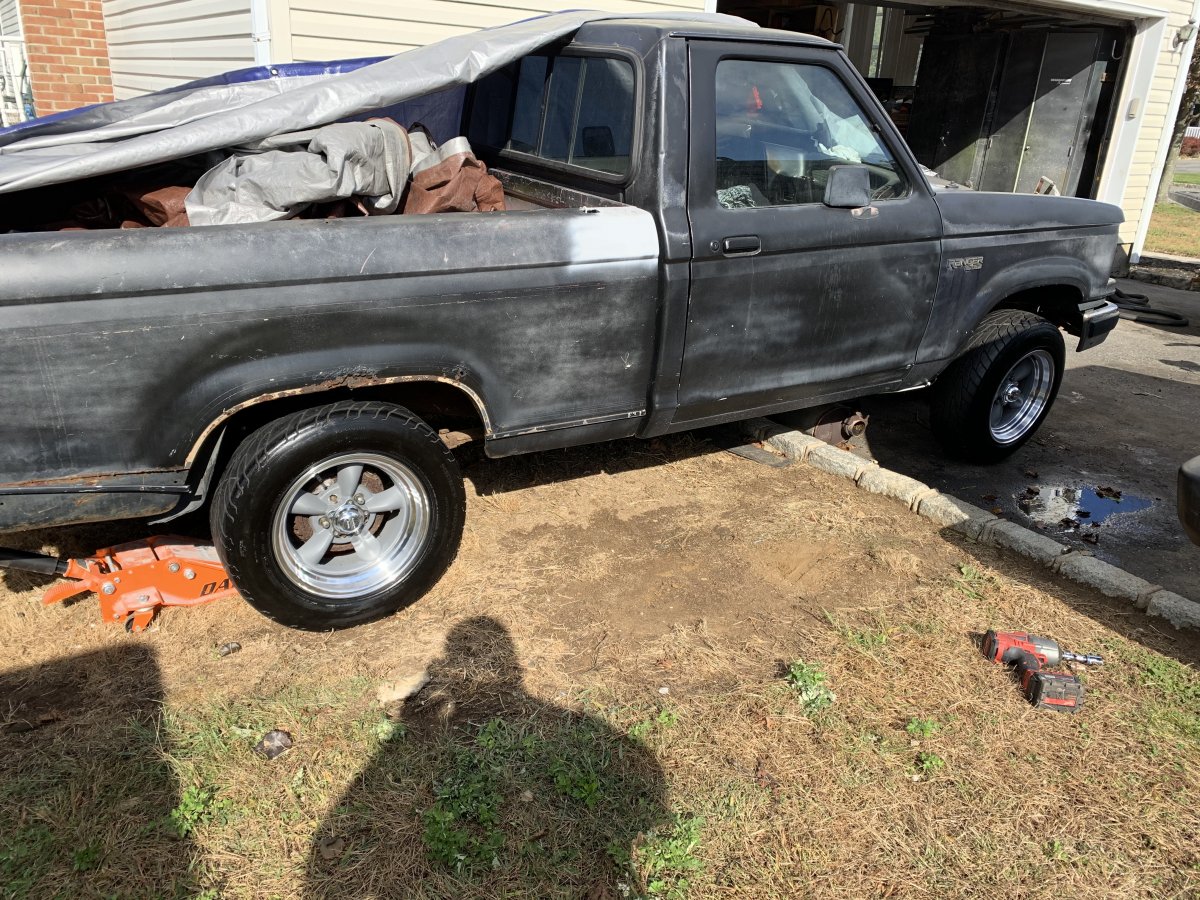 not bad. But Rears are too big for my taste. something about how beat the truck looks is throwing me off. Hmmm 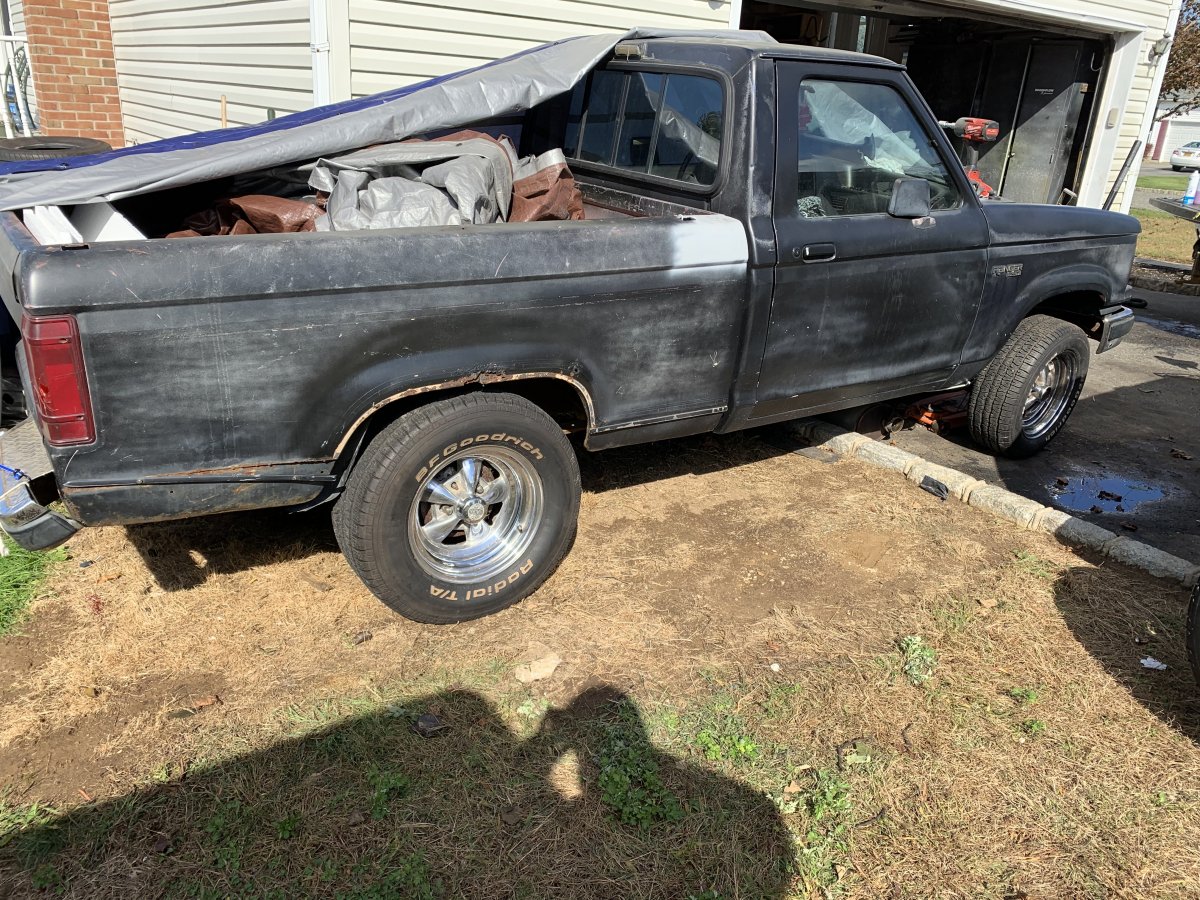 ok. Decided to spray bomb the side just so I can get an idea of what I’m working with. That’s better. 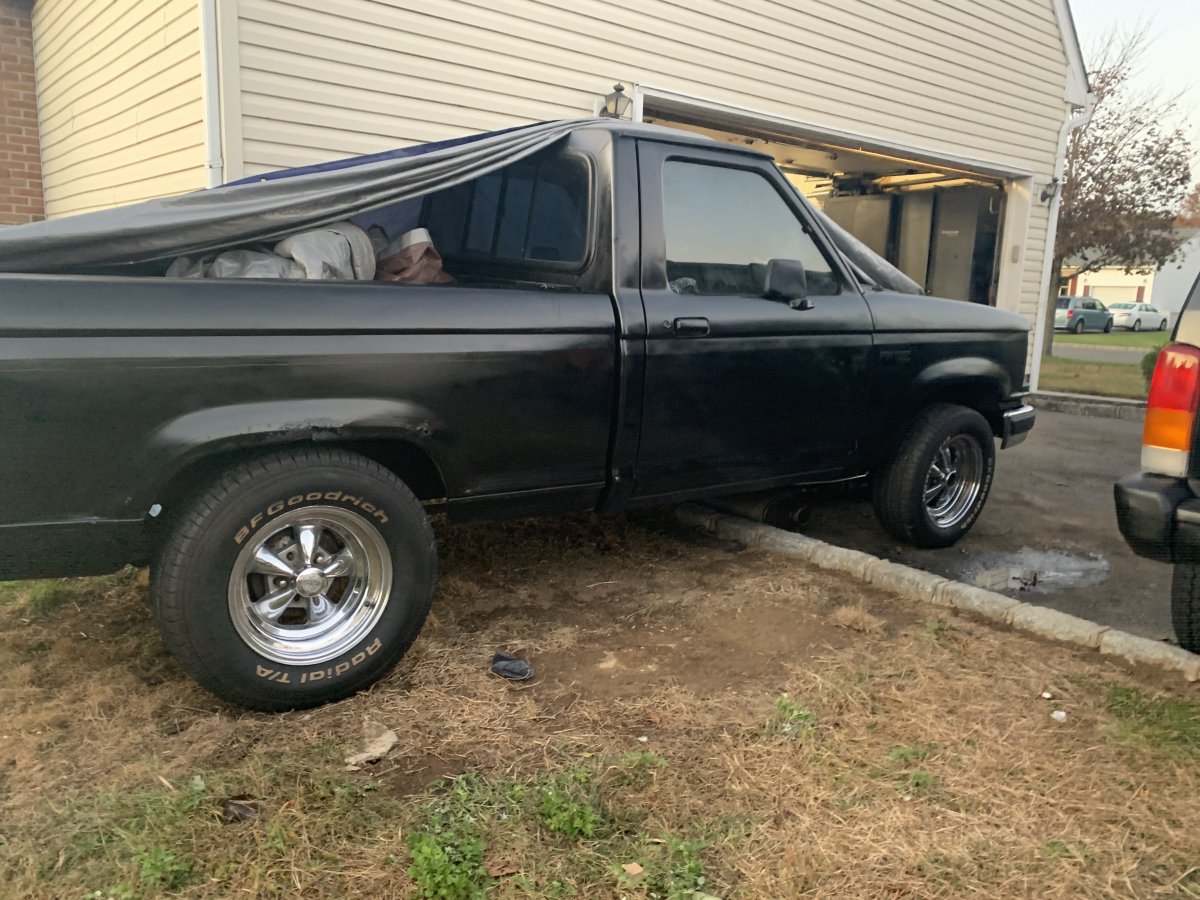 seeing as how the engine I bought to put in this truck engine up being a pos. I saw this go up on eBay last night. Junk yard local to me. It’s a 2000 Mercury 302. Supposed to be fairly low miles. 3 month warranty. I made an offer of 275 and they accepted. I’ll tear it down tomorrow to see what I got. But so far so good. Had a fairly decent tune up done. 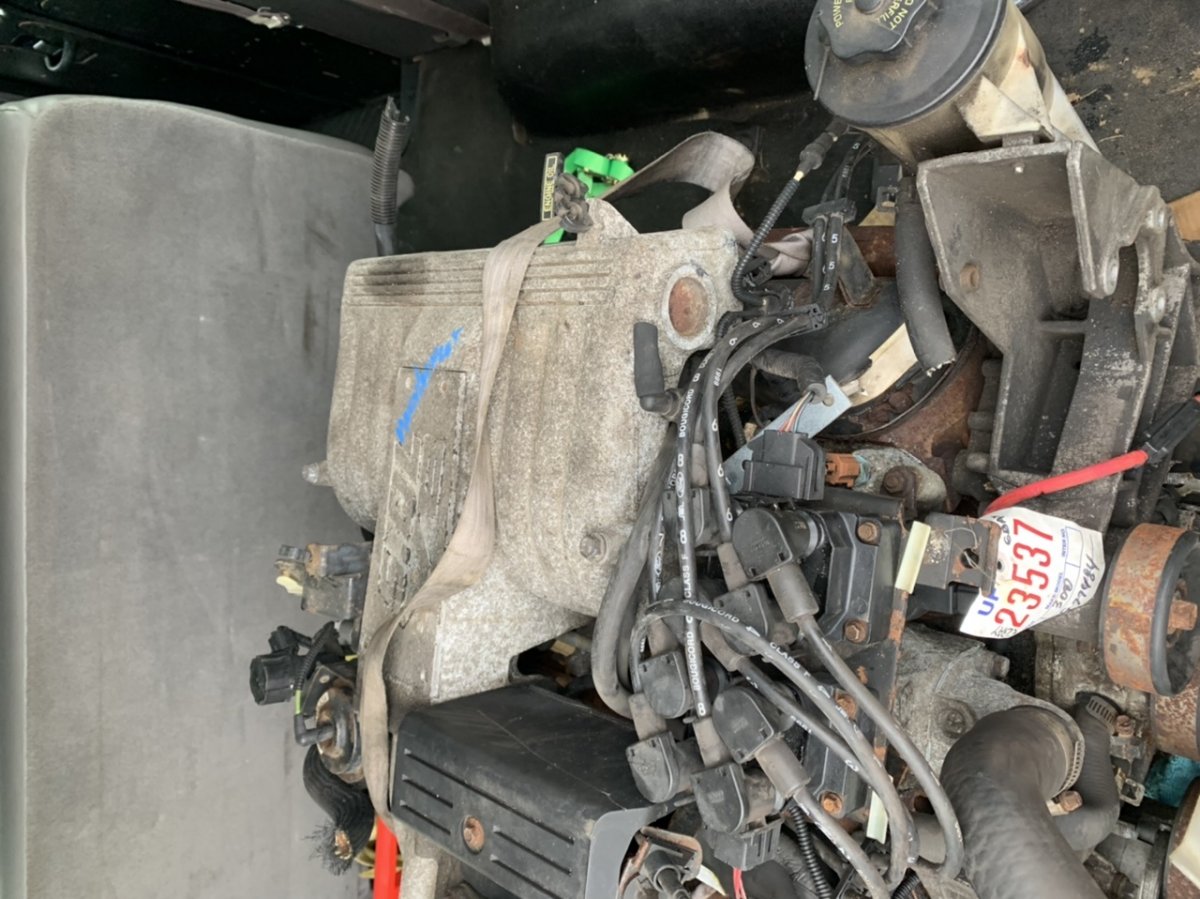 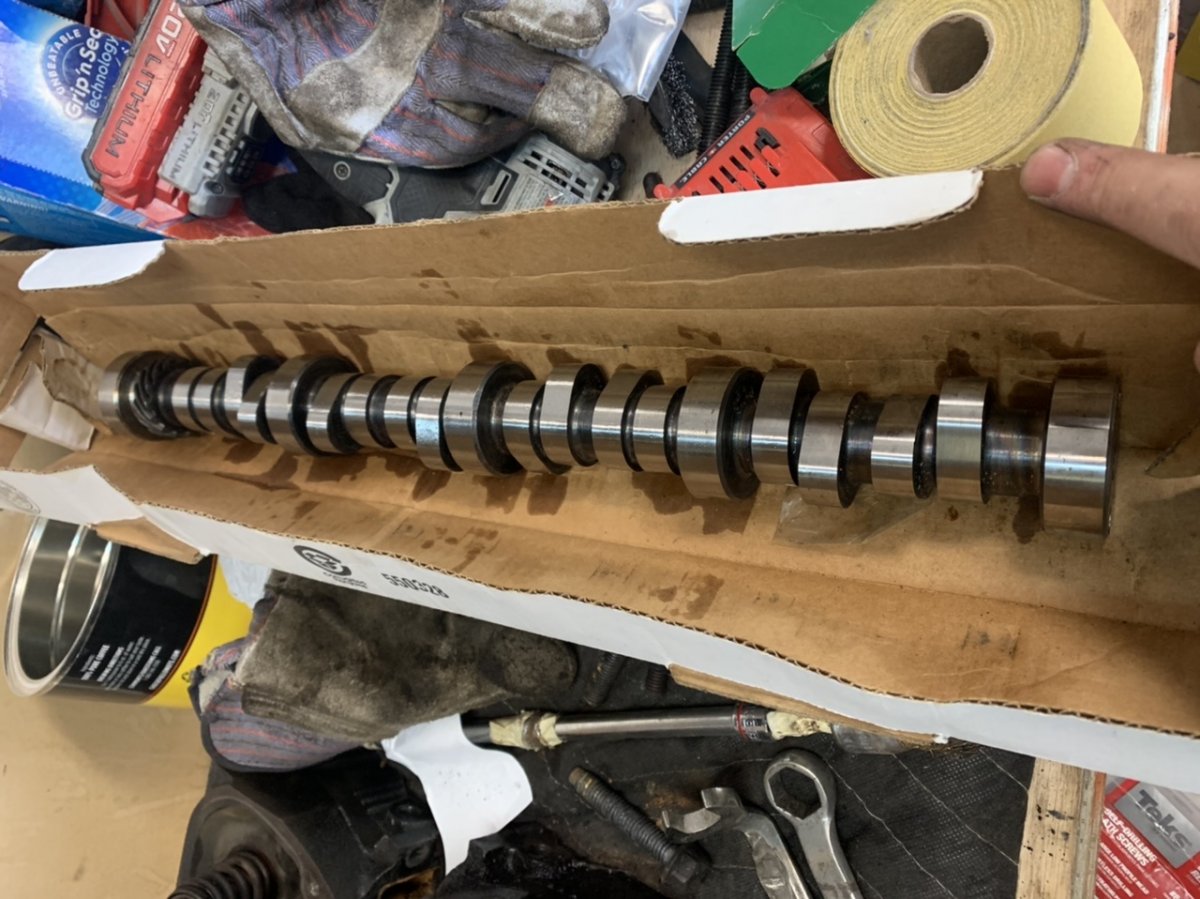 I also just realized I never updated this thread as to what has Happened to this project.

You’ll notice about 1 page back. I had a fully rebuilt 306 that I just finished painting and assembling. Well. I got in a bind. And someone offered me 1500 for that engine. So I sold it. About a month later. I found a 302 for sale locally for 100 bucks. So I picked it up. Tore it down. And found it was another 306. That was recently rebuilt. So I stored it under my bench. Well last month after being laid off, I decided to start working on the engine. That’s when I discovered some weird marks in one of the cylinder walls. Come to find out. The engine blew a head gasket. And the piston scuffed the wall. So the piston was trash. And the block needed to be bored over again. So I just scrapped the engine.

I was just about ready to order a reman engine. When I saw the deal pop up for this 302. So we’ll see if this works out or not.

you have no idea how hard I fought myself not to ls swap this bitch.