Could any of you please tell me the best mounting location for a CB in my 90 bronco ii? I was thinking under the dash in the middle, but I have a 5 speed and 4x4 is down there too. Any suggestions?

Have you already bought the cb? Or are you just planning ahead. I imagine real estate is scarce in a Bronco II. You might consider mounting it overhead. Or buy a remote mounted radio that has all the controls in the microphone. That way the body of the radio could be under the seat, in a console or even somewhere in the back of the vehicle.

What ericphoto is suggesting might the the only two options. If you have an overhead console, then under the seat might be the only option.

I haven't bought it, just planning ahead. Those are some good options, thank you.

Years ago I bought a smaller unit from Cobra and was able to modify the ash tray sliding bracket to accept the radio for an in-dash mounting. It didn't overheat, but I did have to get an external speaker for it as the built-in speaker was not powerful enough to be heard clearly through the dash.

That was in my 1st gen though, I think your ash tray setup is different.

Mine is directly under the ash tray in both my rigs. There's just barely enough room there to mount a full-sized CB radio (like a Cobra 148-GTL, Galaxy DX949, DX99V, etc.) and have it clear both the ash tray, and the 4WD shift lever if you make your own bracket(s) that put the radio directly up against the bottom of the dash (it clears the shifter by about 3/8", though YMMV if your truck's body bushings are shot. A smaller radio such as a Uniden PRO-520XL however should fit no matter what).

Since the "all-in-the-microphone" type radios were mentioned, I would strongly suggest that if you decide to go that route, get the Midland 75-822 (I believe was the model number). DO NOT buy the Cobra version (75-NWST or whatever it is), the Cobra unit has about the worst-sounding microphone of any kind of radio I've ever heard, and because it's an all-in-one unit, you can't replace it with something aftermarket like you can on a traditional radio (not in a practical sense anyway... If you're good with a soldering iron and can do microsurgery, then maybe... But the Midland doesn't just have a better-sounding mic, it's all around a much better & more-versatile radio).

Thank you everyone for your replies and info. I appreciate it more than I can show here.

I mounted mine right here: 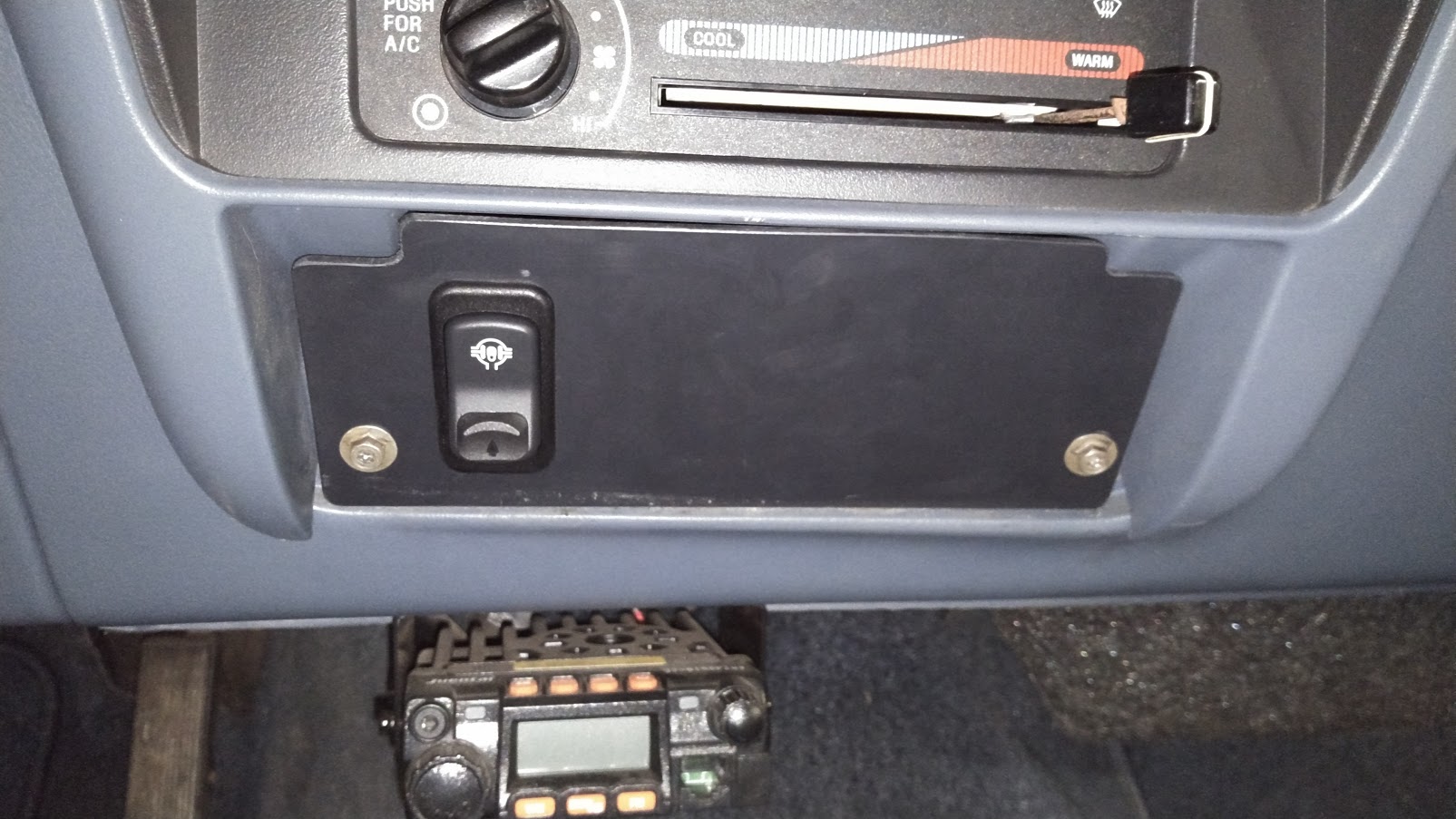 There was a bracket right there that was very convenient. I just had to add a couple holes in it and IIRC I didn't have to drill through the dash plastic at all. Works great, it's plenty loud enough there too.

There was a bracket right there that was very convenient. I just had to add a couple holes in it and IIRC I didn't have to drill through the dash plastic at all. Works great, it's plenty loud enough there too.
Click to expand...

thank you for the picture shran. ive thought about mounting one there but my major worry is my transmission and transfer case shifters will be in the way.

My shifters are miles from the radio... My radio is pretty small though. A bigger one might be a problem.

The transmission shifter is definitely nowhere near hitting the radio. The t-case shifter would be the only one to worry about.

I have this pic of mine, though it was taken after I put a short body lift on the truck (though I also did raise the trans & t-case a bit too so I could make a flatter skid plate underneath). As such, it might not be a good reference. Again though, before the body lift and raising the trans, there was about 3/8" between the knob and bottom of the radio. 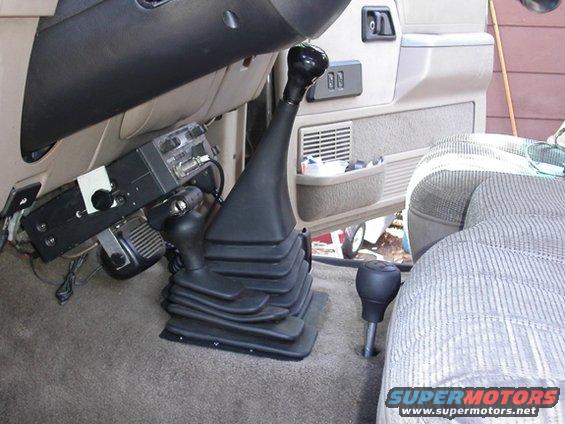 I have a full size CB in my '90 and tucked it down further than junkie's and don't hit it with anything. Wait, I swapped to a smaller one that still doesn't work, but used the same bracket... anyway, there's lots of room and if memory serves there's even two holes in the dash pointing down there so you don't even have to drill holes in the dash.

I have a new Uniden to install, now I just gotta get my wheeling buddies to get CB's in their rigs again... or get my 2 ways working again...

Thanks for the replies everyone, I was really hoping that spot would work. When I get around to it ill post a picture.

Different era truck but I put mine on the right side. Drove to Indiana and back and the only complaint I heard from the copilot was about the mike getting bumped off. I threw it between the t-case shifters and no more complaining. 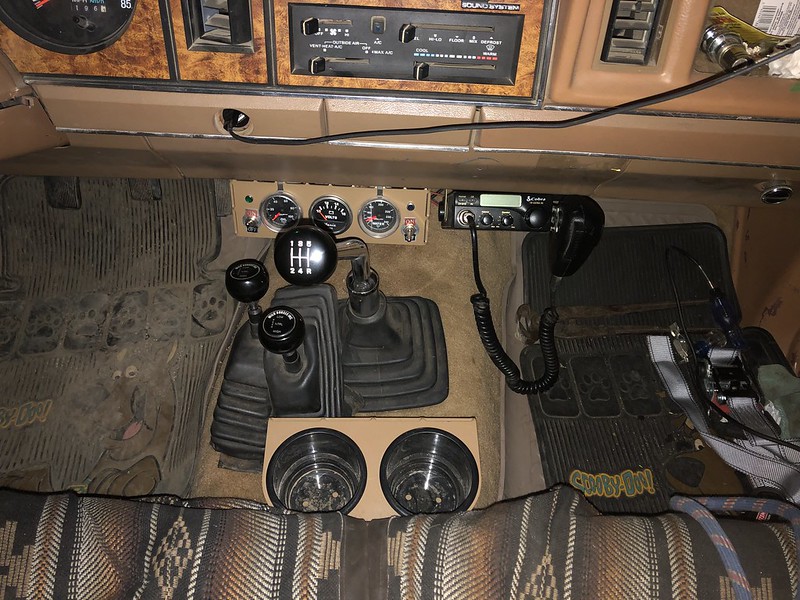