An update on the oil cooler article, possibly

A while back I was reading the article about the oil to coolant oil coolers that could be retrofitted on the older trucks that use the FL1A filter, the vehicles referenced as donors in the article are getting difficult if not impossible to find in salvage yards and since Ford stopped using those filters quite some time ago. I decided to try to go a different route in finding a cooler. I prefer to use this style of cooler for two reasons, I would much rather have a leaking coolant hose than an oil hose, and the added load on the oil pump might prove to be too much for it. The FL1A filter uses a 3/4-16 thread on the filter, this thread is shared with many Chrysler vehicles and Chrysler was still using this thread until fairly recently (they may still be) My search led to finding a cooler for an 06ish Dodge Charger with a 2.7 or 3.5L (Mopar #04792912AE) the only modification required to the cooler is a little bit of filing to an upturned ring on the bottom of the cooler around the seal to the oil filter adapter, as long as you cover the seal with some tape to avoid damaging it, it will cause no damage. (there is already a notch there but it was in the wrong location for me) For hoses I found that using two Dayco 87716 Heater hoses for a 1999 Chevy Camaro with a 5.7 were a good fit with a little trimming, I added a little bit of reflective heat sleeving where they pass by my exhaust, just as a safety measure. I teed into my heater hoses in parallel with my heater core using a pair of Gates 28634 tees.

Unfortunately I didn't think to take any pics of this process but I can take some of the finished product to show how I routed hoses and such, if there is any interest in it. I did this on my 4.0 swapped 86 with Pacesetter headers but the process should be pretty much the same for any 2.9 or 4.0 from 86 to 97. I noticed negligible change in coolant temp doing this but my oil pressure has become much more consistent and I gained a few psi in warm weather. I noticed no issues with oil filter clearance to my D35 and have put about 10k miles on this over the past year with no other issues.

Here is a view looking down, at where I routed the hoses 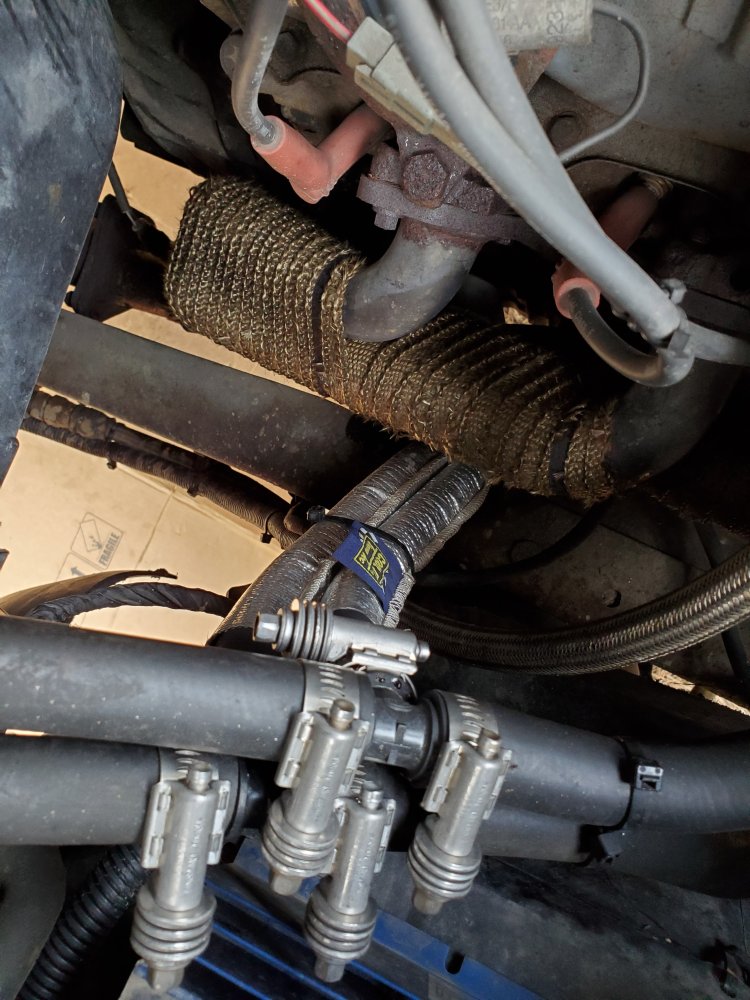 How far the finished assembly sticks down below the frame, it is still reasonably well protected 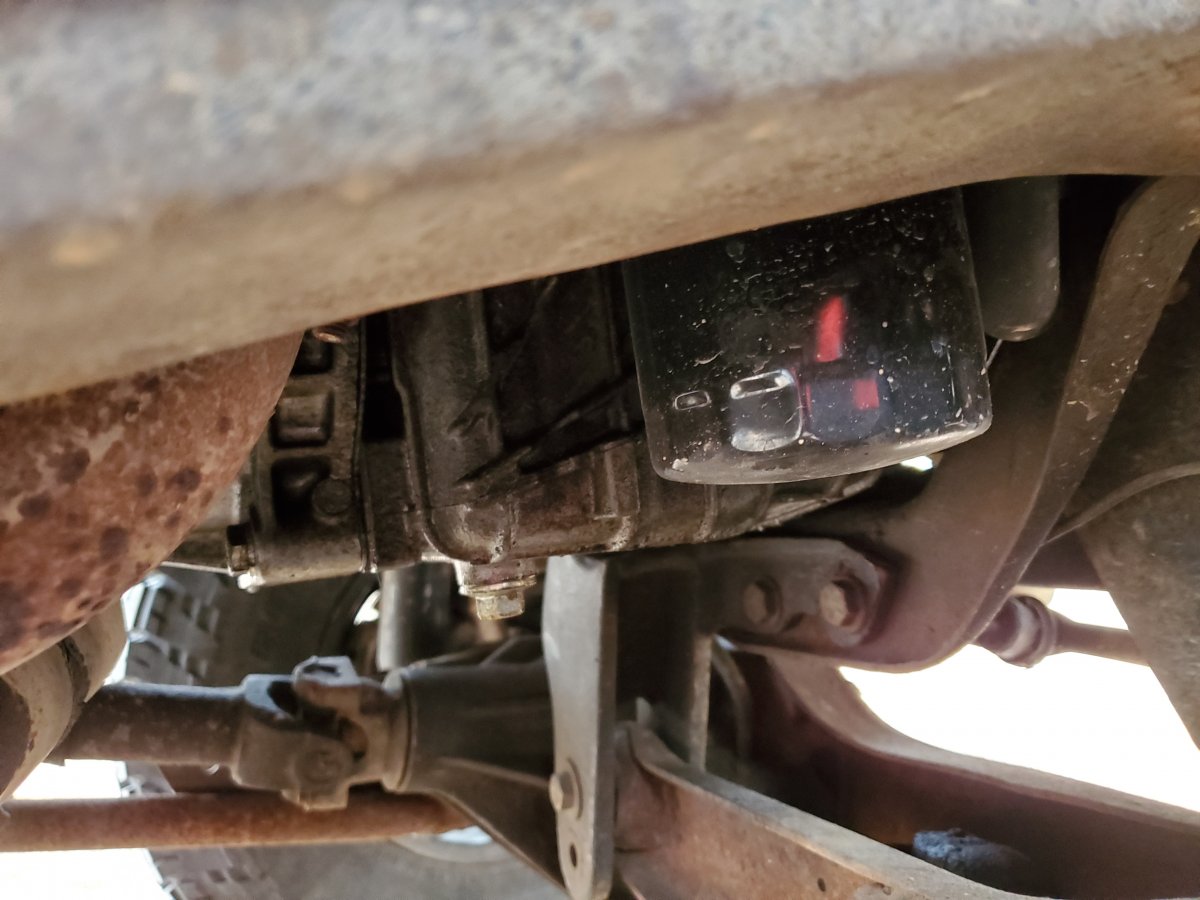 And a view looking up at it, this shows the hose routing, and the unit from the bottom, although the routing is tight, nothing is rubbing against anything or causing issues, it took a little bit of fiddling to get the hoses trimmed right, just take a little at a time and test fit a bunch. 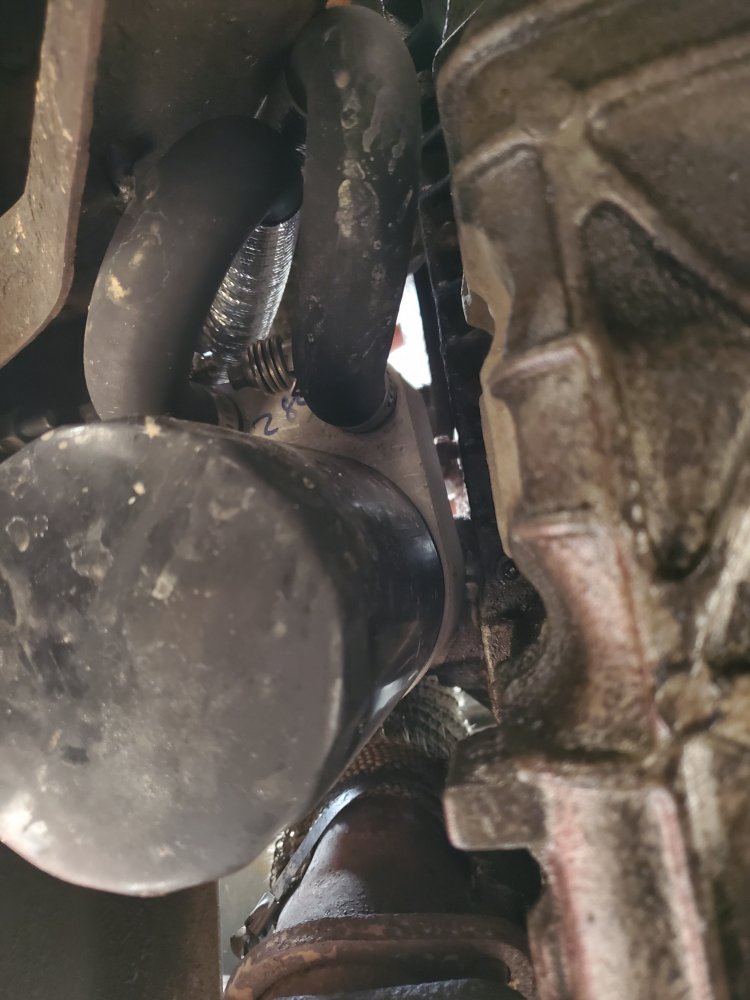 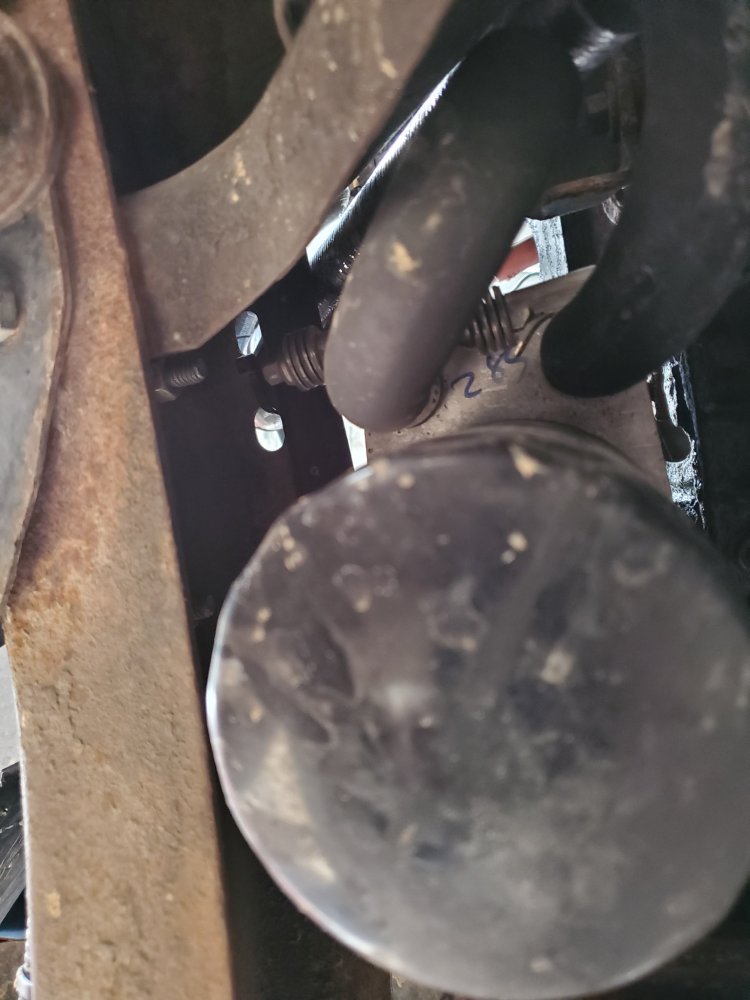 You got strange hose clamps.

they're a constant torque clamp, after having issues with leaks I found these guys, no more leaks, they're a bit on the spendy side but they last forever. I've been using them for better than 10 years or so in some places

Neat, never heard of them or seen them before. I'll have to try them out.

These are the ones I used, they can be used on silicone hoses also, which is nice, I found a pack of 10, for around 20 bucks a while back, yes there are screw clamps that are far cheaper but I'm a fan of not having to worry about things. 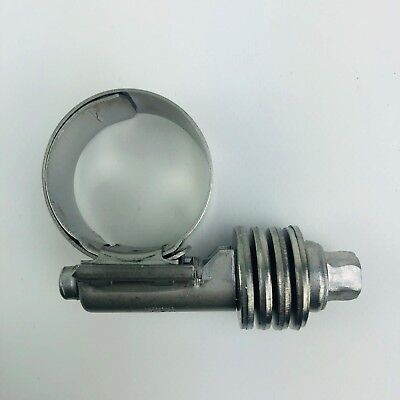