How to install OEM A/C from scratch

So I read the article (linked above) on how to add A/C from scratch but it doesn't seem as if I'm pre-wired. The connector under the brave booster only has 5 wires and the wires at the heater controller are violet and gray/yellow. Does anyone know if I can add the wiring and if so what I need to do?

You could get the wiring from a junk yard vehicle. You would also want the controller that has the A/C controls.

ericbphoto said:
You could get the wiring from a junk yard vehicle. You would also want the controller that has the A/C controls.
Click to expand...

You mean the entire wiring harness behind the dash? I was hoping it might be a little easier than that.

My credo
Drive it, Break it, Fix it, REPEAT !

No one said it would be easy. Welcome to the club.

No they did not! I'm thinking I need to get a proper wiring schematic.

An EVTM if you can find one from somewhere like ebay will be a godsend for you.

85_Ranger4x4 said:
An EVTM if you can find one from somewhere like ebay will be a godsend for you.
Click to expand...

It might work for this but they do change things year to year (out of boredom maybe?)

I'll keep looking then.
Thank you!

AC wiring is pretty simple, its an ON/OFF unit, there is no "temp control"

In a 1999 the engine computer controlled AC on/off so you probably don't want to go that route, new computer

Basics are these
There are two pressure switches, low and high pressure, they prevent system from "burning up" or "blowing up"
These two switches are the Ground for the AC Clutch relay, just daisy chained so if either "opens" compressor stops, thus saving the system
The AC switch in the cab/dash sends 12volts to the AC clutch relay to activate it, assuming pressure switches are grounding it
A 10amp fuse is used to send power thru the AC Clutch relay to power the AC Clutch coil when relay is activated
And that's it

The engine computer was used so AC could be shut off if engine was over heating, OR when throttle was pushed to Wide Open(WOT), i.e. for passing, this would shut off AC so engine would have maximum power
Most people can live without these features, but up to you

Thank you for the information! Are you saying that even if I do have all the wiring already in place that it may not work because my computer may not be correct? And if that is true I can still install the AC without the PC just using the pressure switches and the AC switch?

If the wiring was in place then you would have an AC clutch relay plug in, in engine bay fuse box........do you?
Needs to have the metal contacts not just the "place for it"

And the Purple wire from Climate Control in cab to computer's pin 41 in engine bay?

I can't say if all engine computers have the AC software, never tried myself

I'm not sure about the relay plug. I'll have to check next time my daughter stops by. She uses it most of the time. Info have purple wire. Not sure it lands in pin 41. I guess I'll need to check that one too. I appreciate all the help! 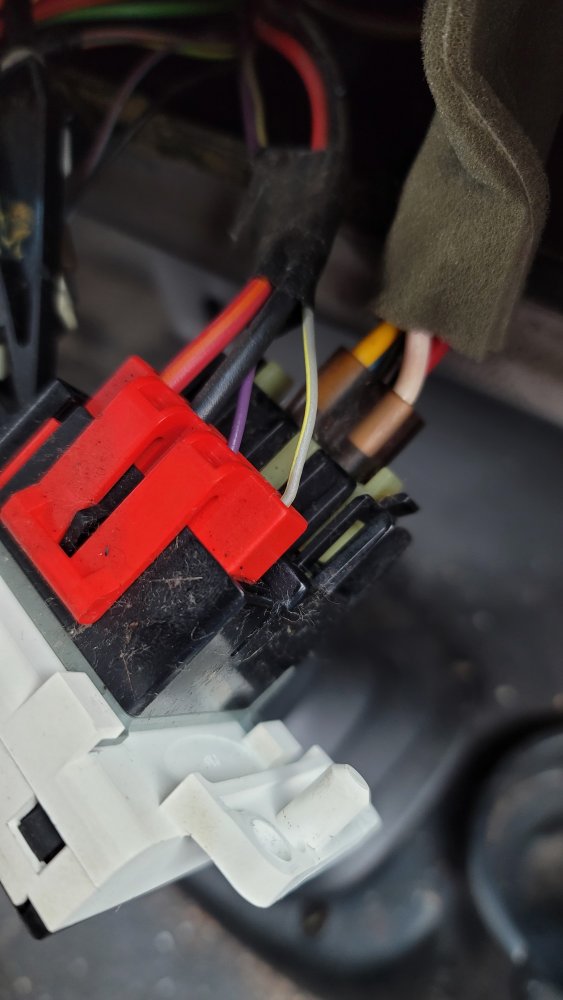