My son's 1999 Supercab has the infamous stuck rear passenger door. The cable/handle/release works just fine,
it's the guts of the latch that are rusted and won't release. It's frozen. PB Blaster, etc., no-go.

We have a door from the boneyard in the right year and color, so we just want to remove this door.

I believe I need to cut the part the latch grabs, the "catch bar" that attaches to the body. Due to a rust hole that
my son is willing to expand a bit, we can get a hacksaw blade on it. I -think- that's the way to go, but slow.

For those of you that have cut your way out of this problem, how did you go about it? Is poking a hacksaw blade
in there a slow but workable idea?

I'm about ready to take a cutoff wheel and the remove the whole lower corner of the door!

Thank you for your time.

I'd cut the door apart. The part attached to the body is probably gonna be hard to cut. That said, I've never actually seen a supercab with rear doors so I might not know what I'm talking about.

I'd cut the door,too. Stuck rear doors are only "infamous" on poorly maintained trucks, usually serviced by Jiffy Lube or another place that doesn't lube hinges and latches. I worked at a dealer from 1975 until 2017, we never had to replace a latch on a truck we serviced. We used to see a lot of door ajar lights on that we'd cure by lubing door latches,too.

Thanks for your thoughts guys.

I have the same problem, drivers rear door won't open. the pass side catch bar is severely rusted, I'm sure the pass side is too.
that catch bar lists at about $120 last time I checked. (I passed on that one)
there is an inspection hole where you can see, with great difficulty, the latching mechanism.
I did manage to get a thin tool in there but it did no good, the rust had jammed the mechanism.

my plan is to get under the truck and drill up thru the 2 screws to release the catch bar.
that won't be easy either, need holes in the rocker for access, probably a good carbide bit and a tube secured to the screw to guide the bit.
my door is in good shape, cutting it is the last option.

Thanks for the input guys. We got the door open, had to cut - but the way we cut might be only mildly destructive for you. We used a hacksaw frame to get through a rust hole (probably why we had the rusted latch in the first place!) and then it was easy to saw the latch.
We used this:

Like this, since we had the rust hole anyway and had another door from the boneyard as well: 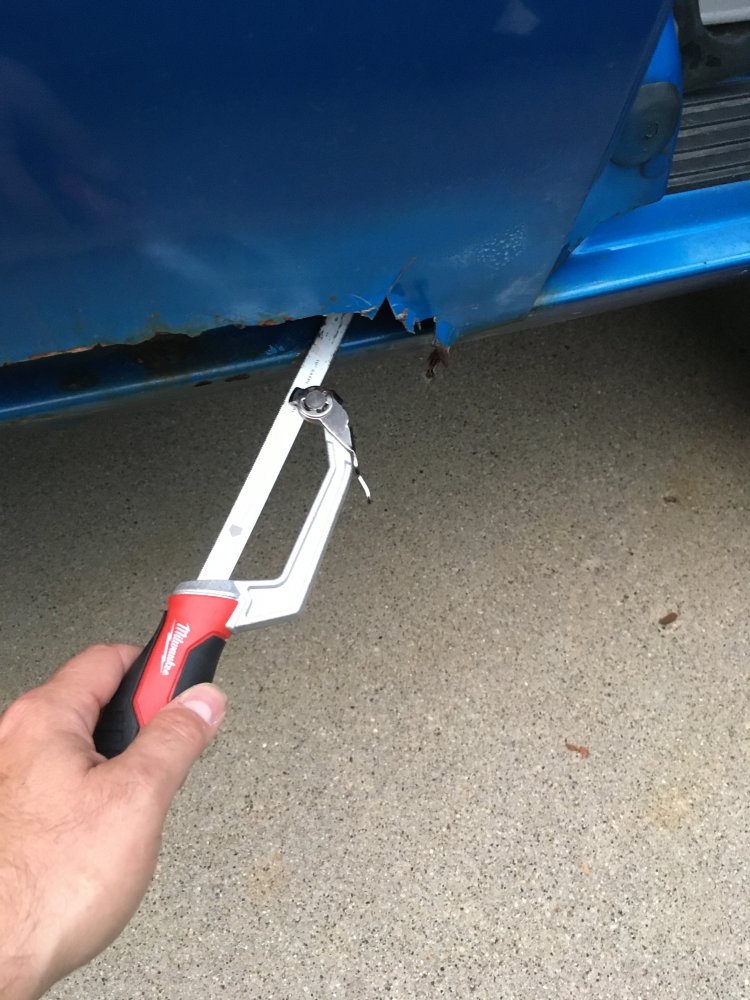 But I think you could do this, too, or maybe get at it from the inside: 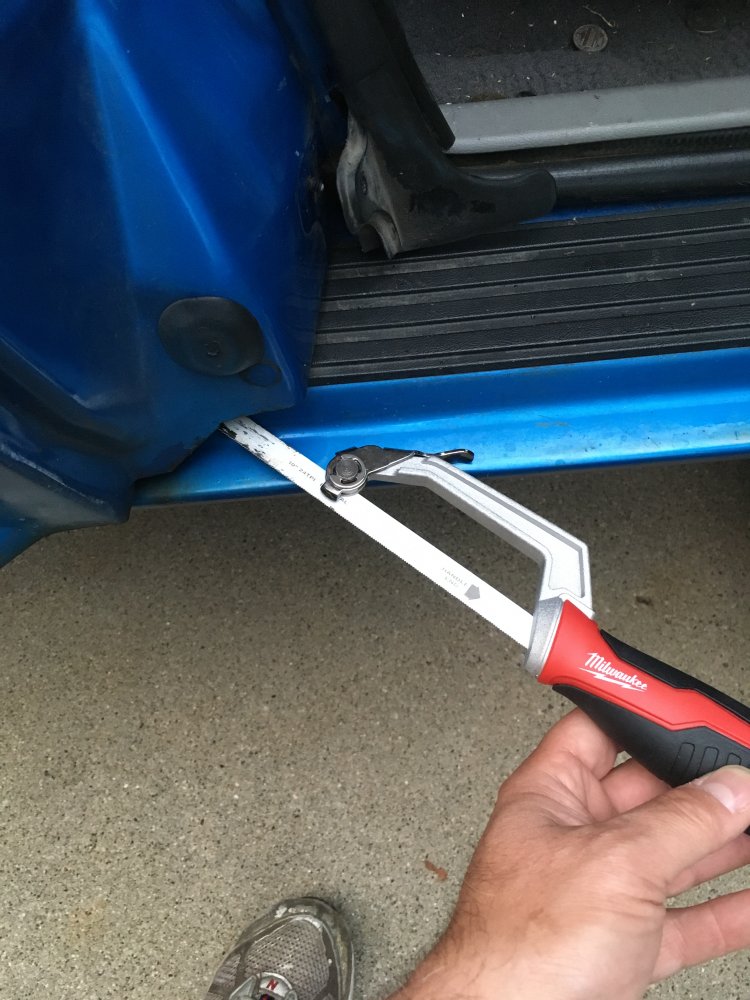 And this is the result. Door open! 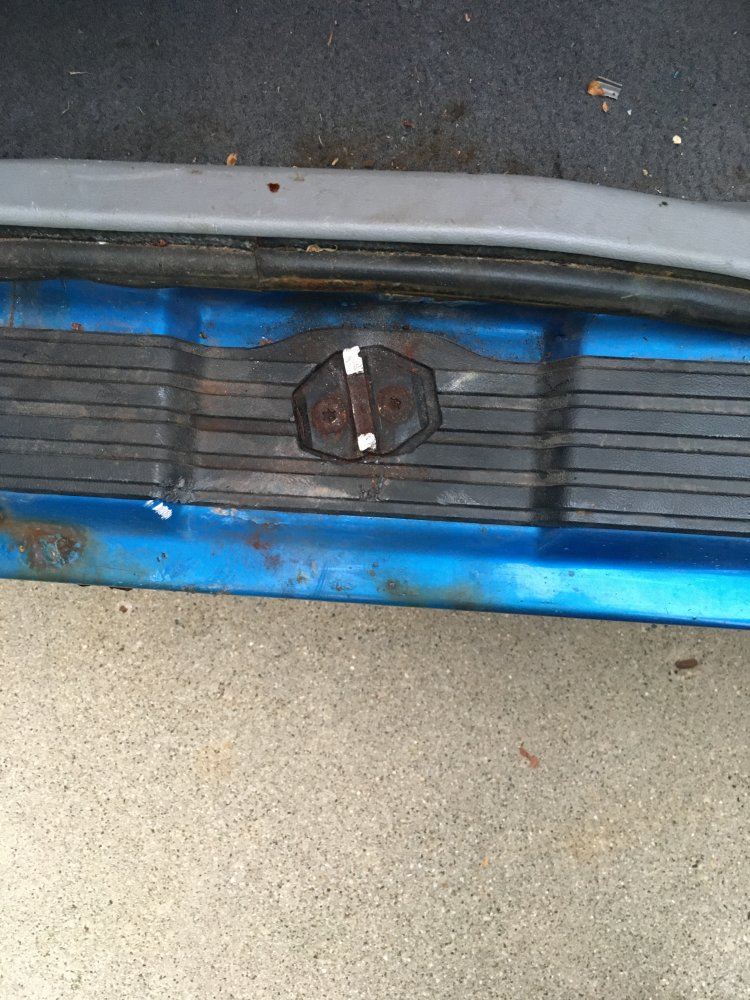