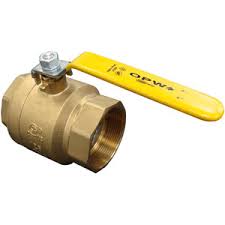 Hey, I just flip a switch on my dash and it pumps from the other tank...

the issue with explaining it to someone is that they must also believe the warnings.

THE issue with using a set of discrete valves relays and switches is that when you flip your manual control you never know for sure that the valves and relays responded correctly.

In my case the factory "valve" is electricro-mechanical

It either works correctly or not at all. if EITHER component moves they both move.

the failure mode is no action at all, that'd leave me power less and potentially stranded, but at least not in urgent need of a fire extinguisher...

a seperate valve or relay can fail seperately and you must consider the effects of a discrete failure on other components that DO move as commanded.

There are two kinds of failure mode, a "benign" failure and a malignant failure.

a Benign failure is that the engine dies for lack of fuel the main fuel pump relay is shut off by the PCM and you roll to a stop.

a Malignant failure is a valve doesn't switch but a relay does the fuel keeps pumping and winds up spraying EVERYWHERE where eventually the almighty will provide a source of ignition... And you get a suicide and a viking funeral all at once...

alright,...... sadly i have to put the dual tanking plans on hold (for now at least)... i bought an 86 xlt with a tiring engine(needs to be replaced(its the original engine)) auto trans, auto hubs(they seem to work great) i kinda like the push button 4x4..... my new question is what is it gonna cost to swap in a newer 2.9(only because of how fuel efficient it is)
also...... how much coolant should be in the surge tank?
and how much oil pressure is there supposed to be?(mine always reads barely normal....)
Last edited: May 21, 2011

An alternate method that probably won;t blow you to kindome come is to mount a tank in the bed and allow it to gravity feed to the lower tank. this still requires rerouting the vent lines to the in-bed tank and it would probably be a wonderful ideal to regulate this gravity flow with a solenoid valve.

This has less benefit of tere being no way for pressurized fuel from being FORCED into an already full tank...

theres a thought.... i will keep that in mind for later