Also a cat person. I don't think its any better if they die a "natural" death. My heart is with you.

It’s hard to lose a pet. Sorry for your loss.

alwaysFlOoReD said:
Also a cat person. I don't think its any better if they die a "natural" death. My heart is with you.
Click to expand...

We just got him last march, he was about the size of the other kittens in the pic when they were born so we didn't get to have him very long.

And I got a new little wrench fetcher/flashlight holder today! A 7.4lb baby boy. 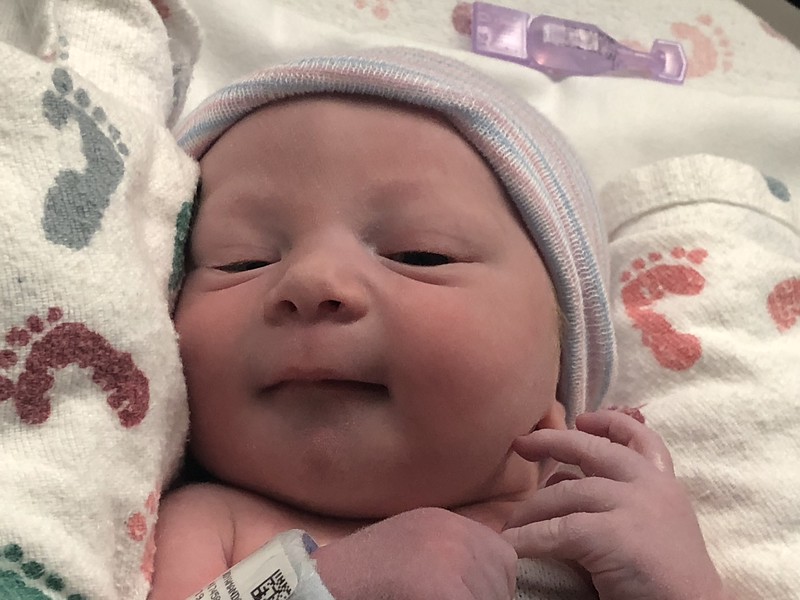 Babies! Made a bunch and I like them. That one looks awesome.

We agree on nothing.

Cats are cool, kids are on a different level. Hard to explain until you see yours.

85_Ranger4x4 said:
Cats are cool, kids are on a different level. Hard to explain until you see yours.
Click to expand...

You're correct. I was wrong.


@Will and I still agree on nothing.
TAKE THAT, WILL!

She is doing a lot better, especially now.

He was born blue which I guess isn't unheard of. They stimulated him and got him going, did their measuring and checking and I consoled my wife as they did cleanup. They bring him back over for the skin to skin thing and seeing an opening I go into the bathroom in the room. I step out and the room is abuzz with people. Probably 10-15 people were hustling around the room and my wife was looking concerned. Turned out he had quit breathing. I followed him to the NICU and talked to the dr, at 5 minutes it isn't a big deal but at 20 minutes the dr said while it was probably nothing but he wanted Oliver monitored in NICU for a few days. Plot twist, their NICU was full. So was the NICU in their sister hospital. So they found room at a different hospital yet halfway across town. When I went with them we went "the back way" to NICU so I had to find my way back the normal civillian way which took a bit. Side rant, hospitals are rectangular like bricks... but there is no straight shot anywhere, they twist around on the inside like a termite tunnel why? Anyway my inlaws brought supper out for us, I had two bites left on my sandwich when they rolled him in on a stretcher in a bubble deal with a power pack thing on his way out. That was hard for both of us, we got like 10min total with the little guy. I went to go see him at the other hospital (it was snowing for extra fun) the next morning "Oh we don't have an Oliver here" and I am thinking "you dang well better" The transport people either didn't say his name or the people that received him didn't hear it, I don't know but the same little red haired guy that left us was there as #26 (his room number) with our last name attached. They had him on an IV so then they had to wean him off of that and get him switched over to milk which took a couple days, they had to use a feeding tube for awhile to help with the switchover. Then his bilirubin was too high so he had to have a UV blanket for 2 days. Then he had to get good with a bottle.

He was just released this afternoon... 'tis been a long tough but rewarding week. He is as fine as he can be for his age so we are fortunate that way (I know it can be a lot worse) but for our first it was rough on both of us. 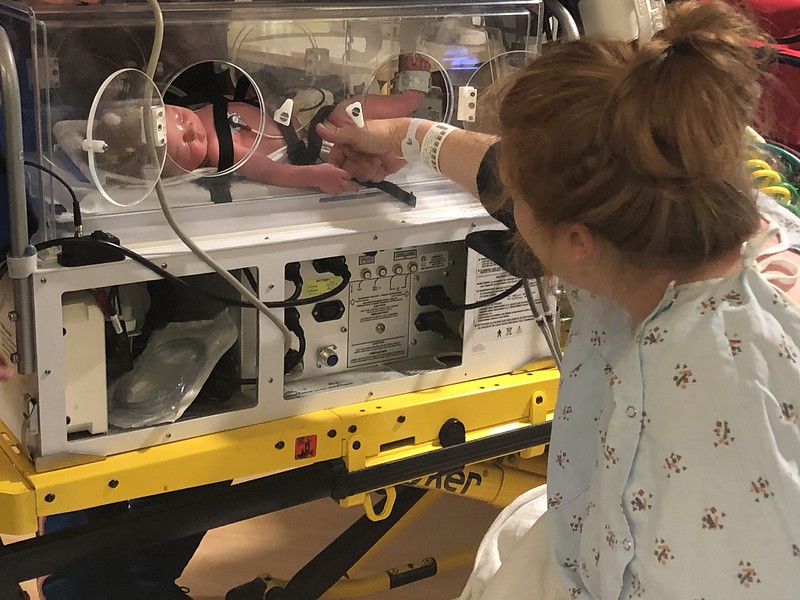 Today as he was being released: 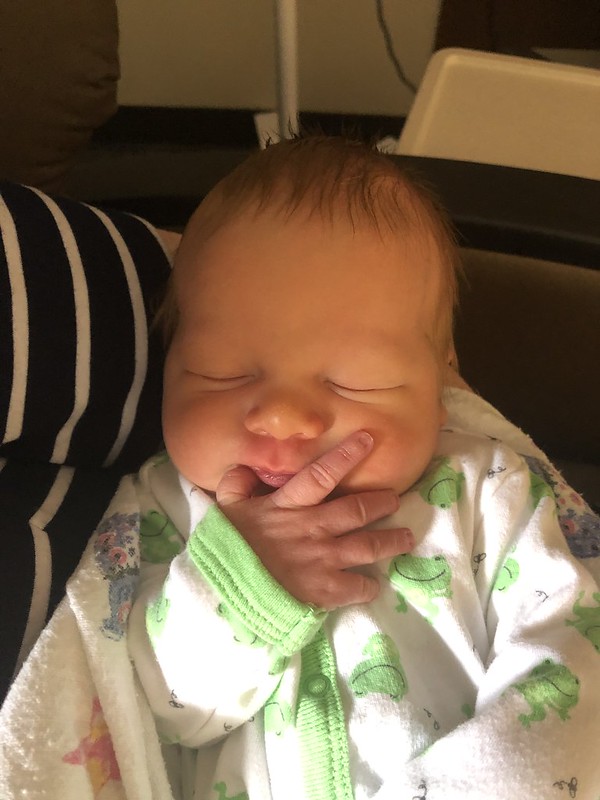 
Glad to hear things are better.

Well good to hear everyone is well...