I've had good luck cleaning engines by adding one less quart of oil and using ATF (Dexron/Mercon) for the last quart. Usually washes chunks out the drain plug. Will stop up a filter if you leave it too long tho. I drive it around 100 miles with the ATF in it.

I’ve got a leak in rear left wheel brake.
Caliper needs to be replaced maybe? 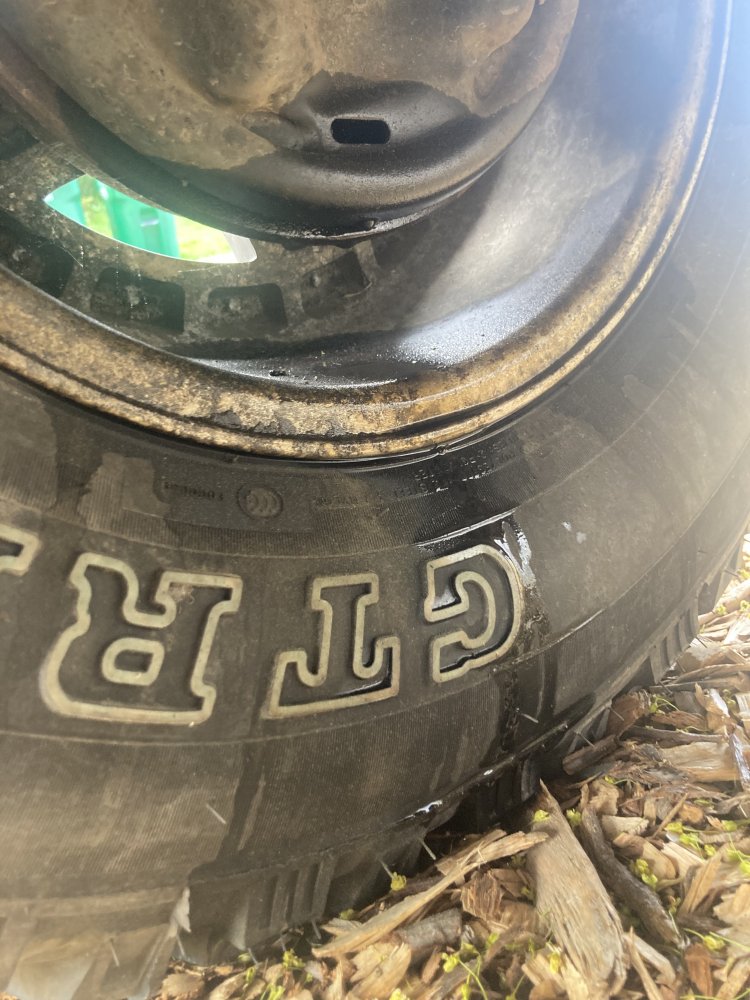 You sure it isn't gear oil?

You sure it isn't gear oil?
Click to expand...

I’m planning to take the wheel off to inspect soon. If it’s gear oil coming out, what’s the likely cause of it?

You should be able to touch the fluid/oil and smell it. That will tell you what is leaking.

Uncle Gump said:
You should be able to touch the fluid/oil and smell it. That will tell you what is leaking.
Click to expand...

If it smells like a homeless mans butthole it's gear oil.

Put a dab on a finger and it was quite difficult to smell at all. Had to nearly snort a hit of it, and I could faintly smell that it’s similar to generic motor oil. I did just change the rear differential fluid a couple weeks ago.. is that this same fluid location?

I’ve never huffed brake fluid though and nor do I have any on hand, so I’m unsure what I’m sniffing for on that end.

it's most likely brake fluid then.

you would know gear oil smell.

time to pull the drums and have a look...

Brake Fluid doesn't have too much of a smell. Probably have a leaky cylinder like Gump said.

Those are like $12, so not a huge problem... doing brakes on these is cheaper than on my F350, shoes, rear axle seals (the reason for getting in there), spring kit and wheel cylinders was $165...

Solved the startup issue more or less.. inspected the engine side of all spark plugs and found quite a bit of surface corrosion of connections and also some loose fitment. Cleaned them and then adjusted the looser caps and fired it all up with success. This probably represents a good bit of unburned fuel smell. Pickikg up a brand new set of wires tomorrow and will just replace them all.

There is still one hiccup in the startup.. sometimes, not always, the starter will rotate what sounds like a half rotation, then stop with completely silence for a quick moment like 1/4 second, then fire up strongly and all goes well.
Is this something to be concerned about? Or adjusted? Timing?

I had the local generic tire shop swap new rims on since I found some OEM rims locally for a good price. They balanced the wheels too of course.
They did leave one lug nut off since it looks like they didn’t want to try hard dealing with the threads on that one. There’s still decent looking thread on that lug but I may need to use a thread reformer first on it.
They also left two hub / bore adapters. Pic attached. Not sure what this means about the former wheels (AR23) vs the OEM wheels. Maybe the front required them for the AR23’s but not for the OEM wheels?
Im glad to have gotten a shop to be the ones to undo 20 old lug nuts. Now that they’re fresh I can more easily take each wheel off to work on brakes.
Rim size is 7” now instead of 8”. I like the stance better. With 31s on they’re a bit easier to rub now but it’s still not bad. I will likely adjust the steering stop to not reach that point. 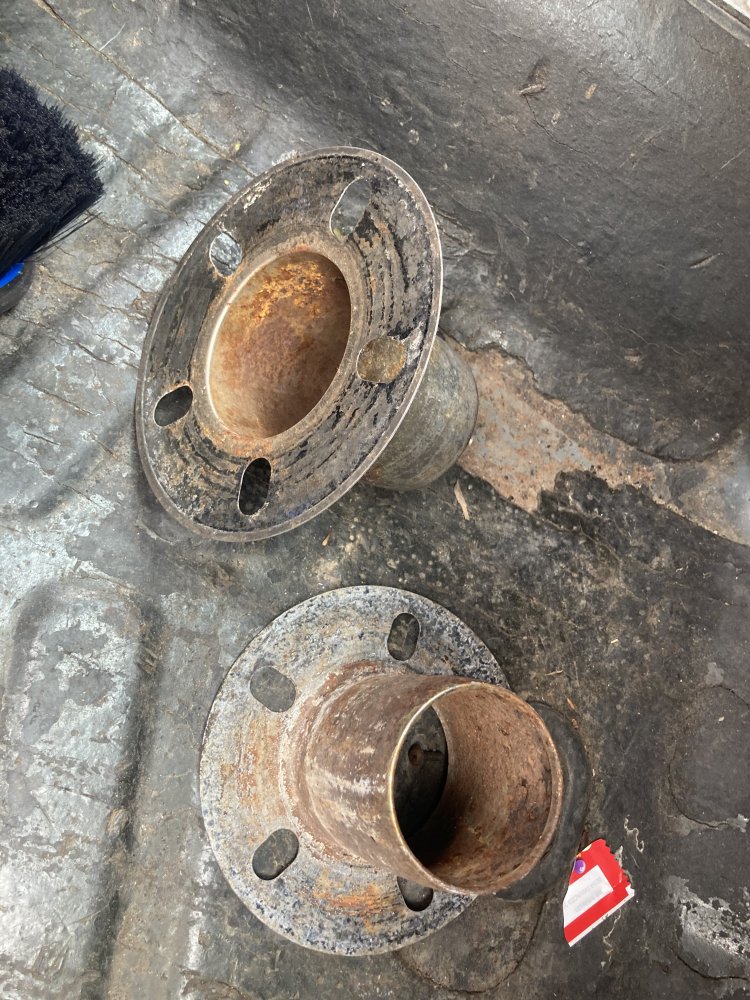 Had some fitment and part quality issues with replacing the old catalytic with one I ordered and received. Quality issues aside, the main confusing part fitment issue is that my intermediary pipe (OEM replacement supposedly, made by Walker ) that follows the old cat has a flat / flush mating method and a thin gasket, where as the cat I received (also OEM replacement supposedly) is expecting to see a concave mating using a donut gasket and spring bolts.
When checking parts diagrams for a 1989, I see the flat mating. When seeing diagrams for 1990-1992, I see the donut flex mating. Ok, fine.
But... the products don’t follow those rules..
My new cat is a BRExhaust, meant for 1989, has a donut downstream end as mentioned. So that’s weird. So I decided to just order the BRExhaust intermediary pipe for 1989 thinking at least if I follow the brand it will connect, and it’s pictured on Autozone websites as having the donut type connection, and sure enough it shows up and it’s FLAT. So the BRExhaust 1989 pipe does not fit with the BRExhaust 1989 cat. Great!
So I’m thinking I should just order a 1990-1992 intermediary pipe, which should be the donut flex type connection, and just use that. But my concern of course is that the muffler and tailpipe will then have to be changed if for some reason everything is different there, and also that my frame hanging points won’t line up for said changes.
Anybody have any knowledge about all the compatibilities here?

Probably need an 88 non EGR...or you have an already modified truck ...you have the right parts..
Truck has been customized previously...and your blaming the parts supplier for giving you the right shit.
Last edited: May 16, 2021
You must log in or register to reply here.
Share:
Facebook Twitter Reddit Pinterest Tumblr WhatsApp Email Link