That's gonna almost be impossible with 900 lbs in th front

It is impossible with just about any truck unloaded. They are meant to carry things in the bed which would goof up a "perfect" balance unloaded.

Stock you had a 300lb v6 up front, the only counter to that in the rear is a 100lb fuel tank halfway back hugging the left frame rail and a spare tire.

Besides that when pulling a trailer the truck's nose weight acts as a counterweight to the tongue weight of the trailer.

MTOTM Winner
2011 Truck of The Year

cumminsranger said:
I think Ina just buy a old beat dodge 4x4 and use the frame and suspension and just put my ranger body on it
Click to expand...

Are you planning on modifying anything to make up for the fact the frame from the dodge will be both longer and wider than the Ranger frame, or are you just going to drop your Ranger body on it, and call it a day?

Honestly, I think the second option would just look bad(we've already talked about how important looks are to you). The wheel arches wouldn't line up, and the Ranger body would probably have to sit really high on the frame, and it would look like you just dropped a random body onto a random frame, like some hacked up, backwoods, redneck wet dream.

That's just the appearance stuff to make it "look right" as you say. There will be lots of other little things like steering, and accelerator pedal cables, brake systems, etc that will need to be figured out to actually make it work. And you'll still have to make that long engine fit into the Ranger engine bay, either by stretching the Ranger sheetmetal, or some combination of a new firewall and core support.
Last edited: Nov 26, 2013

stmitch said:
Are you planning on modifying anything to make up for the fact the frame from the dodge will be both longer and wider than the Ranger frame, or are you just going to drop your Ranger body on it, and call it a day?
Click to expand...

Ranger cab (preferably supercab) + flatbed would be an easy way out.

Piddly crap like lines, cables and steering are going to be a bother for a swap no matter what you do. It ain't rocket science.

The 6BT will almost bolt in... If you cut a big-ass hole in the firewall:

snoranger said:
The 6BT will almost bolt in... If you cut a big-ass hole in the firewall: 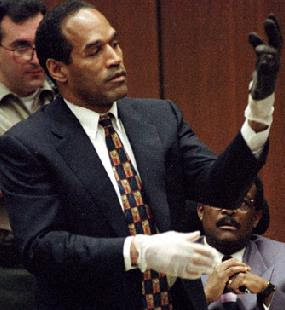 The 6bt is an awesome motor. I don't blame you for not wanting a 4bt. They don't make much power unless you dump tons of money into them and then they don't last long anyways. 4bt's are way over priced also. You can get 1000+ ft lbs out of a 12 valve with ease and still be a reliable daily driver. Gas motors are cool too though. At least some. But that's not what you're looking to do. You won't have to stretch your fenders or move your seats to the back. If you have decent fab skills just cut the center of the firewall and sheet a tunnel back. It should still fit behind the factory dash too. Just cut the center out though like between the driver and passenger seats so you still have leg room. Also just think of mpg's as a bonus. If you were really worried about mileage just get a honda. What year is your 6bt? If you don't use it, I will take it off your hands!

I've seen one of these done up. I believe it was the newer body style though, the rad was in the box and he didn't have to touch the fire wall. It was a cool truck. if you find another free engine I'd like to put it in an old 2-ton. :-D

5literbeater said:
The 6bt is an awesome motor! What year is your 6bt? If you don't use it, I will take it off your hands!
Click to expand...

it can be done. i have a 1991 ranger with 7.3IDI on a 89 f250 frame. if really want that cummins in engine bay your guna have to hack hole in firewall relocate the rab to the bed. i had to cut a lot out of my firewall to fit the 7.3 in

monster engines can make there way into rangers

cammeddrz said:
when I did my front clip swap/tubular inner-fenders/core support, I gained at least 6" under the hood.

i'm not saying to swap the front clip from a 2000 like I did, but I am saying that if you had a tubular core support, in place of the 4" thick one, and build it so that it tucks further up behind the header panel. it will net you a lot of additional under-hood length.

or you could youk know.......not swap a diesel engine into your truck

5.9L huh?
get the same displacement of gas engine, and put the same amount of boost to it. its torque numbers will out-do the diesel, its HP numbers will double it or better. all the while it will actually fit under you hood, while being a hundred pounds (or more) lighter. but the best part of all, it won't be diesel
Click to expand...

i have to strongly disagree with that statement. one cummins rod probably weighs as much as 8 318 rods.

you go ahead and put 40 pounds of boost on a la or mag block ....hell any small block before 97 out of the junkyard and see what that gets ya. there isnt any gas block out of a normal car or pickup big or small that will touch a cummins dollar for dollar and live a long life and maximize efficiency.

there is not a single old school small block or big block that will match its efficiency......hell if your tyying to do that or best one of them...you need a duramax

hank857 said:
there was a program on tv where they installed a v8 in a b series and they had to EXTEND the fenders etc for it to fit! A straight 6 cyl will require the same and probably lengthening the frame or just mounting the body on a dodge frame and going from there. A 4BT has been fitted on several rangers, never saw or heard of a 6 cyl going in one.
Click to expand...

how the hell did you come up with that conclusion??

no. they most certainly did not have to extend the fenders for that short fat 8 miles of timing chains pos to fit in there.


they extended it to aid in getting better weight distribution. you may want to watch those 19 or so episodes again a little closer and learn something this time....thats a really big miss you got there..


simpler=better said:
Gen your engine bolted up to the transmission, pull the front clip off the ranger, pull the ranger's engine/trans and start test fitting.
Click to expand...

now this is something i can agree with

the cold reality is simple....

simply not a candidate for a rain gutter ranger.....

yet, you want to do this.

obviously you lack the skills/tools or you would simply post up your 6bt ranger.


so you set out looking for some advice. theres many swapper forums out there that by the looks of these comments you may want to study and join. i have not had time for this place for about 6 months so i am unreliable at best my damn self. but i do love this place and like to help when i can.


I ALSO KNOW THIS CAN BE DONE, if your willing to live with some compromises.


with a straight axle conversion and a body lift along with light firewall mods and frame boxing this is easily done like any other engine swap. you will have to live with the wheel base being extended some along with cooling systems relocation etc.....but if shit like thats livable to you....its a done deal.


i dont want to relocate the cooling system on a street rig so i dont think i would do a 6bt personally unless i got it for free or trade or something.