Long story short truck started running a bit slower checked codes, got a lean code and a p1309 code. Decided to change out the syncro and cam. I assumed the original syncro was good.

I turned the crank by hand till I could fit the ford tool on the syncro then took it out, and put in a brand new one with the ford tool on it and new sensor. I bolted everything back together and it started surging,misfiring,ideling funky, had power at speeds more then 30mph but anything less wide open throttle was shit. I bought a new MAF,IAC,TPS,Air Temp Gauge, Coil Pack,Checked wires and same problem. I thought maybe the gasket was not installed correctly. Took off intake and added a new gasket and it helped but same problem. So im now convinced that I didnt install the Cam Syncro Correctly. My question to you fellow guys.

Hopefully this will solve all my issues and answer someones question one day if they run into the same problems I am having thanks!

So you need to find Compression stroke TDC first, or the rest won't matter

Yes, you put crank pulley at 10deg After TDC, when using the install tool
If you cut a piece of tape 34mm or 1.33", and put it on the LEFT of TDC line on pulley, end of tape will be 10deg After TDC

EDIT
I had right before OOPS

Thank you Ron! That clarifies alot of issues!! Time to find out oh far off was the orginal syncro from top dead.

Turns out the cam syncro I installed and the old one were both installed at 180 degrees vs TDC = 0 plus 10. Also I looked on the truck and found timing marks for both 0 and 10! So time to install it correctly. 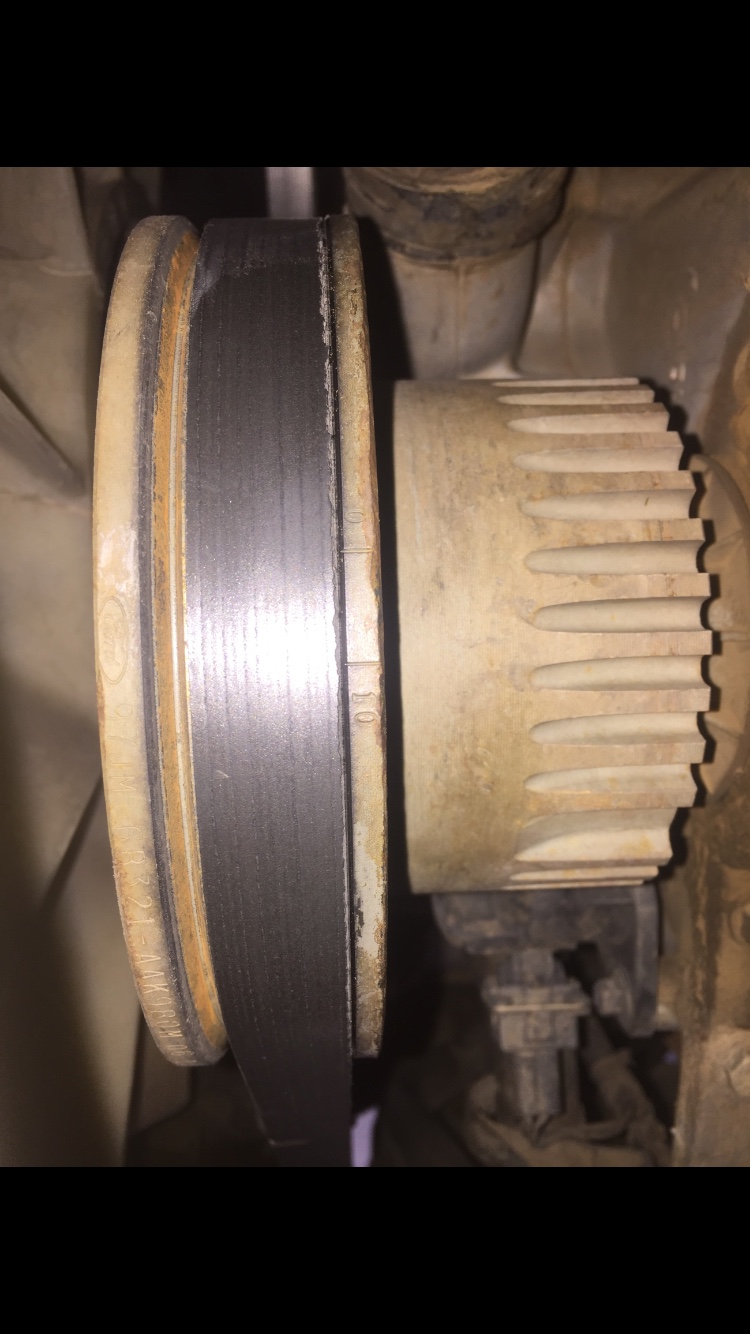 That mark is 10deg BEFORE TDC, its for spark timing, you want 10deg After TDC for synchro

I edited previous post, I had "right" it should have been LEFT of the line
Last edited: Jun 22, 2017

RonD said:
That mark is 10deg BEFORE TDC, its for spark timing, you want 10deg After TDC for synchro
Click to expand...

Oh thank you Ron!! Did not know that!!! I'll be sure to make the same distance with tape on the other side of 0 and measure it and confirm it at 10 degrees. Haven't stabbed it in yet since the new syncro I took out has some play in it. The old one has a lot of play in the shaft and the new has a little. I don't know if I should risk putting a syncro in with shaft play. Better to buy a brand new one and return my old one?

Also when you say right. Can you clarify if you means driver or passenger side. I don't know which direction you mean. Facing engine or facing out

Just to be double sure so i do this 100% correctly and to provide reference photos is this photo correct Ron? I have to line up the needle on top of the crank to the line that I drew, not the line thats on the crank correct. 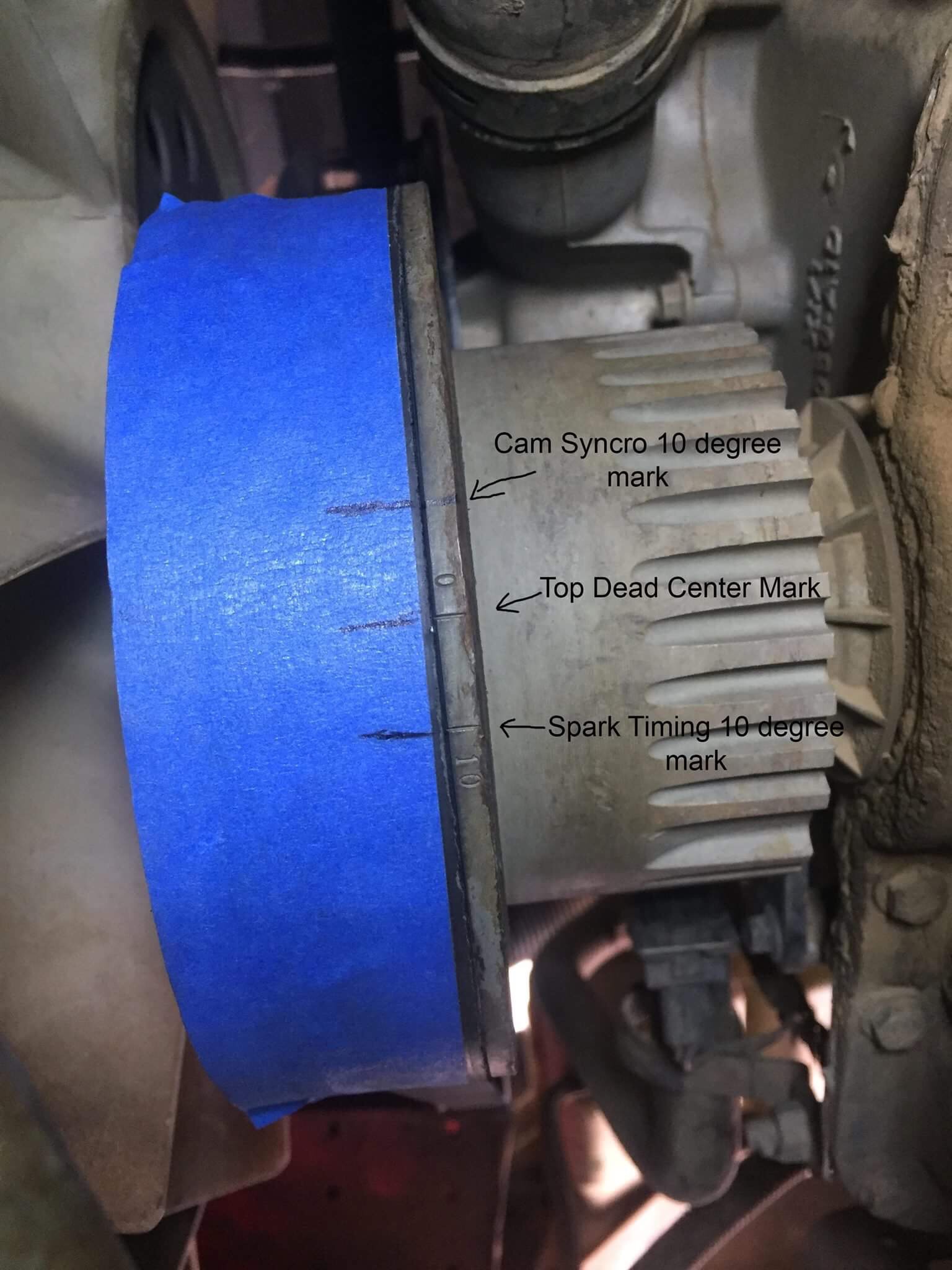 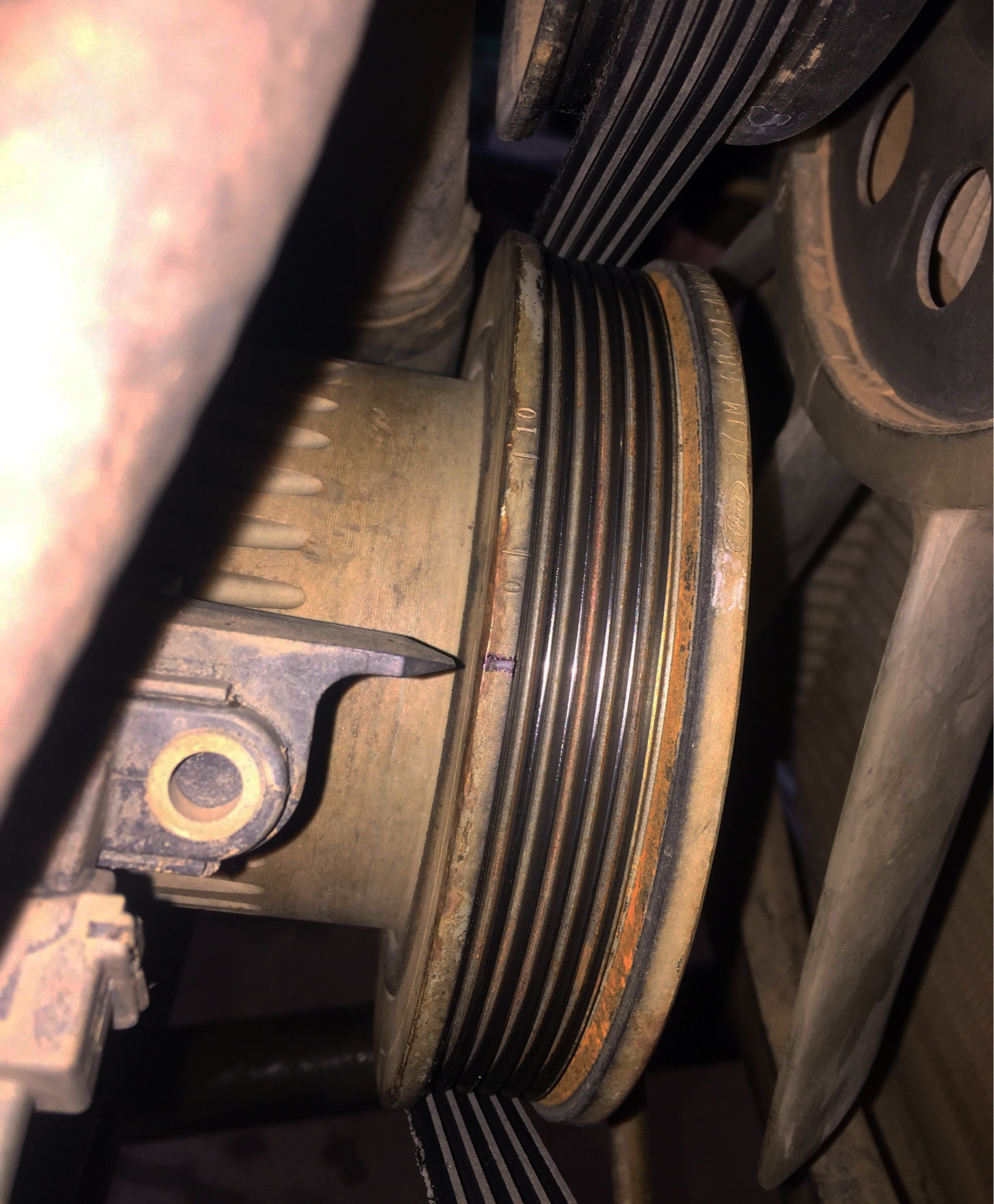 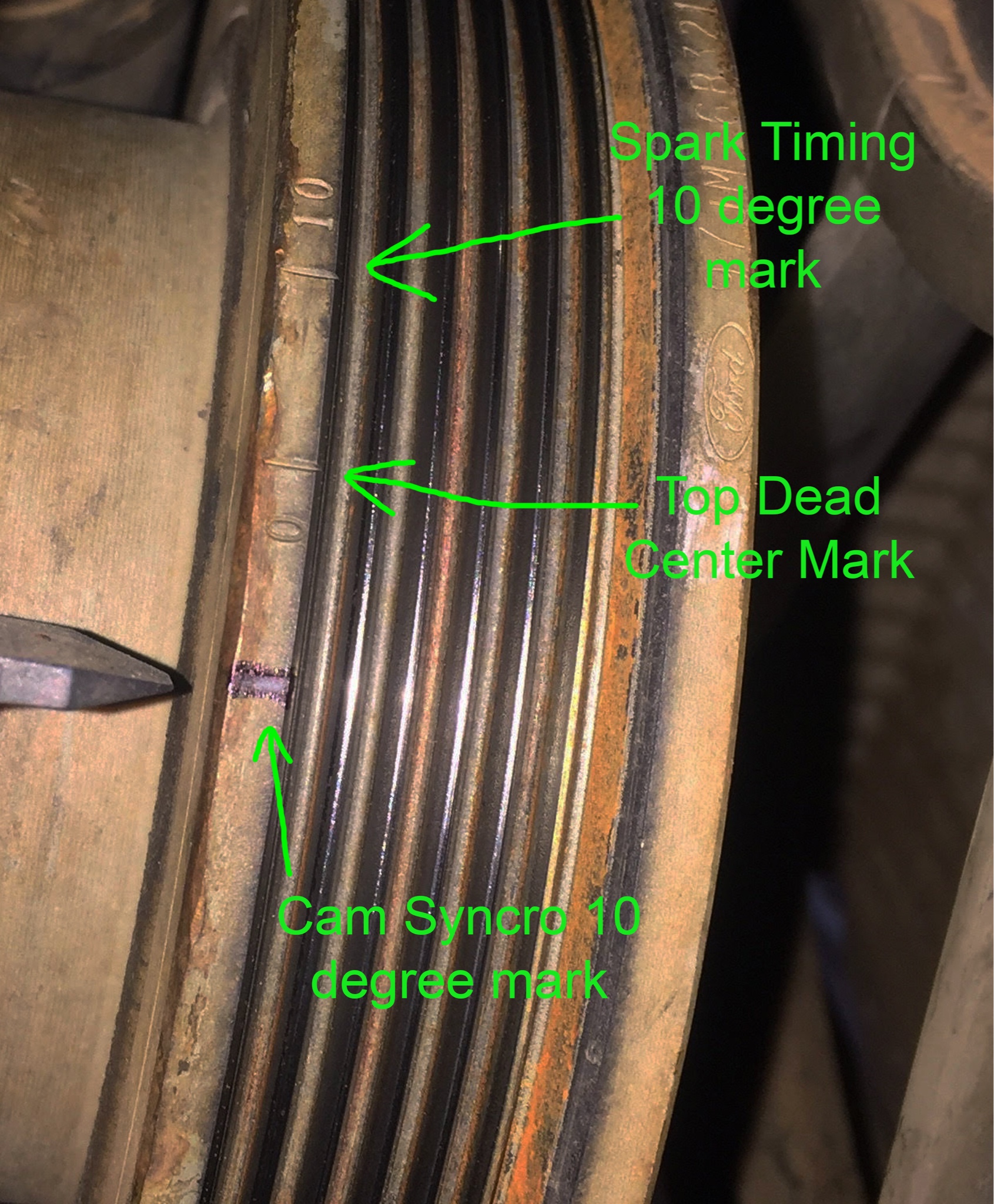 . Lines up with the sensor correct? Passenger side of the tdc line

Yes, and thats on the COMPRESSION STROKE of #1 cylinder

How do I know for sure if it's on compression or exhaust without a gauge? I

Just saw the edit Ron a little late Jesus Hahahaha I just installed the cam syncro did everything correctly and it ran better but way shit. Now I see why.