I bought this truck as a stripped out,hacked up, alleged former drag truck. I say alleged because after getting my Mustang through tech at New England Dragway for 20+ years, there is no way this truck was ever allowed on the track. He broke off bolts everywhere and either drilled them and used a bolt and nut or welded stuff- the hood hinges are welded on, for example. The front cab mounts by the core support were missing altogether, the underfloor mounts were still the originals but he'd wound 7/16 coarse bolts into the 12 mm x 1.75 nuts so they weren't holding much. The rear cab mounts were one hockey puck per side and 36 flat washers stacked up, held together with hardware grade bolts. The rear box was held on by two 3/8 carriage bolts with 4 factory bolts in the other holes that had no nuts on them. It had an 8.8 that I had planned to use, until I found the scored pinion flange, rusted axles,and traction lok clutches worn to metal allowing one wheel to spin until the spider gears ground into the case. The housing looked OK, at first. He had moved the spring pads to the bottom of the housing, welded them on at 2 different angles, neither was correct. I had an 8 inch Mustang II housing which measured 1/4" wider than the Ranger 8.8, several sets of gears, a new Yukon limited slip diff, so I bought custom 5 lug axles and a bearing kit and built myself an 8 inch rear. The Ranger 10" backing plates bolted on like they were made for it.
One of my former techs gave me the 351 out of his 95 F150, I rebuilt it with new pistons, ported the heads,and did a valve job on them, bolted on 1.7 roller rockers and an Offenhauser Dual Port intake with a Holley and finished it off with a Pertronics distributor and a set of exhaust manifolds with 66 Full size Ford ID numbers. I bought an H pipe for a 65-6 Mustang and cut it up to make a Y pipe with a 2 1/2 outlet. The C4 came out of a six cylinder 81 Cougar that I swapped the old engine out of my Mustang and a T5 into. I used Mustang drums for forward and reverse/high to gain more clutch discs. The shifter came out of a 74 Mustang II I junked out years ago,( primarily to get a glove box door for my Mustang that wasn't warped by pressure from the glove box light switch). I stripped 4 cardboard boxes of wiring out of it, reused the under dash fuse box and made my own wiring harness. I bought a Vintage Air system because I wanted a/c and didn't have a heater box to start with. Here's some pictures. 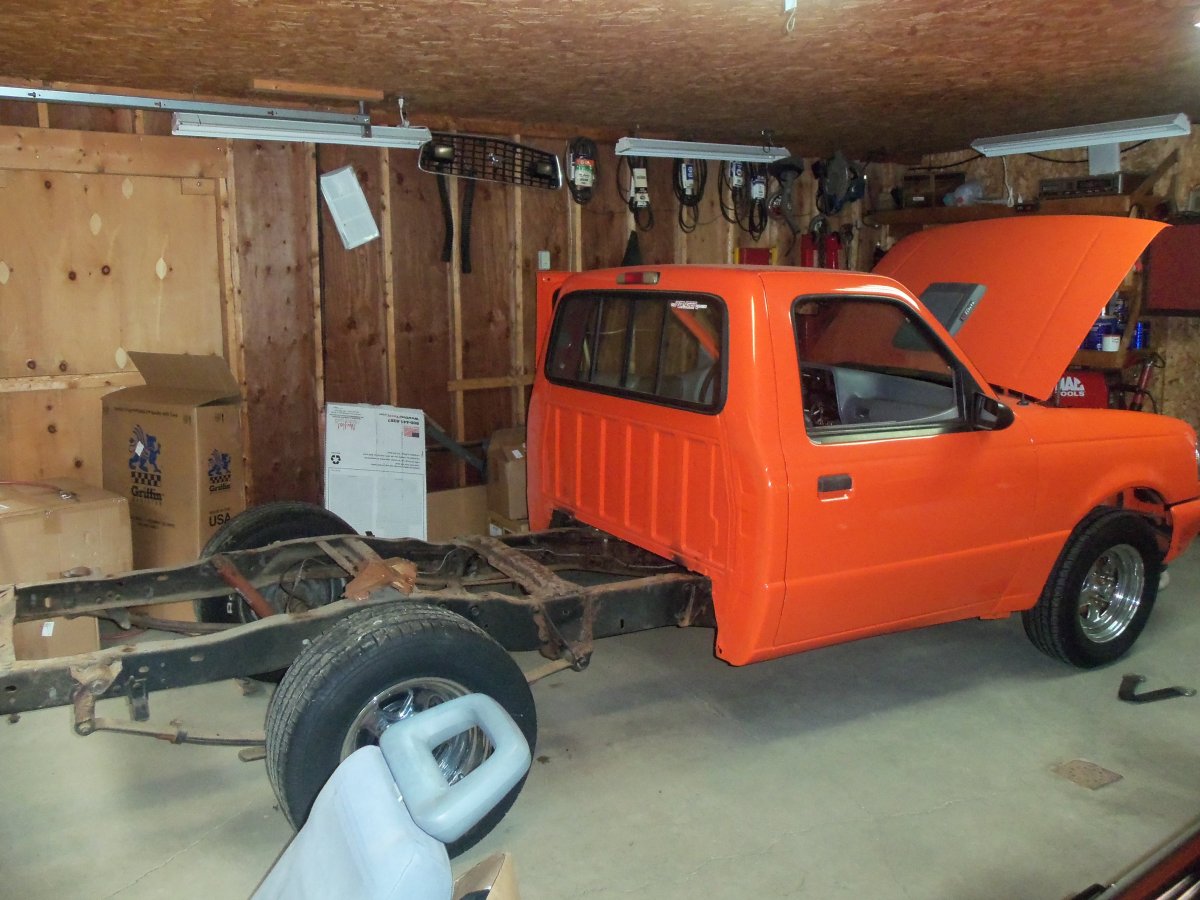 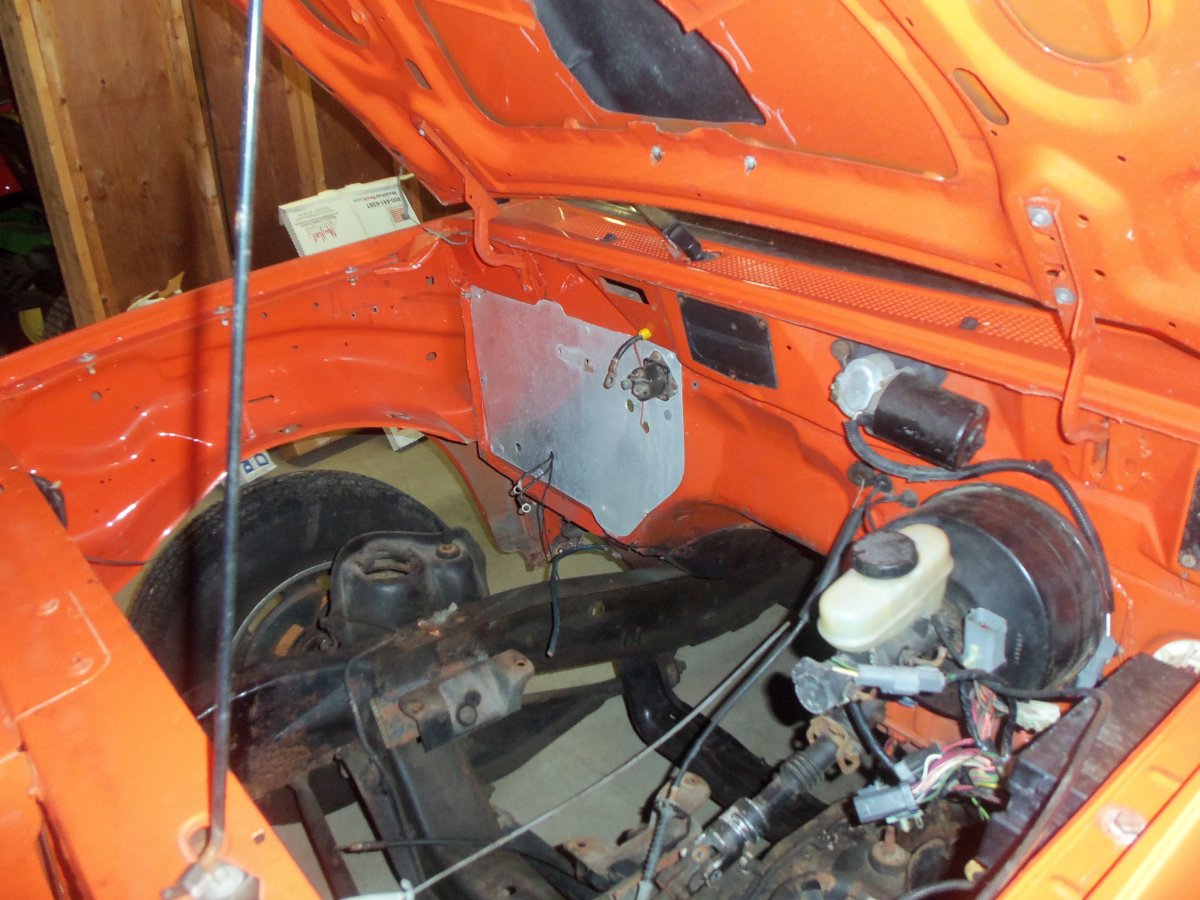 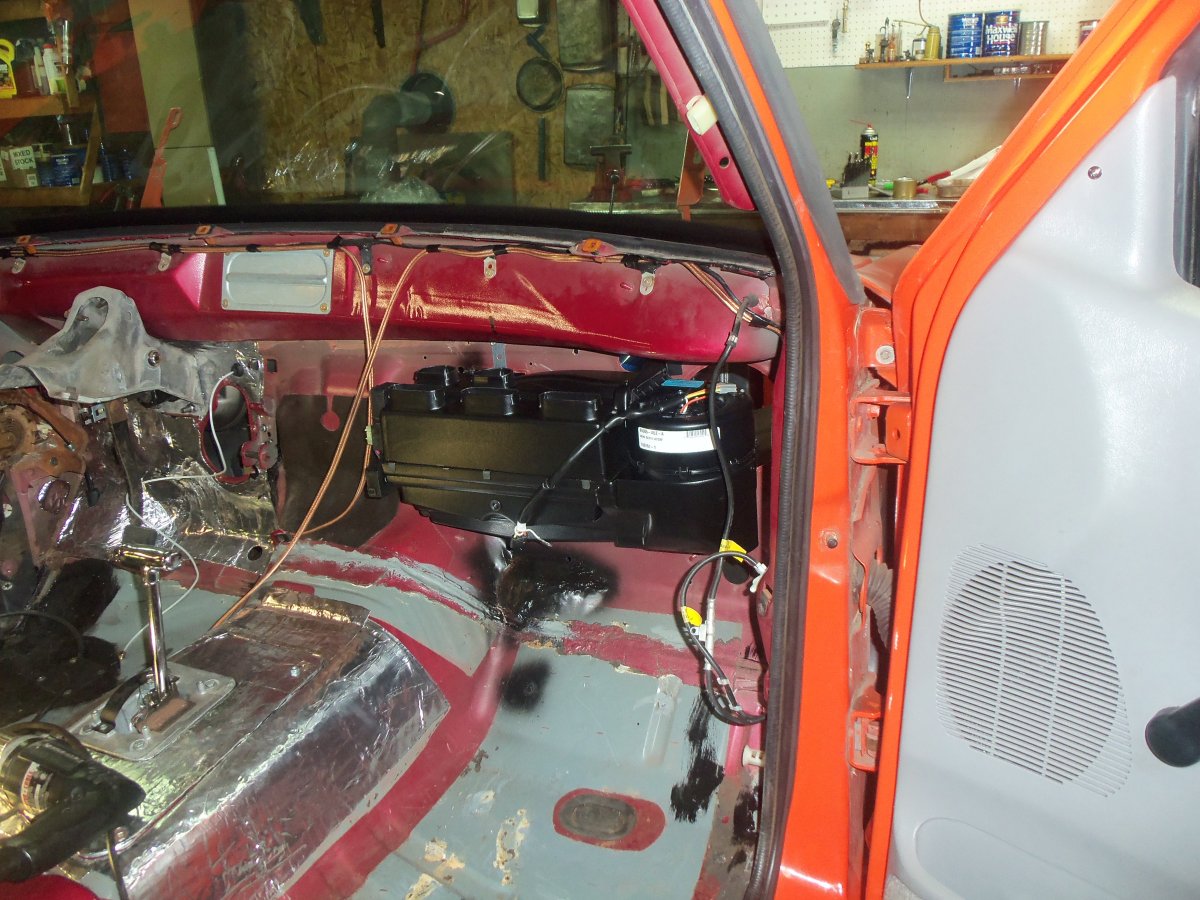 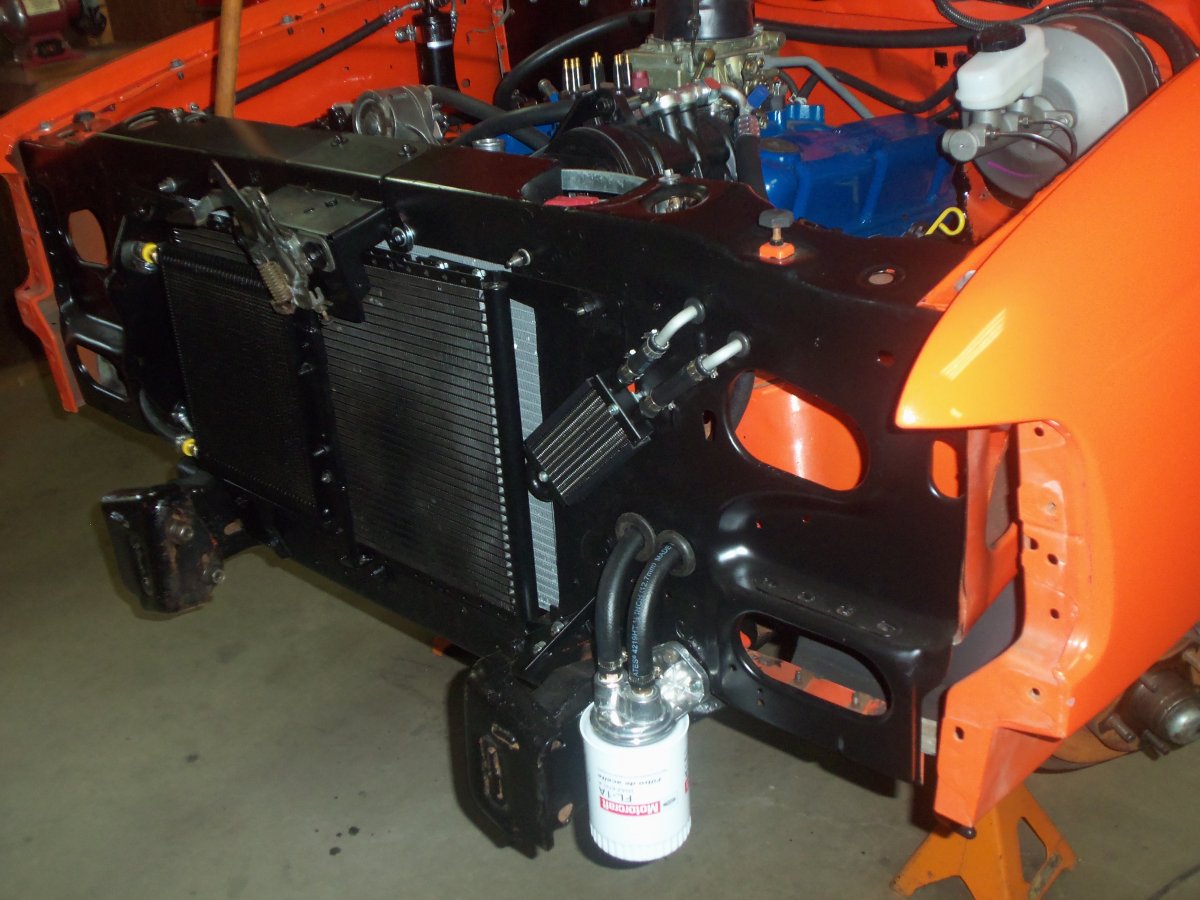 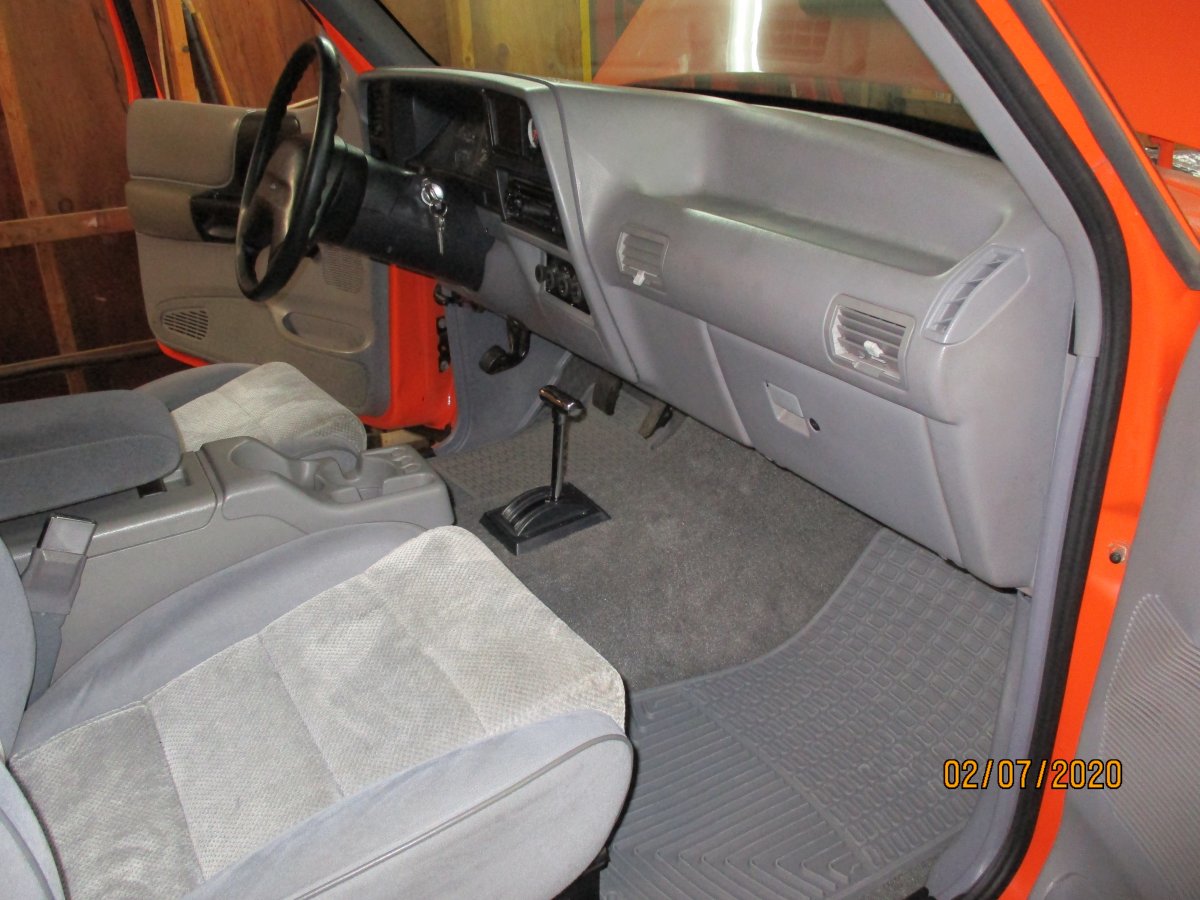 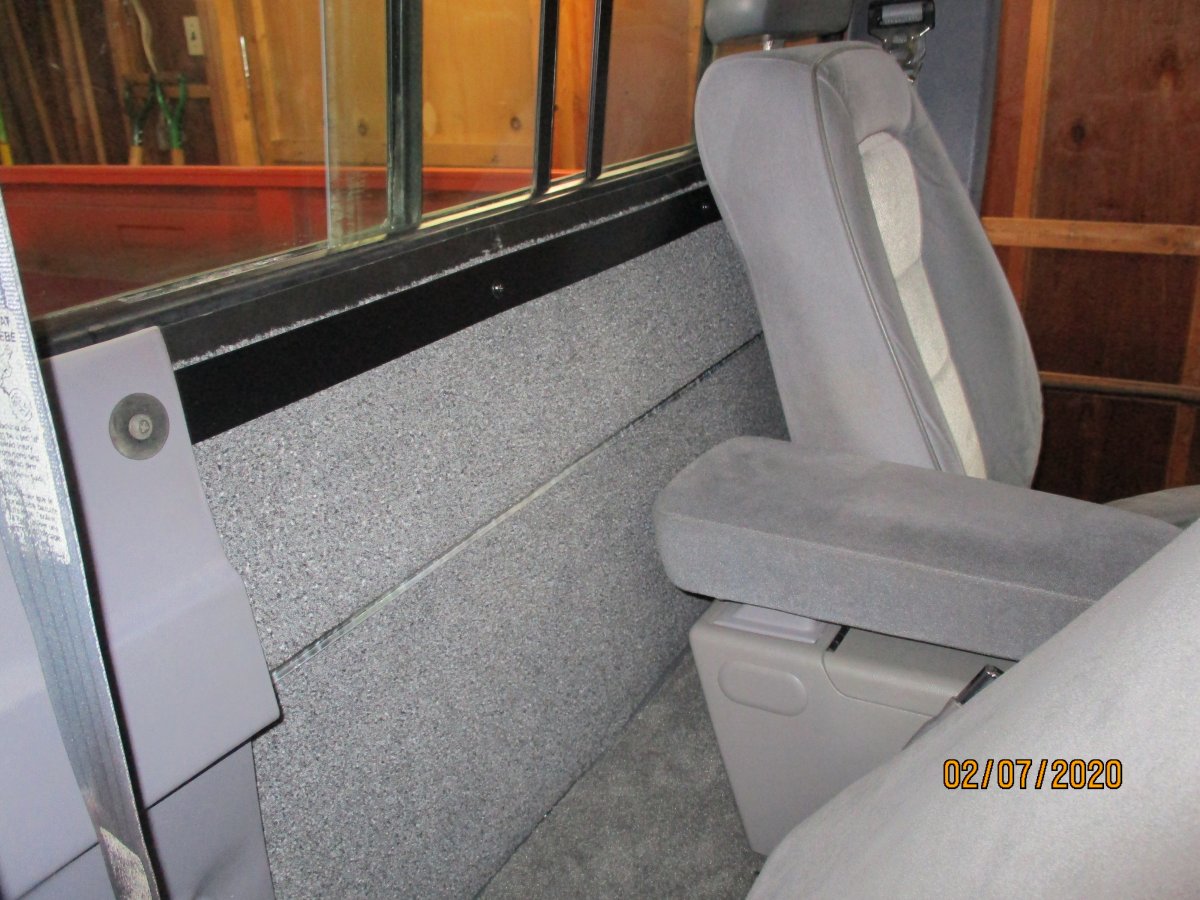 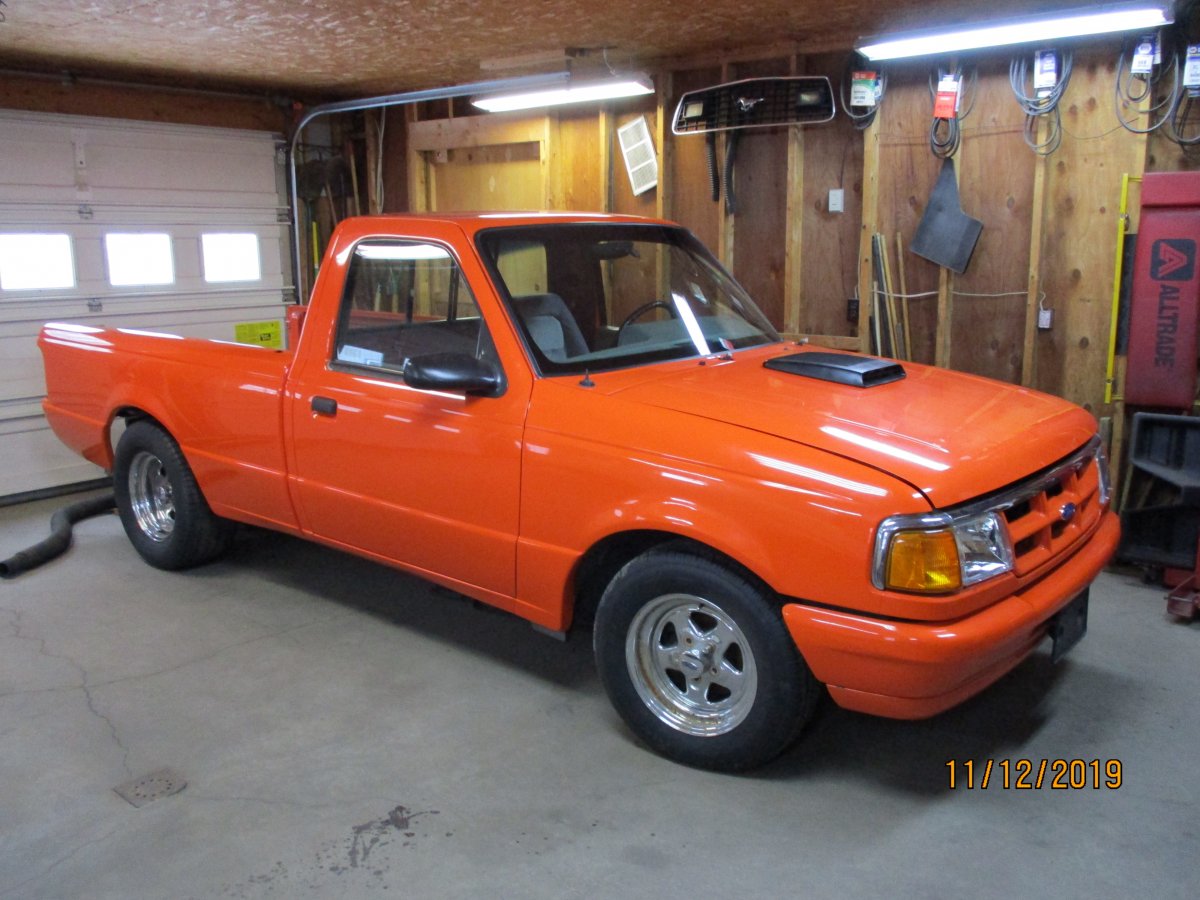 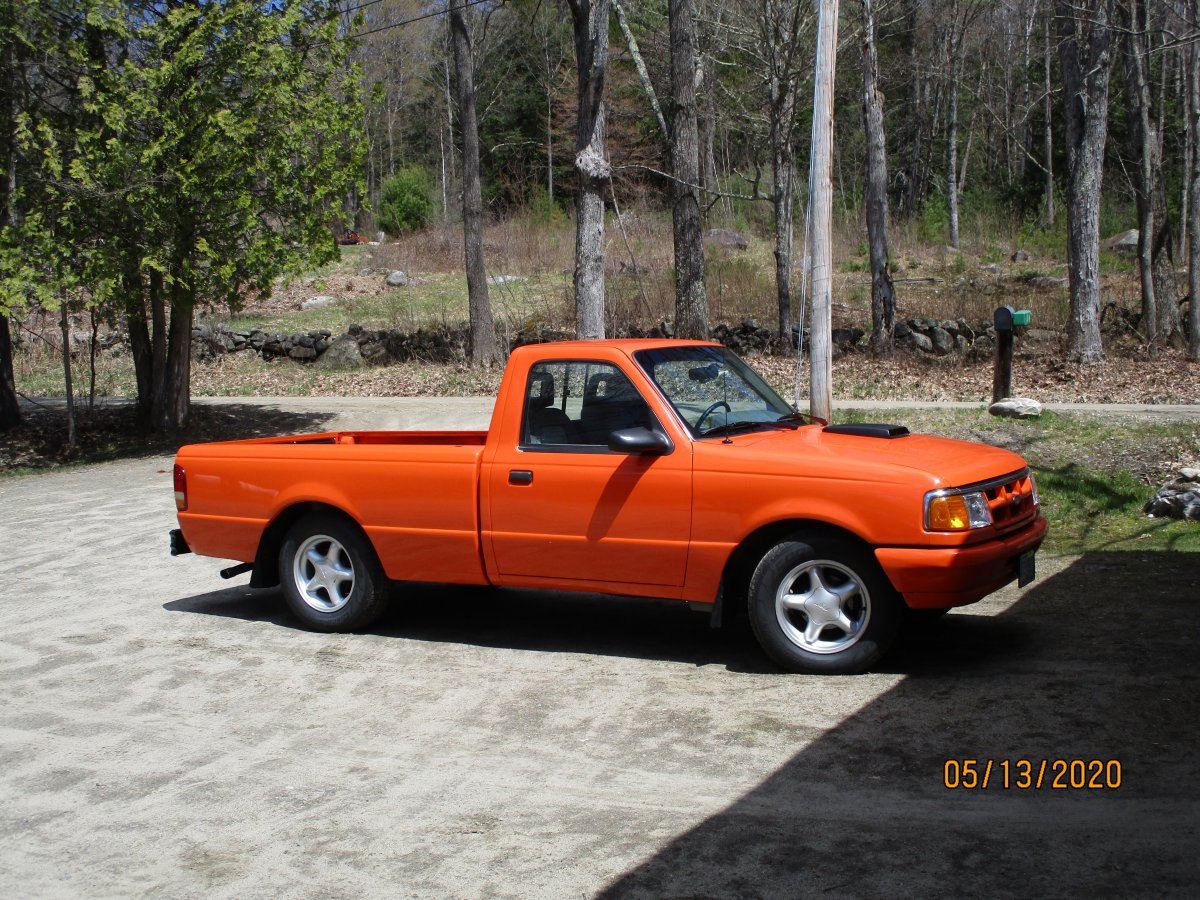 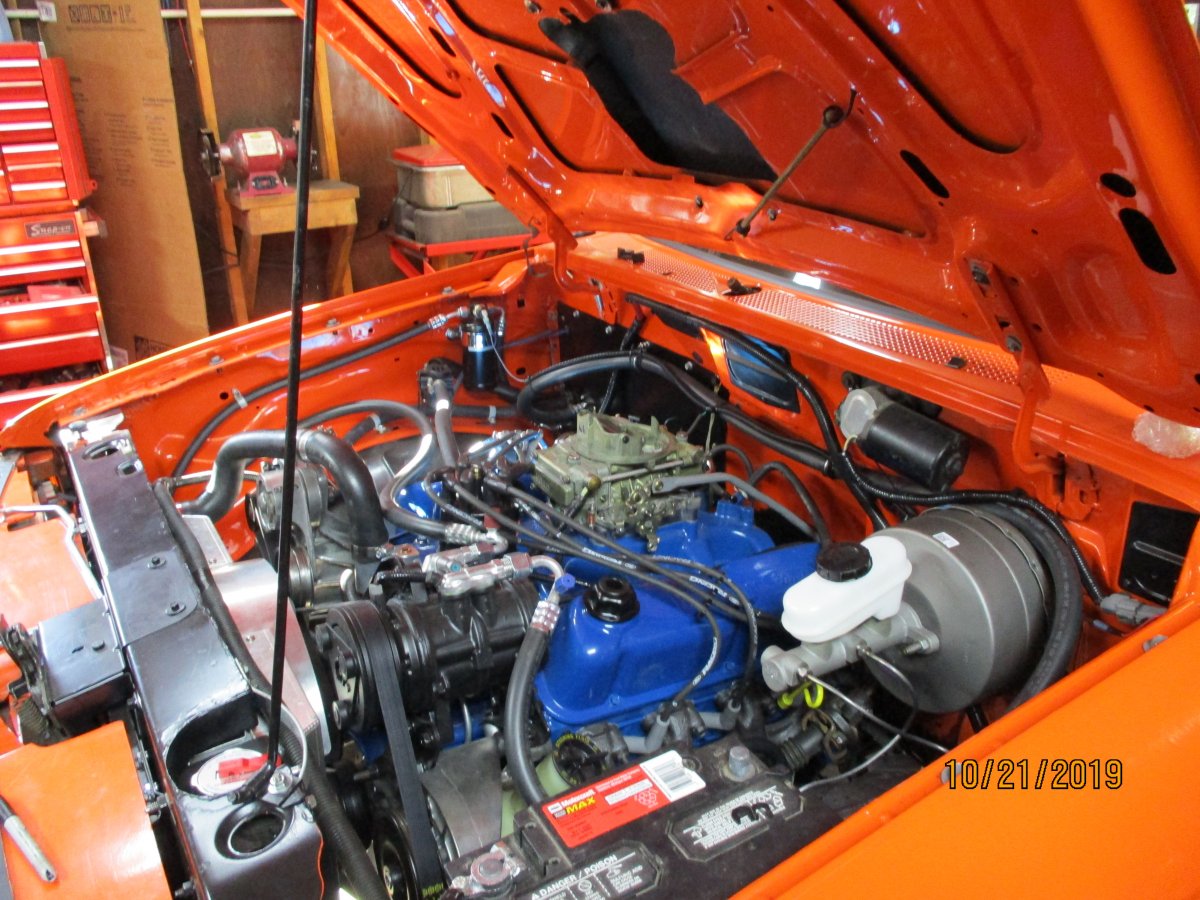 A quick paragraph doesn't begin to describe your efforts to get it there.

I like the way the vintage air system cleans up the underhood. If I ever do another swap project... that system will get a hard look. I like my A/C

The truck looks well thought out... neat and tidy. The only thing I see I didn't like was the oil lines. I did that once... then did it again.

Nice work Walt... how does she perform and handle?

Anything planned for the future with it?

That thing is art.

Also, vintage air worth it? Strongly considered it to make room for turbo stuff.

I haven't charged the a/c yet, waiting to see what else needs to be tweaked first, but the heat is way more than a regular cab needs. I wish it had an outside air intake so I could use it for ventilation but Vintage is in Texas and they don't want to pull outside air into their vehicles. The windows roll down so I'll be alright.There are other companies selling air kits but I didn't research them.This is the first time I've built a vehicle with an automatic transmission and the first time I retained the stock camshaft. I think the C4 will work OK once I get it to shift more like I want and less like Ford wanted, jury's still out on the cam,though. I didn't notice that the truck was lowered when I looked at it because it was in a car trailer and I had to do some careful measurements to figure out what size tires would clear the front fenders. Being a TIB, I knew I wanted all 4 the same size so I could rotate them, I ended up with 235/65r16's. If it was stock height I would have used 245/75x16's like my 04 came with.

I replaced the 2 and 1 rear springs with new 3 and 1's yesterday. Most expensive 1/2" of suspension height I've ever bought but they're stiffer.

Now you can do truck stuff with it...

Keeping the stock cam you avoided the possiblilty of have to mess with the valvetrain. Ford's non-adjustable valvetrain really makes things difficult sometimes.

What rearend ratio did you decide to run? I have an old 65 mustang that came with a 2.80 something rearend in it, and I ended up putting a 2.75 rearend out of a Granada in it. It will cruise nicely at 75mph on the interstate with just the c4 in it, no overdrive.

I used 3.00 gears because the C4 doesn't have overdrive and I thought the 351 would have enough grunt to get it rolling, and it does. After 30 years of modifying my Mustang, shimming pedestal rockers and measuring push rod length doesn't bother me. I suspect there's a cam change in my future, leaving well enough alone isn't something I'm good at.

Well, with that gear in there don't get too wild. Though you have a very lightweight vehicle so I guess you can go a little wilder with the cam. Another advantage of the low gear, it's easy to hold it at a stoplight with the brake. But if you get a cam that needs a much higher idle speed, that might get worse and worse.

To me it's easy to modify the engine to get more power. What's harder is the driveability and overall balance of the whole vehicle. I swapped in a stock 351c 2bbl engine and the stock c4 that came with it into a 1953 f100. The only thing done to the engine was a aftermarket 4bbl manifold and carb. I also kept the stock 3.90-1 rearend in the f100. That truck would burn the tires off, and chirp the tires when the trans when to 2nd gear. But you had to almost hold both feet on the brake pedal to hold it still at a stoplight. It needed a lower gear or a higher stall convertor, I don't know which. It got sold before I got it all worked out.

The stock 95 F150 cam was designed for speed density injection so it has a wide lobe separation angle and the intake lobe is retarded compared to most of the cams I've used. I think it would work better with a little closer lobe sep angle and 200-210 degrees of duration instead of 184/192. That's for later, though. I want a firmer 1-2 shift and a tighter convertor first. I bought a TCI convertor with a 1700 advertised stall speed because I couldn't find a stock replacement and I thought the factory stall was 1500-1600. This convertor acts like 2500-2800. If I didn't have anything to tweak I'd get bored.

Very nice work, I was imagining what it looked like while I was reading your thread. Did you paint it? A before pic would be cool lol. If it's not a daily driver I would cam that thing and maybe some aluminum heads.