It seems I have a knack for buying a used vehicle that turns into an all out obsession. My brand spankin new (to me) 1996 2wd Mazda B2300 2.3l with 8 fricken spark plugs and a manual transmission is quickly proving to be no exception. My input will likely be infrequent however unless I do something truly genius that the forum has yet to discuss. SO - in the spirit of sharing I offer this link: http://am.mazdaserviceinfo.com/emazda/dealersystem/service/esi/en_us/Static_Pages/pdf_files/9999-95-022B-96.pdf It is a PDF of the 1996 B-series Mazda Workshop Manual in full. I anticipate finding a better version at some point via a member of this forum in the archives so I won't pat myself on the back too hard yet. Now I'll ruin it entirely by asking what is surely a common question around here. Does anybody have a cross reference/writeup for compatible clusters with a tach for my year/model? I found 94 but not 1996. And can anyone explain why the F there's no tach on a manual to begin with? ho hum yeah I know some design engineer for the B-series is lurking here.. ANSWER ME!! No? awww alright. Oh! BTW my name is Dan and I was born and raised in Minnesnowta - Joined the Army and hung out for 15 years - mostly Fort Hood Texas (hence the handle TX - ARMY - SGT (Sergeant) I look forward to screwing up a 700 dollar short box single cab 2.3l BEAST with the help of my new buddies! Like what you've done with the place! BTW HOW BIG OF TIRES CAN I PUT ON MY TRUCK AND WHATS THE BEST TURBO KIT FROM CHINA? these seemed the most important to get out of the way up front!

Location
Iowa, in the boonies

My credo
When life is passing you by, downshift! 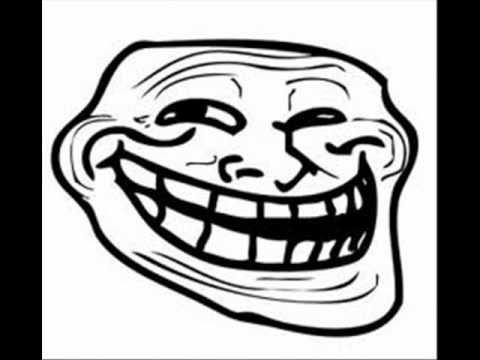 My credo
I need more sleep.

Lol well, welcome to TRS of course you drive a Fazda so most things you find should be somewhat relevant to your vehicle. But search around and if you can't find what your looking for make a post!

Tach clusters are plug and play....just plug in a tach cluster from the same generation and done.

Welcome Dan,
Swapping out your gauges is pretty easy.
Manual tenant is better yet.

Thanks fellas! Good to know about the cluster swap. Of course that being the case I'll opt for a digital setup from a t-bird or lincoln as I demand the impossible and I'm a glutton for punishment. This little truck should keep my knuckles bleeding for awhile. It looks clean and the only rust-through is right above the wheel openings, which really is not bad at all considering it's a minnesota truck from 1996. No rust at all on the door bottoms or cab corners, a couple surface spots above the windshield and a little rot on the tailgate where it meets the bumper. It's the Ford M6630A (J6) (RD) Teal Metallic typical of the 90's. The 14 inch wheels look pathetic but I'll tough it out till I get a warm fuzzy that she's mechanically sound.

The previous owner told me lots of great stuff about the truck, of which I believe only what my eyes verify (not much) I ordered up a Gates timing belt kit with new tensioner and seals and I'll be gearing up for a clutch replacement before long. The pedal is soft and the clutch releases waaay at the top of pedal travel. My foot nearly has to leave the floorboard. had a check engine light when I bought it (love having leverage to lower the asking price).

My brother has a 4x4 with the 4.0 v6 and I did a thorough tune up on his at around the same mileage. He had a cel that turned out to be the vapor canister purge solenoid. Exact same thing on mine. I disconnected it breaking the clip in the process (brittle things) shot some carb cleaner in both ports and shook it a while then dumped a crap-load of charcoal deposits out of it. checked the pins and it ohmed out at 55 (well within spec) and neither pin grounded to the case, so I rapped on it afew times with a hard mallet and shook it. worked like a charm you could feel the plunger move (similar to how a pcv valve does if you shake it) put it back in and cleared the code and all is well. saved about 40 bucks which is ridiculous for a simple solenoid valve.

I just completed a timing belt kit on my girlfriends subaru impreza. replaced pretty much everything under the timing covers except the actual gears. serviced the oil pump which is mounted over the crank. I was doing the seal anyhow so it seemed prudent to inspect it and easier to mount the new seal on the bench. there are several #3 phillips screws on a disk on the backside and they were all SUPER loose so I was very glad I had decided to look. before long the disk backs off and you lose oil pressure and thats all she wrote. applied thread locker and torqued the screws down. good to go!

I have done my due diligince scouring the forums and the web-at-large and I feel confident going forward I can tackle the timing belt on this 2.3. I am, however, respectful of the fact that I have not done so on this engine before and realize there can be challenges unique to one machine from another. That said if you guys have any "if I had to do it again, i'd have done it this way" pointers I cheerfully accept. **would it be wise to replace the HLA's while I have the timing apart? or do these hold up pretty well on this engine?**
and if you know a good plan of attack to abate rust and do a quality spot repair without welding I would love to pick your brain. The original paint is in decent shape overall and it would be great to shore it up and spot paint it before it gets so bad the whole thing needs re-doing.