Why were Manual Locking Hubs ever put on a Vehicle? Why are they still installed on the real work trucks like F-350's and up?

"Flexibility".
Who does not like having options? (I wished I knew how to show you's a video I have on my phone of what I have described below)
I needed to push a heavy trailer load of sheetrock up a very steep concrete driveway starting at a right angle from the street below. I had to walk this up slowly to control the trailer. Low Range with the hubs unlocked gave me the ability to walk it up slowly without binding up the drive train.
I also have an awkward concreate driveway that I need to back my trailer into quite often, and using Low Range is just nice.

And thanks for admitting the gas saving feature of not turning drive train parts unnecessarily. And I do feel things that are turning, are wearing.
Yes the front drive mechanisms are Sadly tiny and whimpy, not being the drag they used to be, but they still don't need to be turning all the time.

"Ignorance".
Somewhere in the 70's, Fathers did not seem to pass on the knowledge of what is going on below the floorboards. I lived in San Diego in this era. People were all the time getting stuck out on the beaches with their Land Cruiser, Blazer, etc. Hardly any driver knew to turn in the hubs. First they became an option for the 2% that knew what they did, then slowly they just got dropped as options, long before the drivelines became "light duty".

In conclusion, I am very thankful that Ford resisted the anemic logic for dropping the hub option for so long, that I have the option to install my beloved hubs on my '03.


Full time 4wd, you know....trucks that came with drive slugs....would ghost all of the front end parts in 50k....which can be less then a year for me. But back then was 10 years for an average work/plow truck.....the 203 t case had a fix because of the wear that involved locking it up and using a viscous coupler.....which is a some Rube Goldberg shit.... But it was awesome for the time.


That's the way it was for floating stub shaft trucks then...and still is for a part time t case vehicle....though they do last much longer on non floating shafts for obvious reasons.

With most modern f250 f350....you have to manually bypass the lockouts for 2wd low....the hubs are auto until it fails...then manual

I will be sleeping next to this for a few weeks... 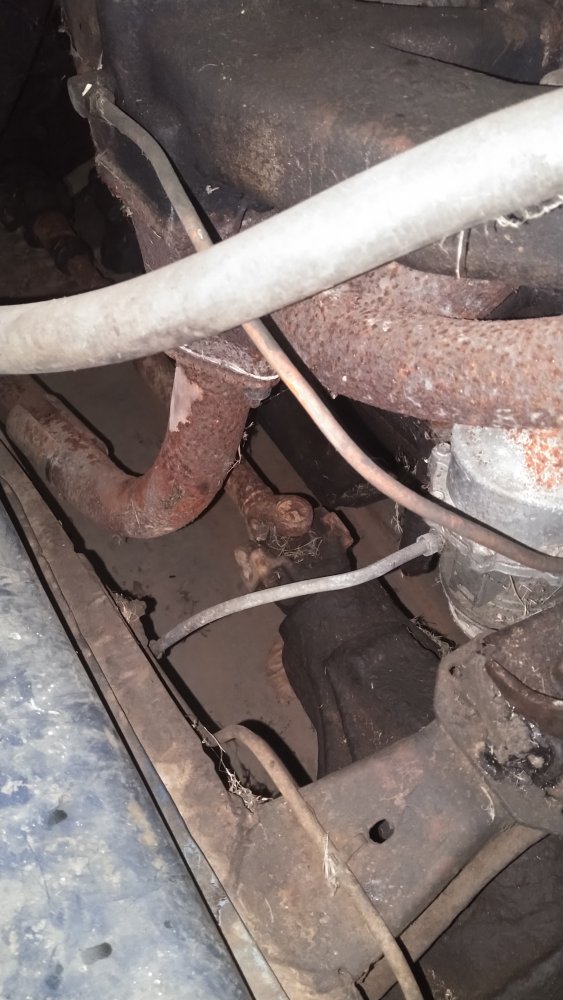 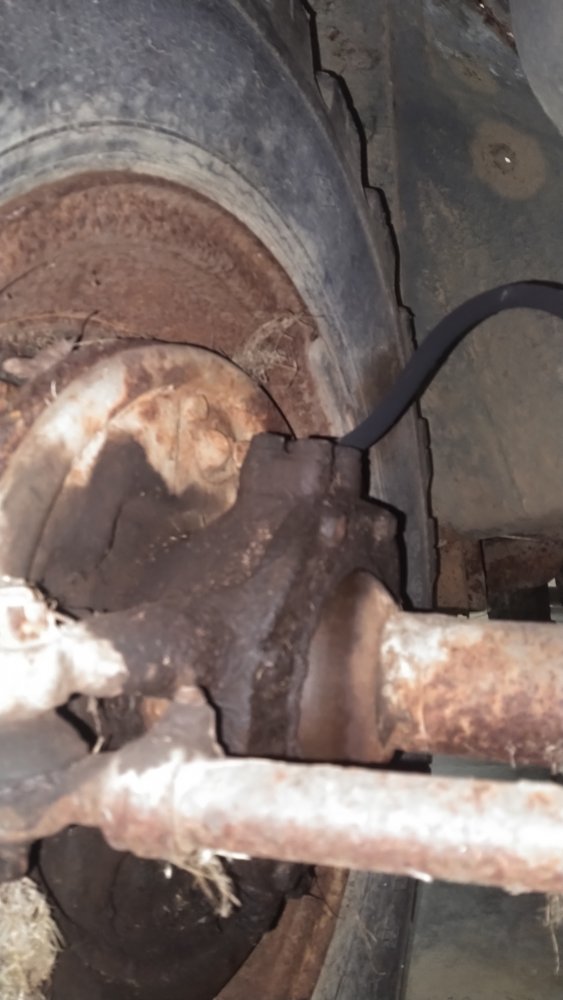 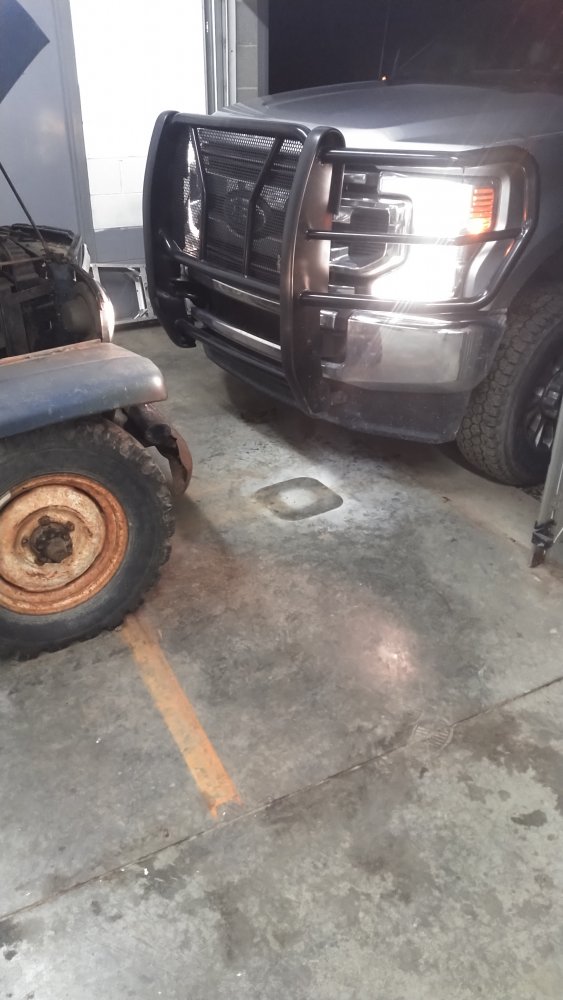 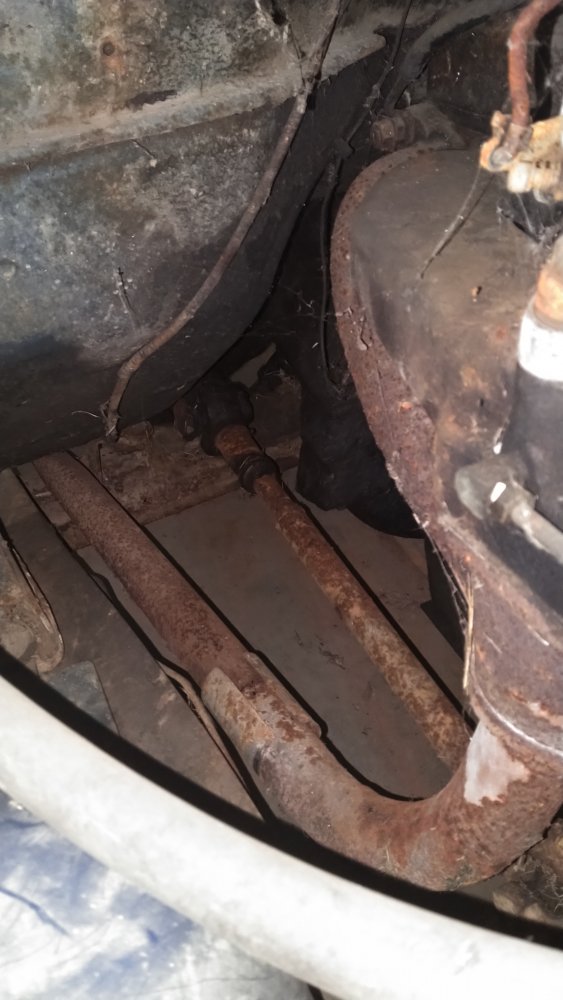 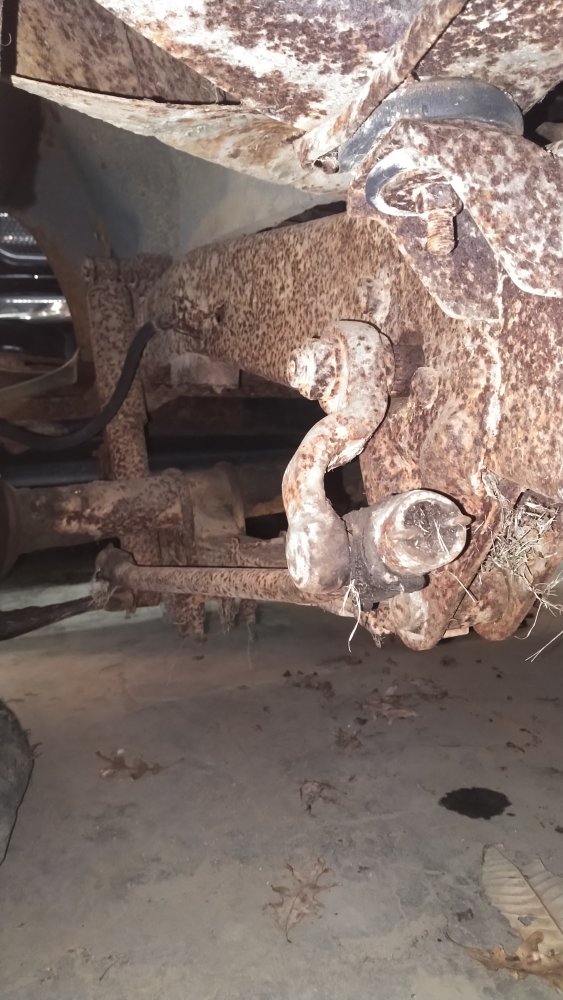 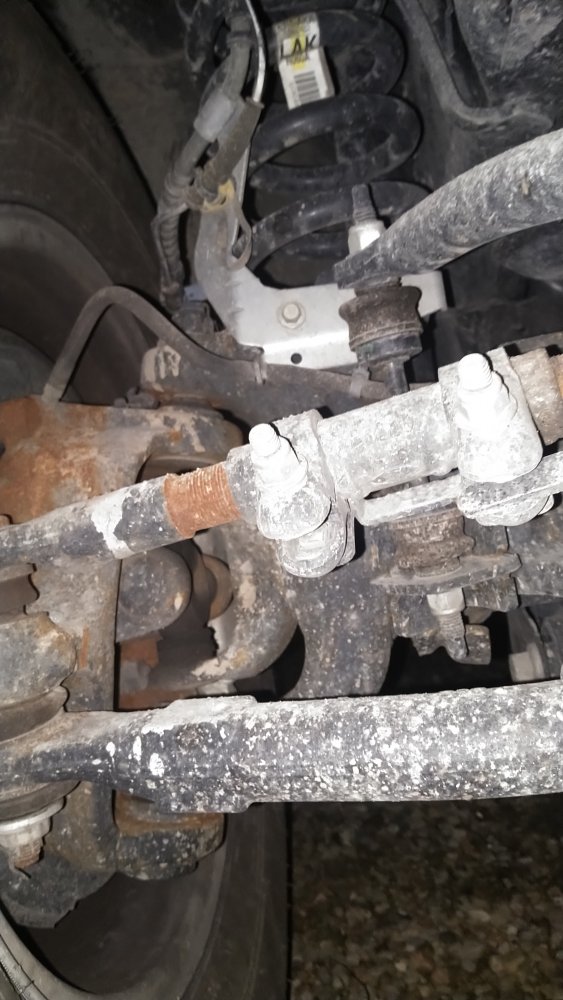 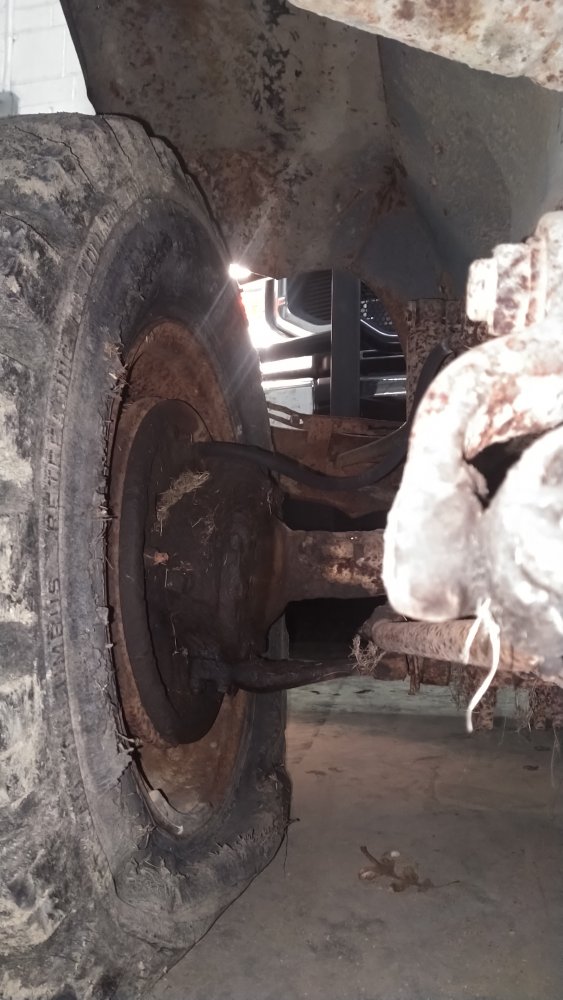 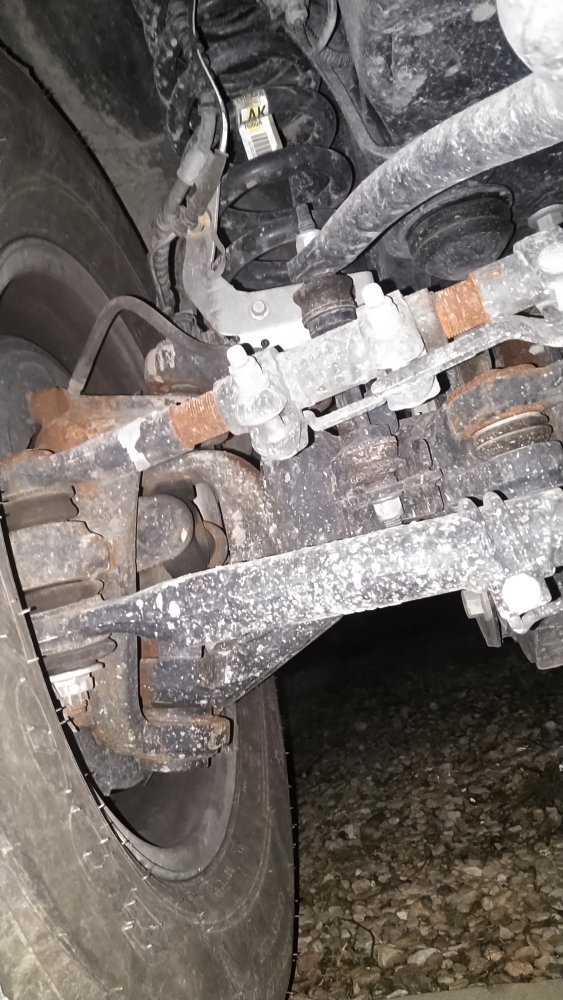 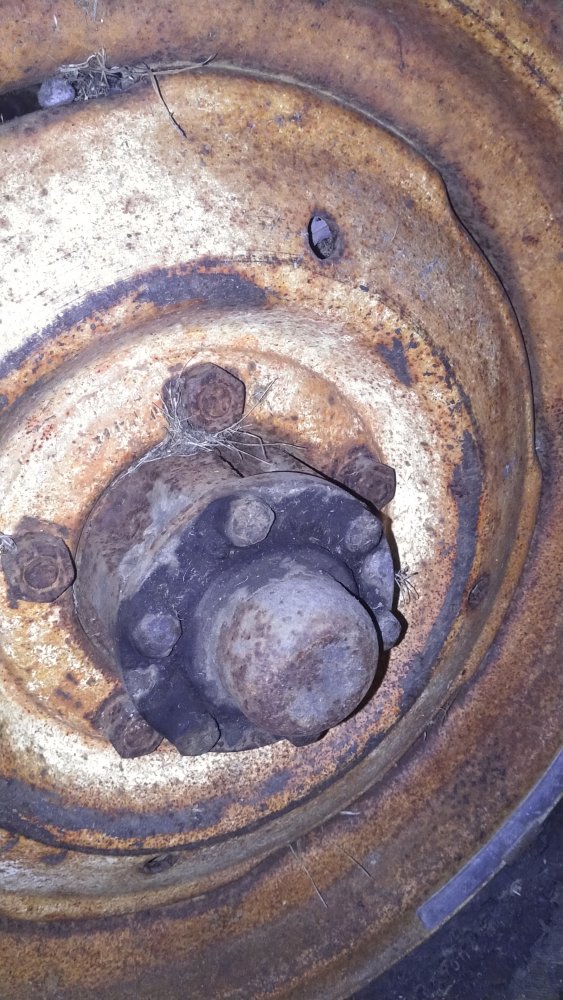 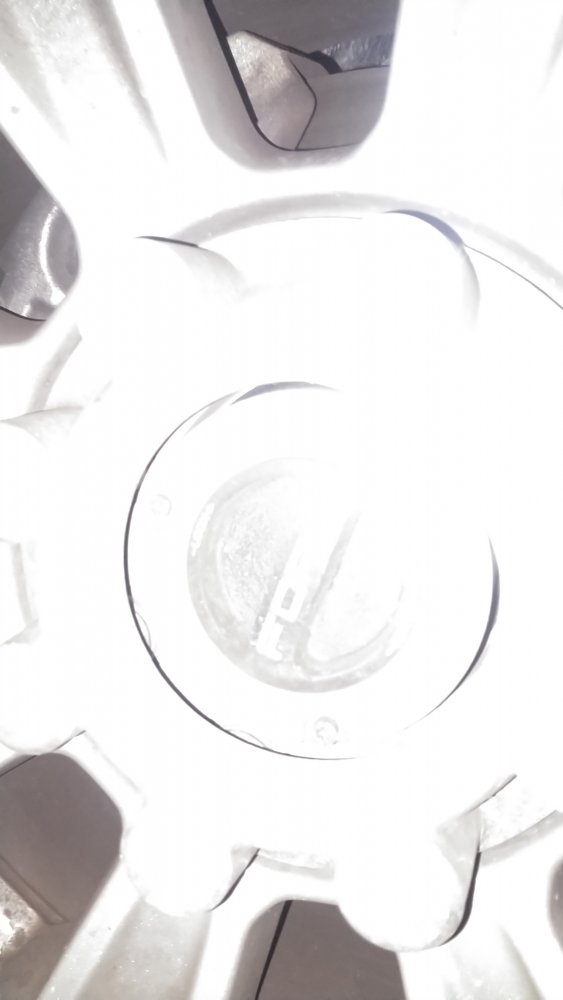 bobbywalter said:
I will be sleeping next to this for a few weeks...

Looks like someone replaced the front springs before they parked it in a swamp.

This might have been mentioned I just skim read everything, but one advantage when it comes to making every once of power a turbo is mostly always favored over the supercharger. The reason being is the supercharge has a parasitic loss because the supercharger needs the engine to mechanically drive it vs a turbo in which the exhaust drives it.


Supercharger technology is ridiculously efficient these days compared to the 80s.

But compounds are still way out front.

When I had the '51, I also had a 65 Chevy station wagon donor car. I pulled the recirculating ball steering box from the Chevy and replaced the “pin and worm” unit in the jeep. The 235 from the Chevy went into the jeep. I also had a 1960 FC-170. I moved the axles and trans/transfer case from the FC over to the 51. That gave it a very aggressive stance for the day. For the shifter I found a Hurst three speed in the wreaking yard.
I think it was a 1951? That was a long time ago.
I really wished I still had that truck!
You must log in or register to reply here.
Share:
Facebook Twitter Reddit Pinterest Tumblr WhatsApp Email Link