Ok fellas, so i unsuccesfully installed my 3G alternator as it is not charging. Then i believe i found out why. I think i spliced into the wrong wires as i found the old alternator harness off of the 88 in the bed (302 conversion and engine bay was stripped)....
I have the green/red wire on the new "painless" harness spliced to a green/red wire and the yellow wire on the new harness spliced to a black and yellow wire...this is the connector located right above the splices and i dont know where it goes or what it is... 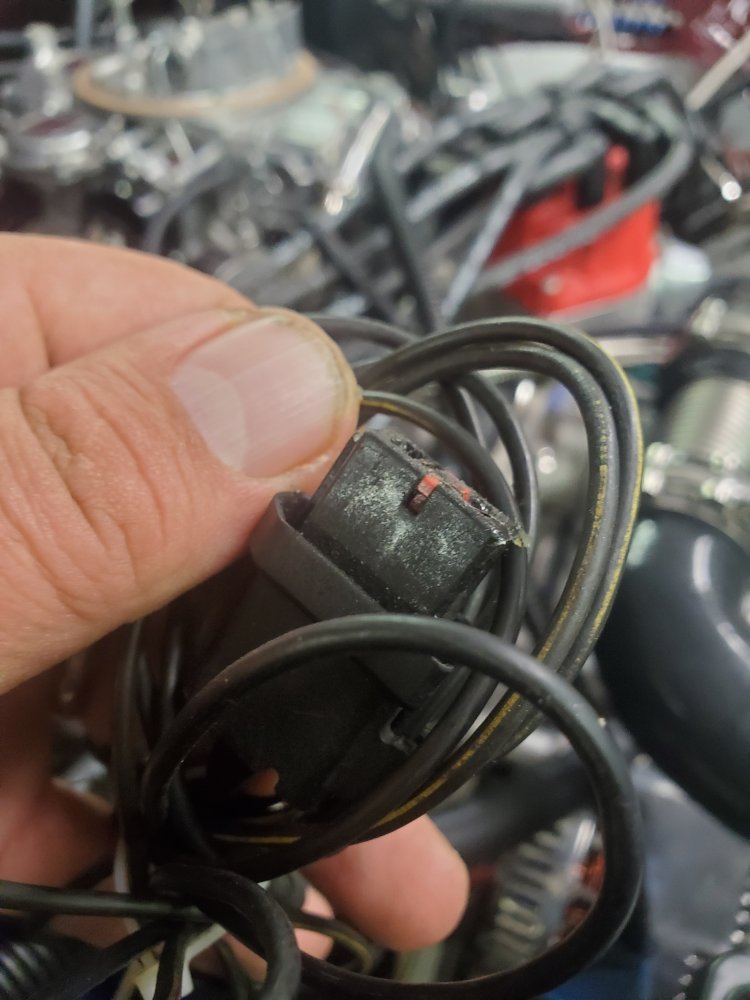 This is the harness i found in the bed: where do the spade connectors attach to? Isnt this what i should be splicing into? Thoroughly confused. Id appreciate some help!!! 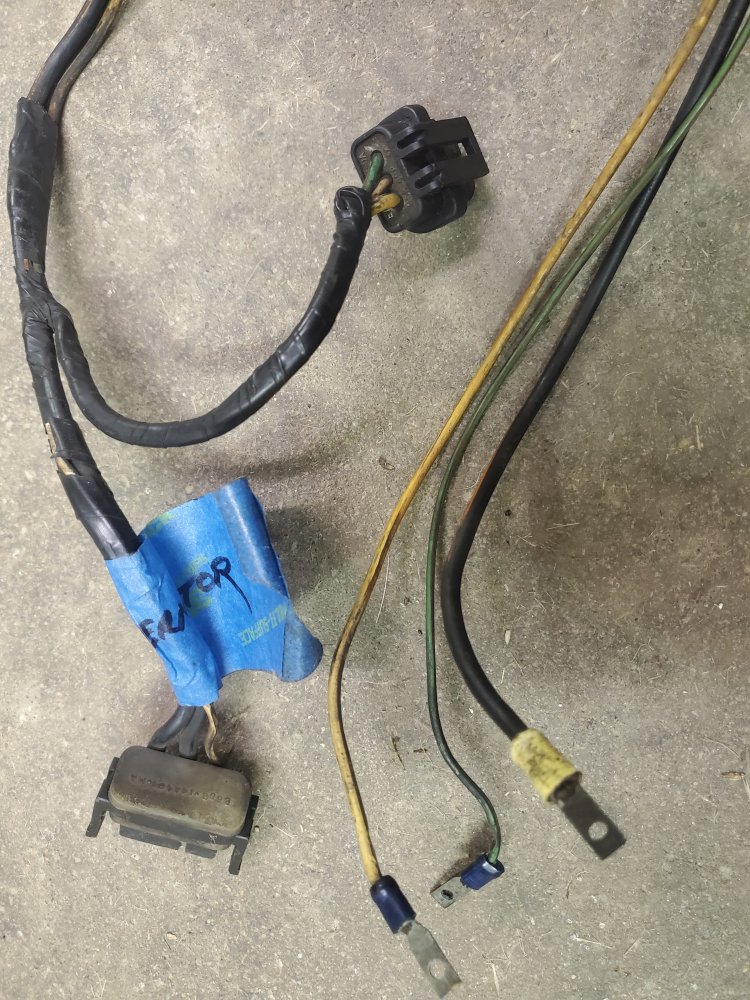 Here is the new alternator...white stator wire plugs back into the alternator from the harness.... 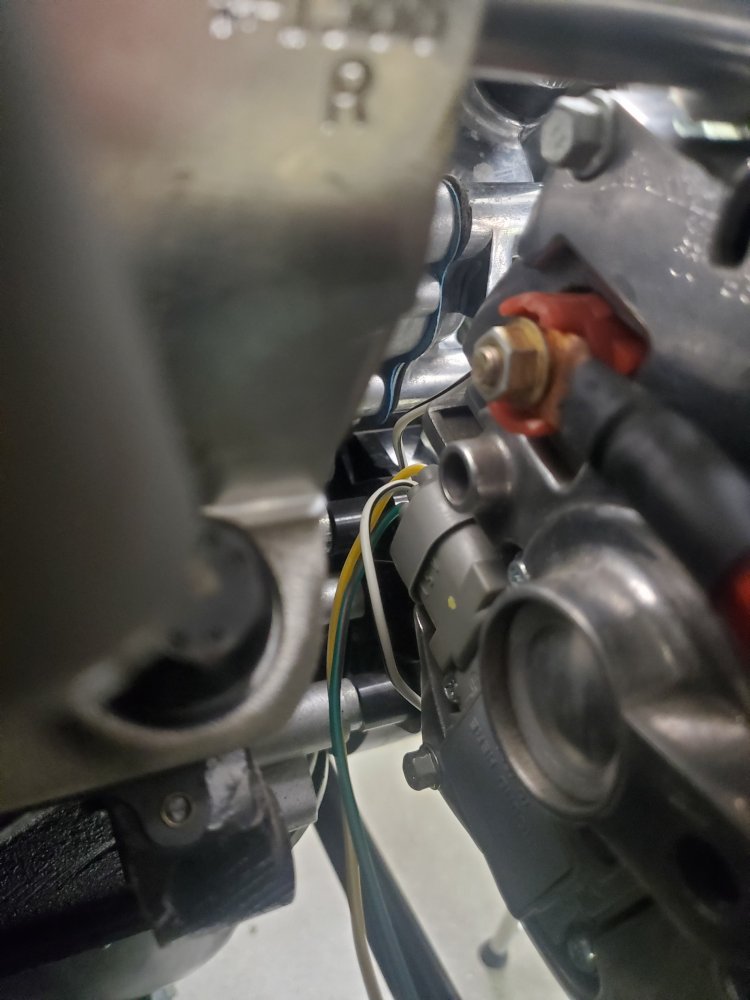 Here is another picture of what i spliced into... 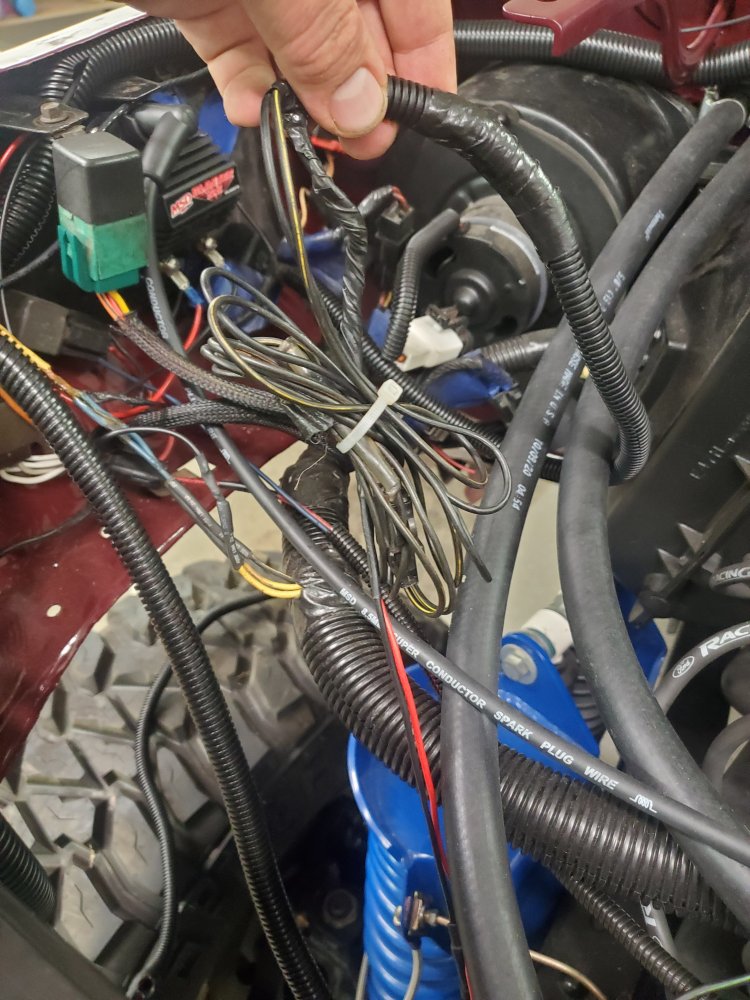 No one has any idea where these spade connectors attach to? Idk what to do, im at a standstill..... 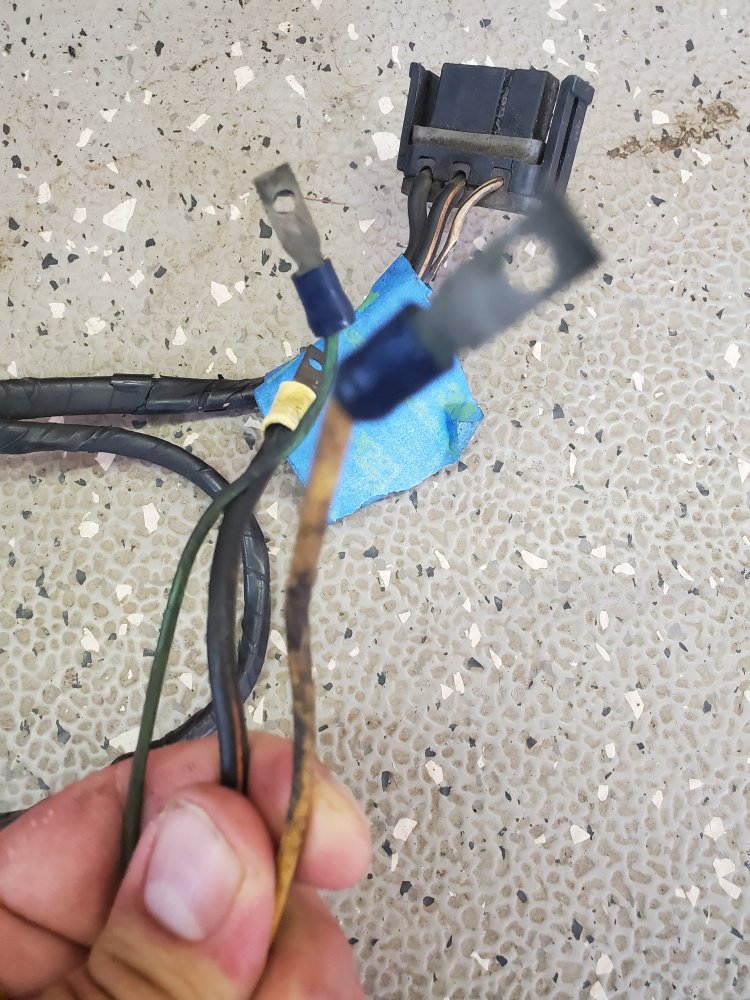 Ok, so just checked my 1988 Ford shop manual and Ford Electrical and Vacuum Troubleshooting Manual and neither is of any help. Would anyone be willing to just look where the alternator harness goes to from the alternator and take a pic? Many thanks in advance!!!

Looks like you've got some pretty deep modifications done to your wiring (Ford never used spade connectors here, for example)...


If it helps at all, years ago I swapped out the 2G unit for a 3G on my '90. Going by recollection, the two larger output wires from the 2G output plug (the plug shown in your last pic) I simply connected them together to an eyelet to attach to the output lug of the 3G alt... The white w/black wire I cut from that same plug, I then put a terminal on it and plugged it to the single-pin terminal on the side of the 3G alt (looks like maybe you have this the same way on yours).


According to my '90 schematics (your '88 should be similar but I cannot swear to it, maybe someone else can confirm):

The lt. green w/red wire to the regulator is from the ignition (switched B+ source). The yellow w/white wire is the voltage sense lead (from battery). The white w/black wire is the stator lead (goes from the regulator plug to the single-pin terminal on alt).
My schematic also shows the two alternator main output leads: one (orange w/lt.blue) goes to fuse #7 under the hood, the other (black w/orange) goes to fuse #3 under hood (both 60A) (these two leads run in parallel with each other and connect directly to the battery via the underhood fuse box).


Hoping maybe that helps since no one else has replied here yet.

4x4 thanks a ton for your response! I will look into this as soon as i get home and let you know. Yeah, i cant believe there are spade connectors that attached to WHAT....there are no underhood fuses by the way...all i have is the little fuse panel under the steering wheel heh

2G and 3G are basically the same just different plugs

There is a B+ wire that runs to battery positive but should have a fusible link on it, or two, like an inline fuse but "slow blow" that would be at the battery end of the wiring

The Yellow wire is for voltage regulator inside alternator(3 wire plug), it is also run directly to battery positive and has a fusible link

So both these wires should show Battery Voltage key off, because that are hooked directly to battery

The Green wire is the ON/OFF switch for alternator, without this the alternator would drain the battery dead when key is off
Green wire is also the Battery Light wire if you have one

Pretty much all wiring is exactly the same, even same colors, lol