Will update a more complete version of intro. But for now:


I promised myself I wouldn't do a build thread for the 2011 I just picked up.


So. KaP was not going through another winter. Had two failed attempts with a winter vehicle, a 2000 Accord (borderline unreliable) and a 2011 F350 6.2 (unreliable, undrivable, and single digit fuel economy with a 80 mile commute 7 days a week). Work needs are changing, and i needed something in good cosmetic shape as im visiting client offices now.

My 88 Ranger is my favorite vehicle ive ever owned. So. Back to basics. Get a ranger, dummy. Its everyrhing youre familiar with, you love the platform, and you know them better than any other vehicle nowadays.

It was a close call, though. Ranger won out in the end against an awd mini Cooper clubman JCW.

Went through hell finding what I wanted, but settled on a truck I passed over at first. Picked up a 2011 XLT 4.0 SOHC 4WD. Black, CLEAN little truck. Lots I love, a few things that are just awful.

Since this is a work vehicle, but has to stay nice, im keeping things to a minimum. Modifications are going to stricly stay towards a nicely apportioned 4wd street truck, and a very mild build overall. Something.that's not flashy or Technicolor paint and rust. So, the name "Busniess Casual" seemed appropriate.


Open to suggestions, but to me, that seems like a button down and Duluth khakais kind of truck. 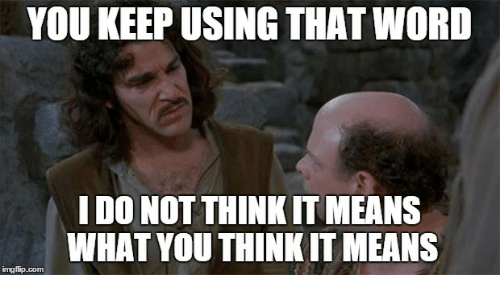 I actually cracked up over this. Good one

I consider it "minimum" due to no fabrication work needed

Save for the raw cast plenum they sent. A machine shop offered to "finish" it for $600

"Finishing" work in this case is drilling 10 holes and sanding the flanges flat.

The banshee kits are on clearance on eBay. Get you one!
Last edited: Feb 7, 2020

It's hard to keep from messing with these trucks, especially when you find a clean/pristine rig. When I got my low mileage 2009 I vowed to keep it stock, but that vow only lasted a few weeks.
Can't believe it's been almost a year, and I look at the receipts I have accumulated and just am amazed at what one can spend on a "few mods".
Enjoy your new truck, and the "minimum" things your going to do to it.
If your interested in paperwork, and your 2011 didn't come with the window sticker, go to Monroney Lables. You enter your trucks info and vin, and they provide the original window sticker
in a printable form. Cost is around 8 bucks. Did mine and the OE sticker shows all the info, stock and options it came with, even incentives at the time.

Why spend the money on a hurst when you can make your own shifter lever with a white or black knob.

Ramcharger90 said:
Why spend the money on a hurst when you can make your own shifter lever with a white or black knob.

Where did you get that?

Also, what is the doom buggy on the left?

Ramcharger90 said:
Why spend the money on a hurst when you can make your own shifter lever with a white or black knob.

But it doesn't have "Hurst" on it. That alone is worth at least 10 hp.

PetroleumJunkie412 said:
Where did you get that?

Also, what is the doom buggy on the left?
Click to expand...

Core shifters also makes M5OD shifters with Hurst levers, not sure how they compare pricewise with a regular Hurst though.

85_Ranger4x4 said:
Core shifters also makes M5OD shifters with Hurst levers, not sure how they compare pricewise with a regular Hurst though.
Click to expand...

About $100 cheaper. No.idea what the difference between the two are, though.

PetroleumJunkie412 said:
Where did you get that?

Also, what is the doom buggy on the left?
Click to expand...

I made that. It was a bolt and a piece of flat stock from tractor supply.

Thats a 2.3L mustang dirt track car raced at Linda's speedway. I forget what class it is though.

I can't judge since I can't leave mine stock either. So many plans, so little money...

Re-worked a junkyard shifter into this. Good enough until I get a Hurst. Was getting tired of leaning over the steering wheel to grab third and fifth. 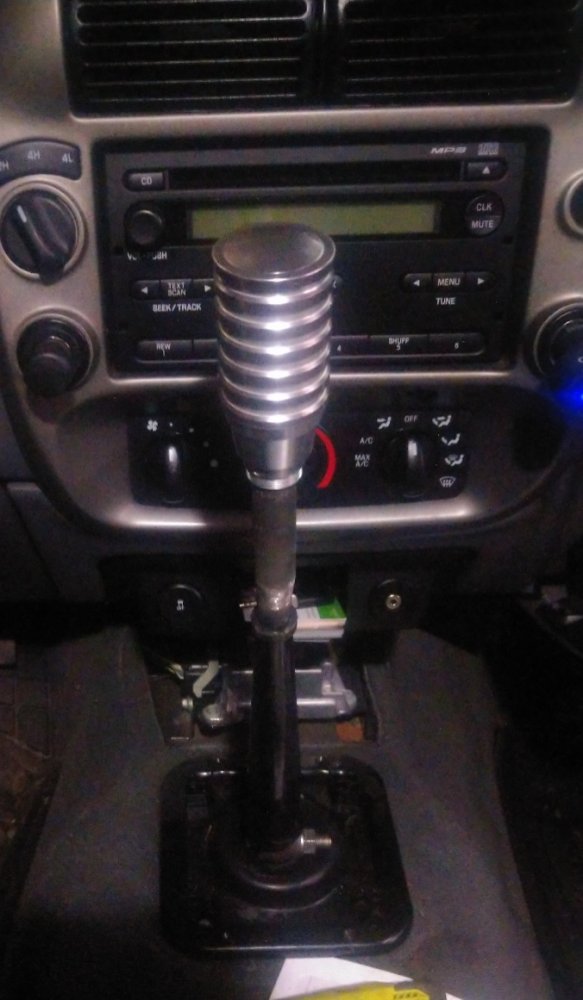 I built my stick out of Ranger and Dakota parts. Ranger base bolts to the factory stub and the stick itself is from a Dakota. Knob threads onto a 3/8-16 set screw. Best pic I have at the moment. 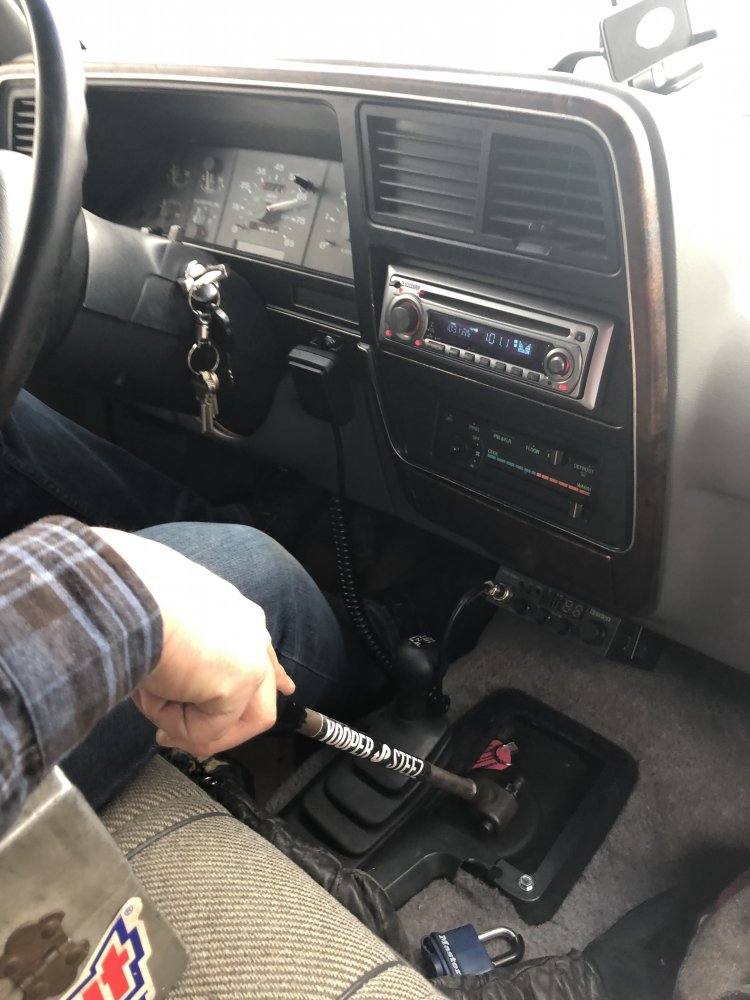 Made with Yooper Steel from the mines of Iron Mountain.