Just snagged a 1994 F150 with a 5.0 as you might've guess't. I found a connector that don't connect to anything, but can see inside where the wire used to be.

Anyway, does anyone know what it's for?

I tried attaching a picture.

I saw it in a google pic that had two wires going in, and one coming out, connected to the bracket that the ignition condensor(capacitor?)

And just like that I realized the condensor(capacitor?) Doesn't have any wires connecting to it....

Are there in fact suppose to be two wires comming out of the plug, or just the one on each side.

PSS. I am so glad theres a full size truck section on here.... I haven't seen any activity on an f150 site in like 5 years 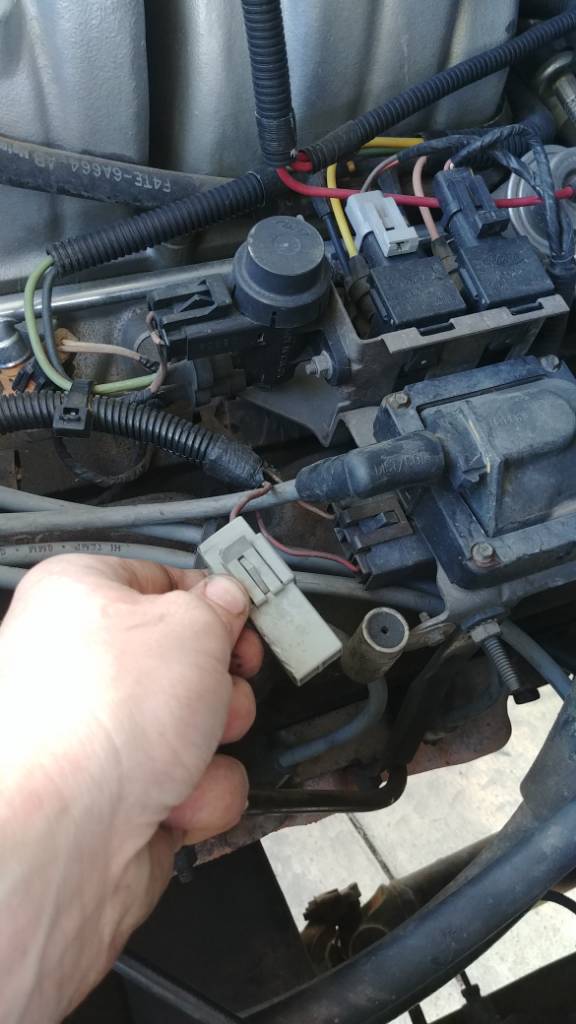 Looks like you need a new condenser with wire lead, old one's wire is pulled out
Then you splice the ONE wire that connects to the trucks connector's wire.


BUT...............this is just to prevent radio interference so up to you if you want to spend the money on it.
And you could just cut the trucks connector off and splice the new condenser wire directly to it or make up a single wire connector with parts on hand

AM radio
Doesn't effect FM in most cases

Dang, haha. Looks like I gotta bum radio to diagnose still.... Some after market deal the PO put in. Hopefully it's just a poor antenna connection

I'm hoping it helps the radio, I just saw it doesn't have AM frequencies. Some new fangled deal.... Doesn't even have a CD player anymore.

Finally got around to it....

Went from inly getting 1 station to half a dozen or so that didn't work before. I'll take it!


It also matters on how you hold your tongue when doing precision work like radio stuff, its important


It also matters on how you hold your tongue when doing precision work like radio stuff, its important
Click to expand...

Haha yep, never under estimate the importance of the tongue angle haha