I am trying to remove my power steering pump. So far the lower bolt stud combo that holds the bracket yo the block was rusted round so I had to cut it off. Not much room. Also tried to remove the pump from the bracket while still installed. Two lower bolt heads snapped off. I think I have all of the bolts out for the bracket but it still won’t budge. Does the idler bolt which requires an Allen wrench help to hold the bracket on?
Thanks,

Looks like they want you to remove the pulley on the vehicle before removing the pump. That takes a special tool. You can rent one at the parts store or buy one from Harbor Freight. I will attach a picture of the mounting system.

I have the “special tool” and I removed the pulley. That is how I accessed the three mounting bolts which allowed me to twist two of the heads off. The under head portion of the bolt appears to be corroded fast. So I decided to remove the bracket so I can dislodge them pump. Due to the two corroded bolts, the pump won’t release from the bracket. So I removed the long bolt on the right side of the bracket that is perpendicular to the front of the engine. I removed two bolts on the side, one which was the stud/bolt combo that also mounted the fuel lines bracket. All that and the bracket won’t budge either. Hence my question, does the bolt in the center of the idler that runs thru the right side of the pump bracket help fasten it.

Those generic notes in the instructions that say “remove bolts” are useless. A little more detail would ad value to the price of the manual.
Thanks, Doug

Fairlaniac said:
Hence my question, does the bolt in the center of the idler that runs thru the right side of the pump bracket help fasten it.
Click to expand...

If I am interpreting the diagram I attached correctly, that would be a yes?

In pictures, this is my situation. 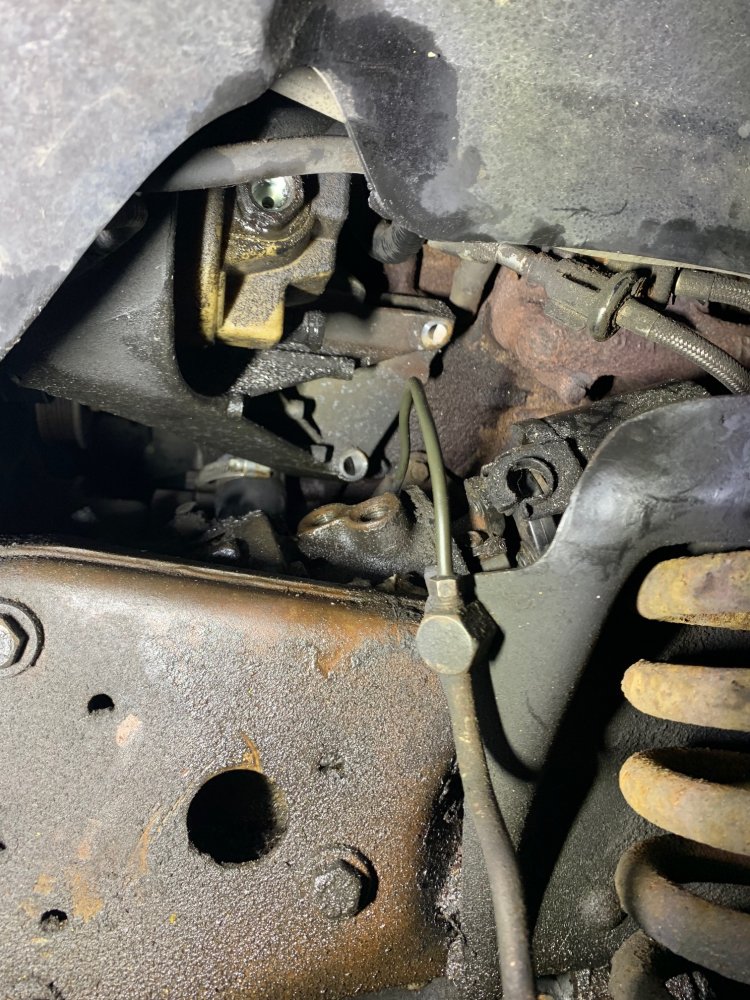 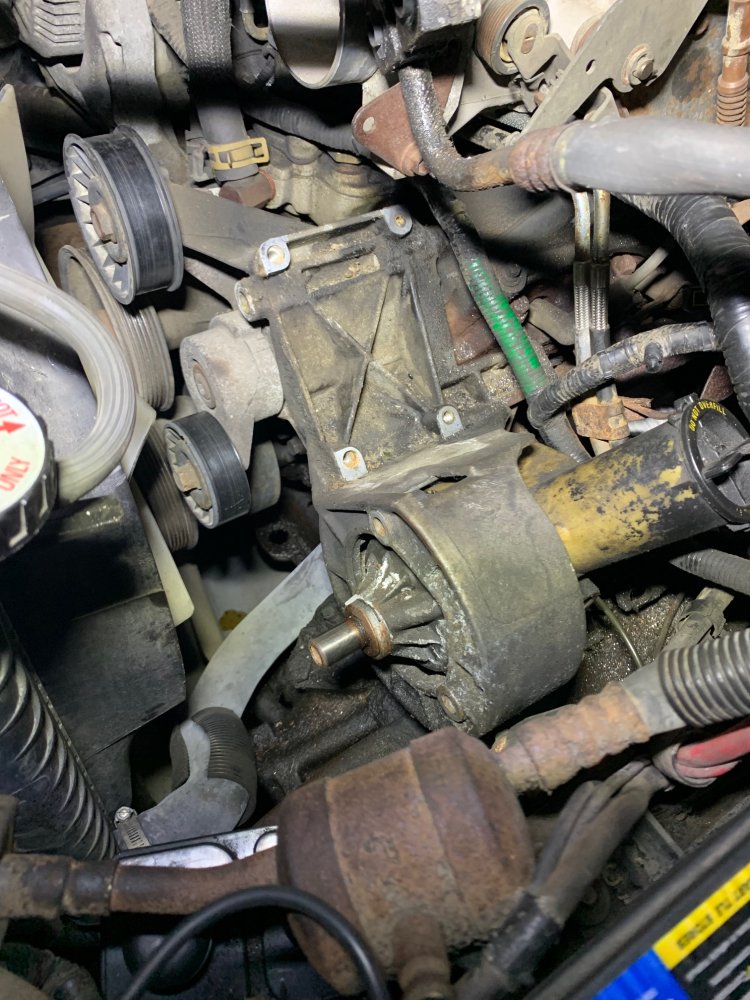 I'm not positive... But I don't think the tensioner bolt is a through bolt. It should be easy enough to just remove it...

I think you have to remove the pump from the bracket before you can access all the bracket bolts... there is probably one bolt behind the pump.

I don't see where you've used any penetrating oil to help free things up. I would soak the broken pump to bracket bolts really good... maybe even a little heat with a propane torch. Then do a bit of persuading on those pump bolts with a punch and hammer. With the pulley and those three pump bolts out or broken... that pump will move out of the bracket once you get past the oxidation that has it seized together.

PB Blaster and brute force overcame the corrosion where the busted bolt shank was corroded together with the P/S pump bracket. All good. Also eliminated my a/c compressor and used a w/o a/c stock belt. 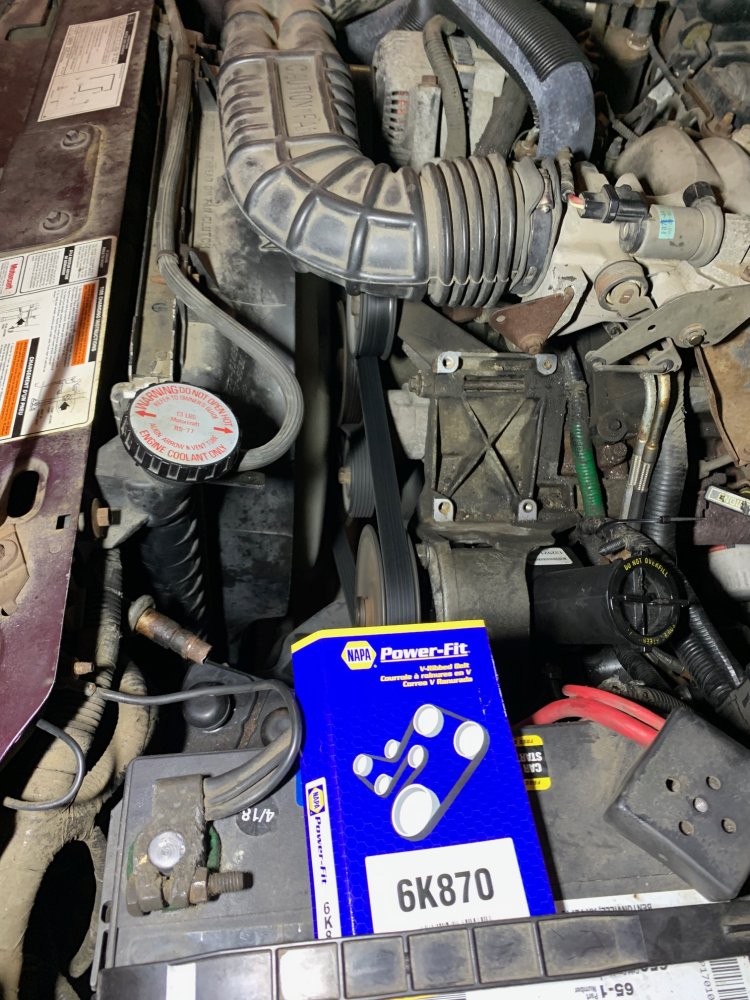