Yep I got mine from this guy. I was lucky and he had the correct ones for my truck; 4.0 swap from an exlporer

Have you gone through all the grounds on your truck? One of the largest contributors to electrical problems on these old vehicles is bad grounds. I would go through and clean/replace all the grounds you can find.

@BlackBII man I had my hopes up looking at his stuff for sale. Definitely going to message him!!! Thanks. And I have not yet. I used jumper cables to overlay all majors but I’m telling yall everything under there is trash. I’m going to start redoing large gauge stuff all my grounds and battery cables and then move to small wires. Every harness has bare wire, corrosion, you name it…..

Well today was a good day. Early start off to Chesterfield Auto Parts, in 25 degree weather. As much as I hate tearing down vehicles that appear in good shape, once their that close to the crusher it's just time to get what you can, and I did!!! From the steering column to the headlights back to the trans and ECU(including the controller) for $68........ I was shocked. Picked up a few more odds and ends including a decent dash and cluster bezel, all included in the $68 sticker! Headed home to tear mine down again, but I have high hopes for this upgrade. Thank you little donor truck for your sacrifice 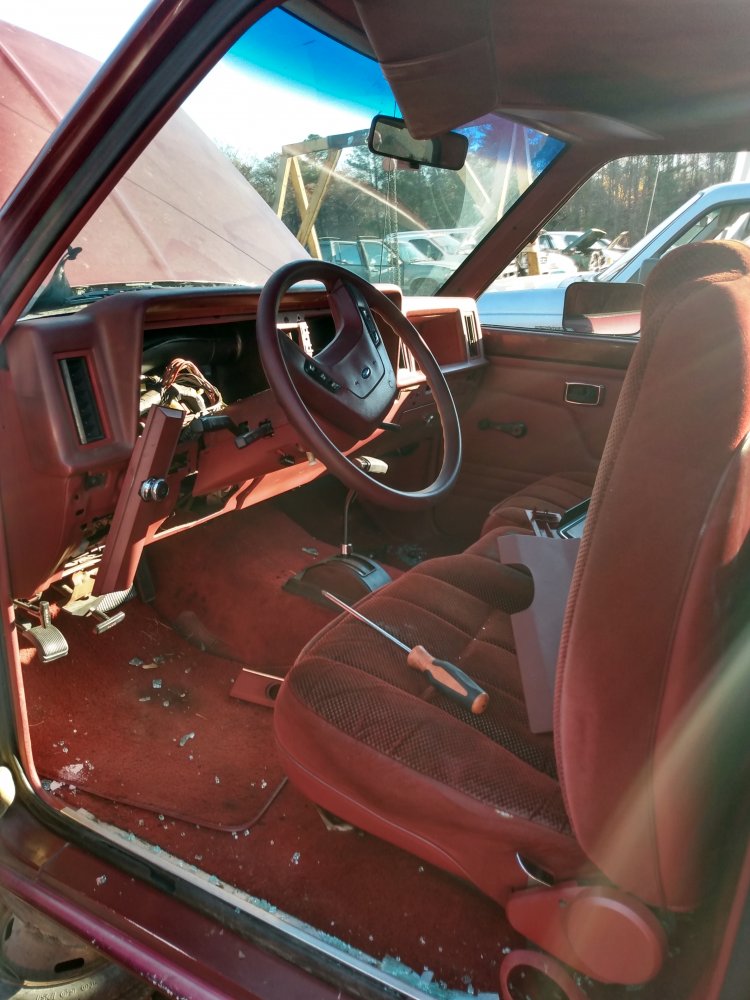 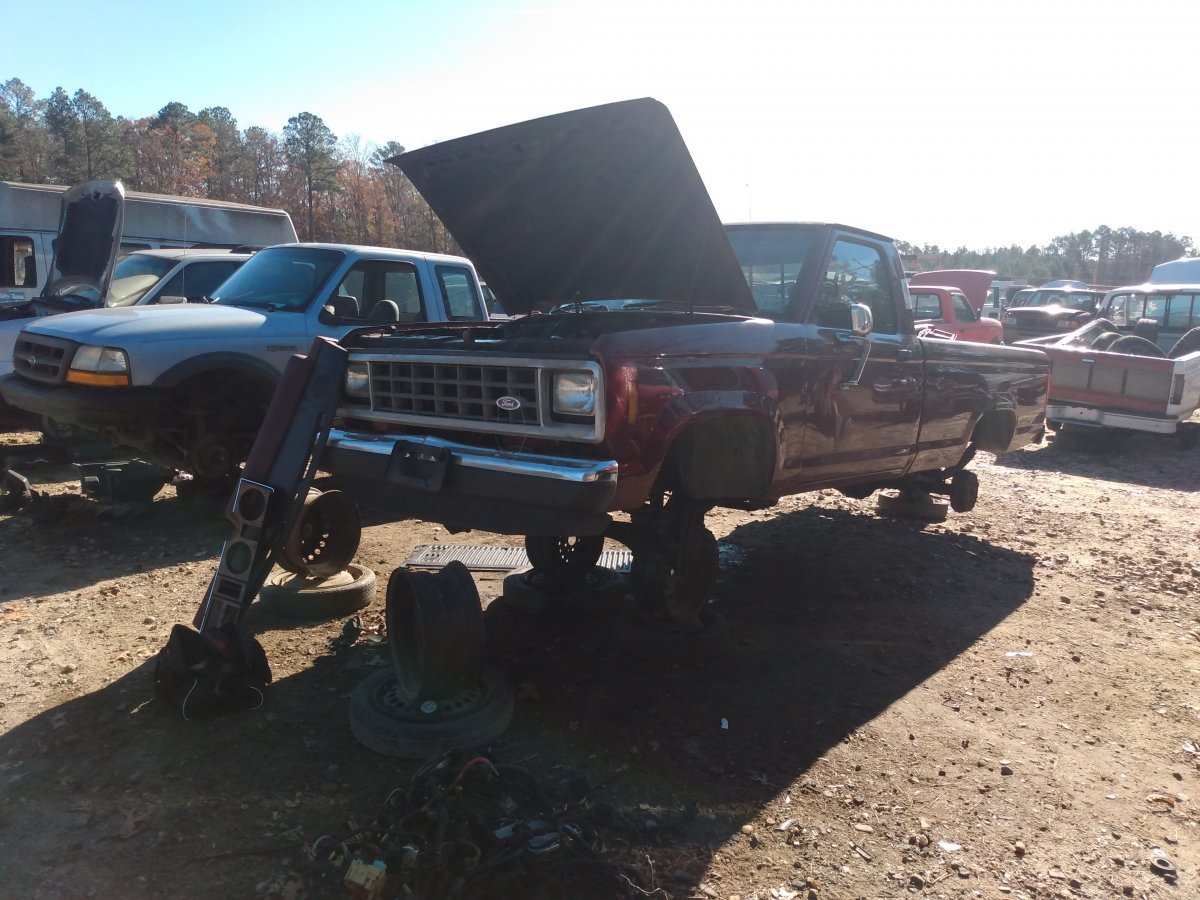 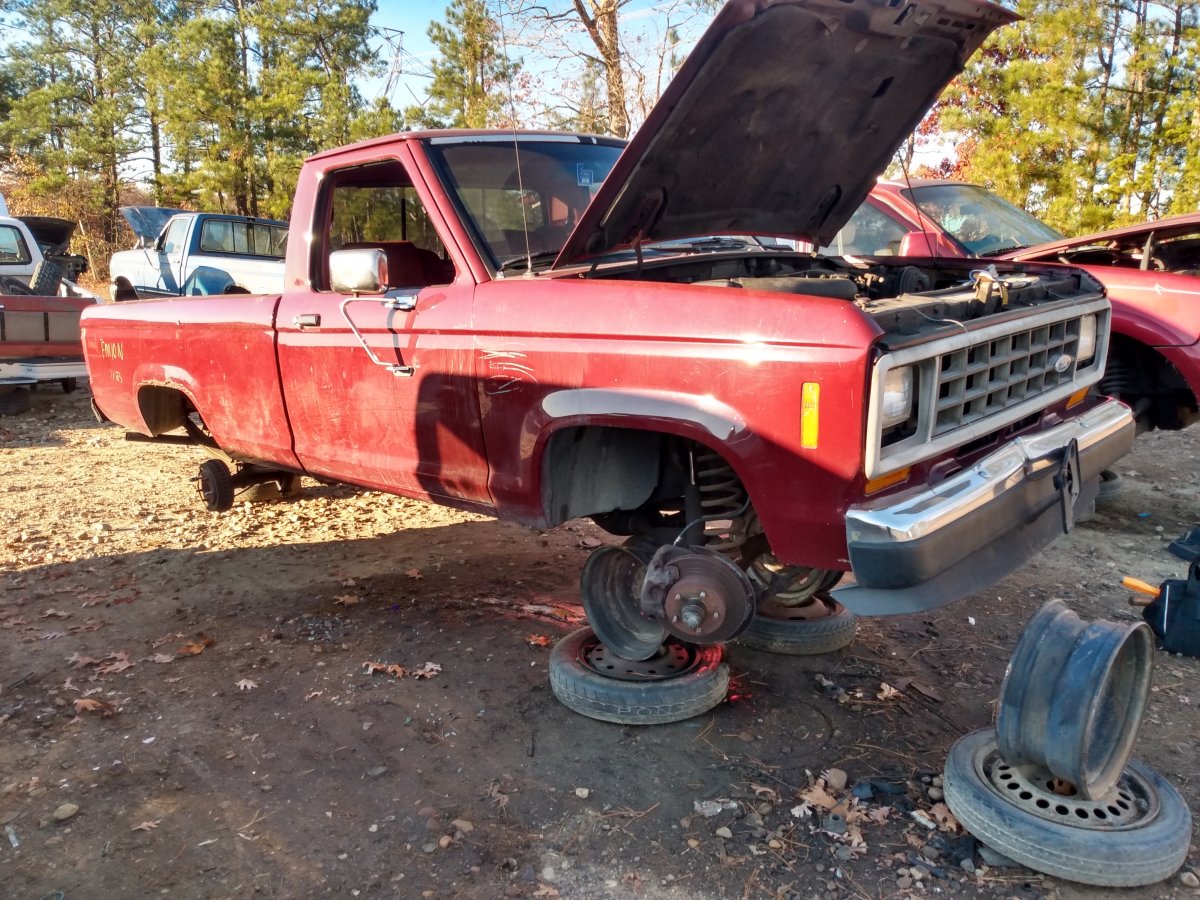 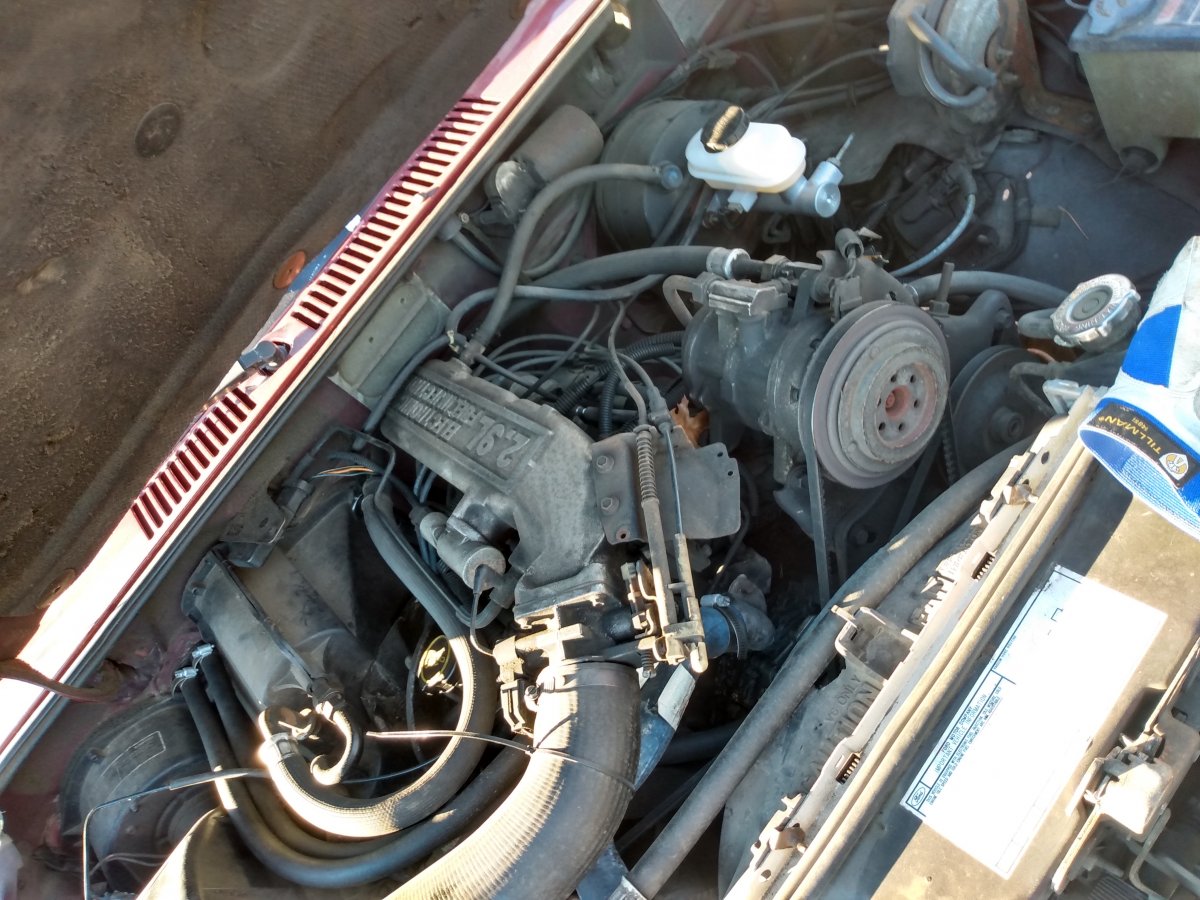 So I have gotten the dash harness and engine harness swapped out from the donor. I did lose power window functions, guessing that was the one connector under the dash on the LH side. While doing the engine harness I noted the headlight harness I got was different as well and that's when I saw the harness from the dash was connected there and ran inside the fenders to the headlights, starter solenoid then to both doors.. I'll just have to get power and ground to those switches, or more preferably swap to manual windows.. shame my donor interior is tan... May have to see if someone will trade! On a good note the truck would then crank on its own with no influence of me jumping the solenoid

. So I then found the next problem, none of the the 3 used batteries I had around had enough ass to crank it more than 15 seconds. So I was hoping to behind the modification stage once this little thing was back on its feet. But that doesn't seem to be the avenue it took. Went ahead got an Optima, group 35. Tuff Stuff 1 wire 140 amp and have ordered length of cable from batterycableusa.com. I will repost with part numbers etc once I get it all on there just wanted to make an appearance again! Also added a kill switch and had to redo my battery tray as it had more missing from rust than what was there. 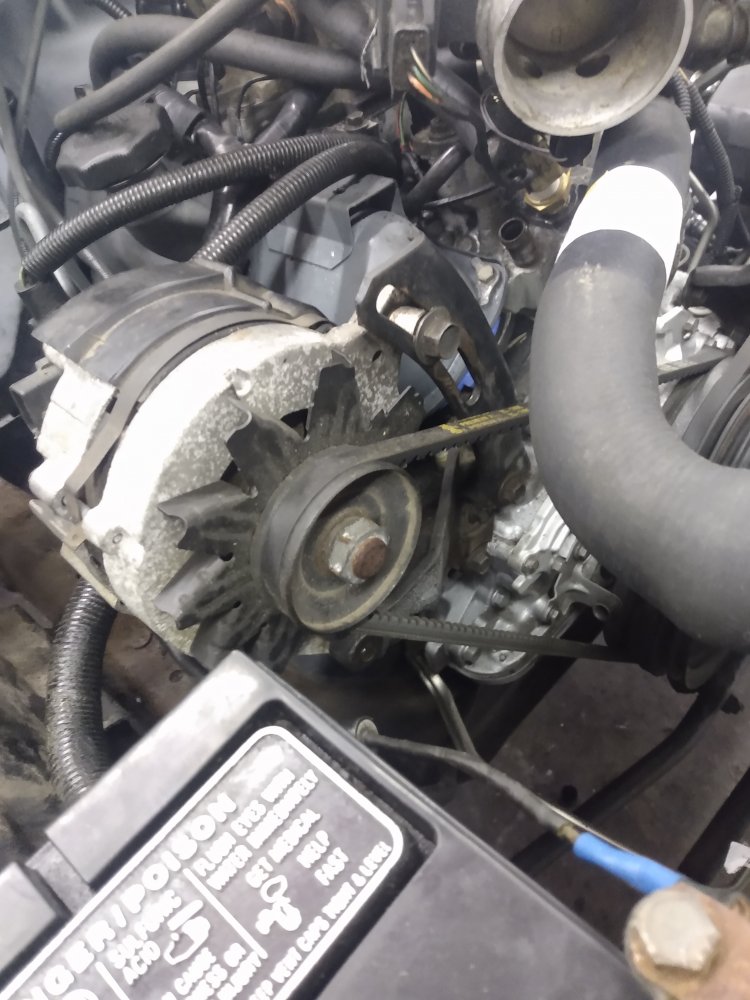 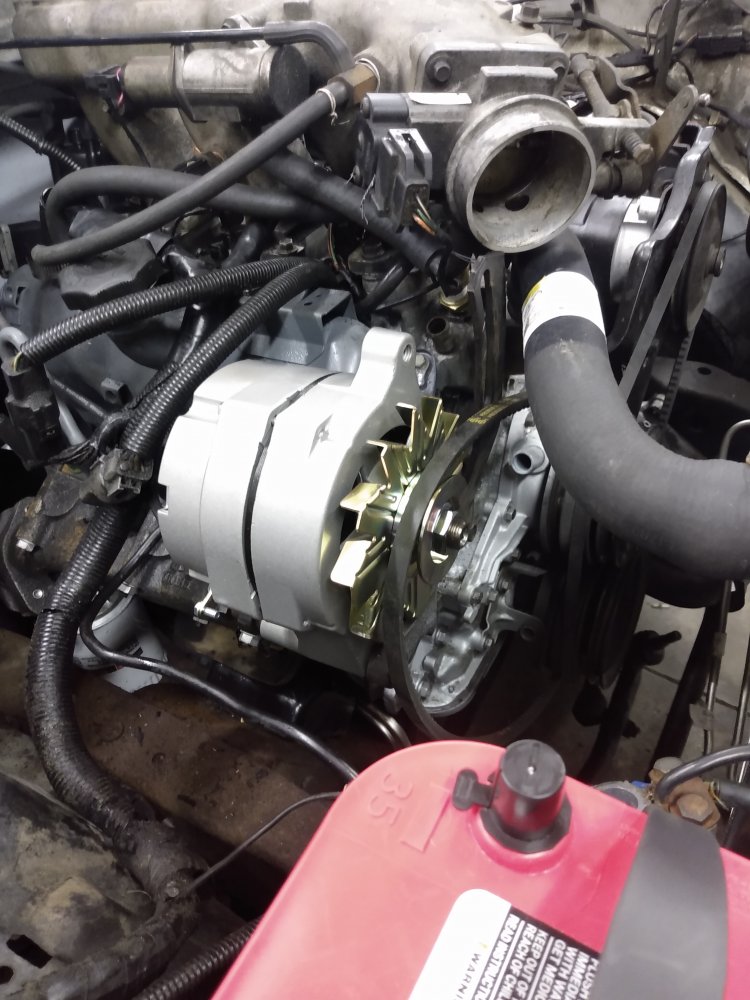 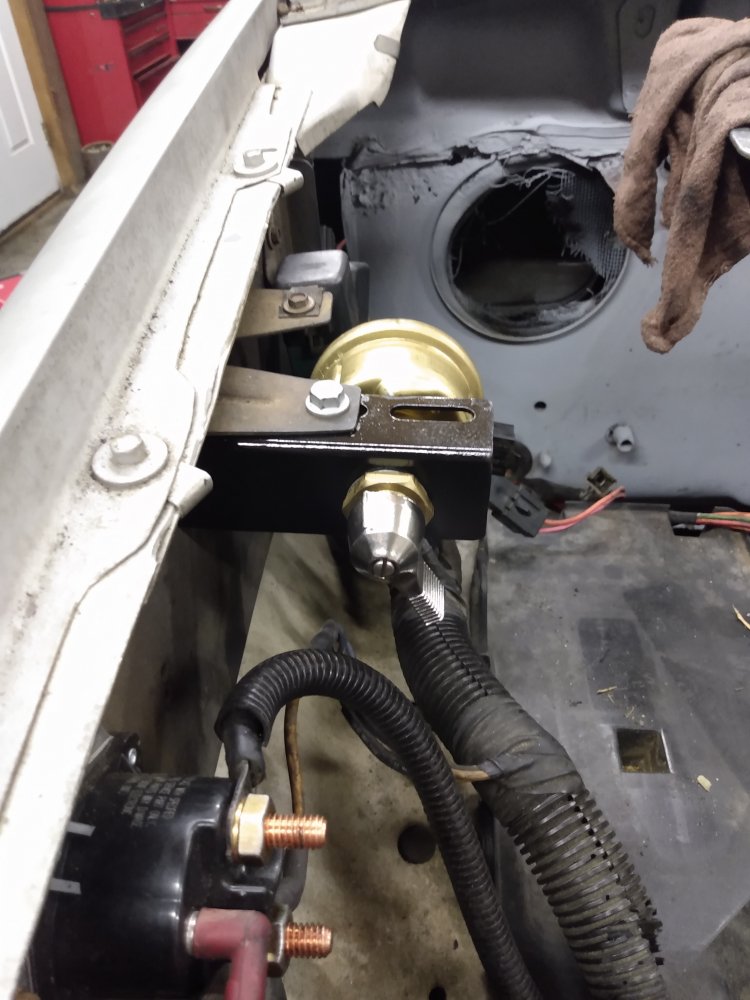 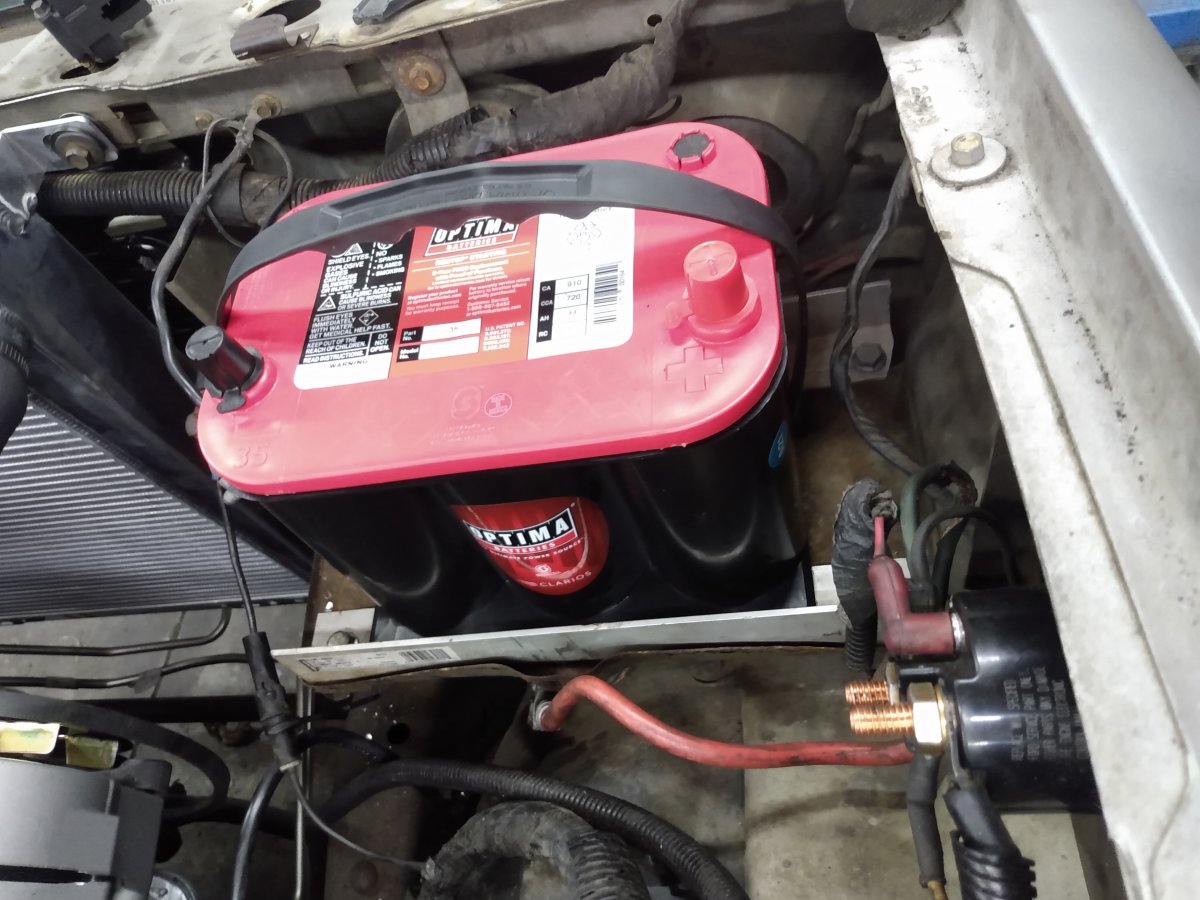 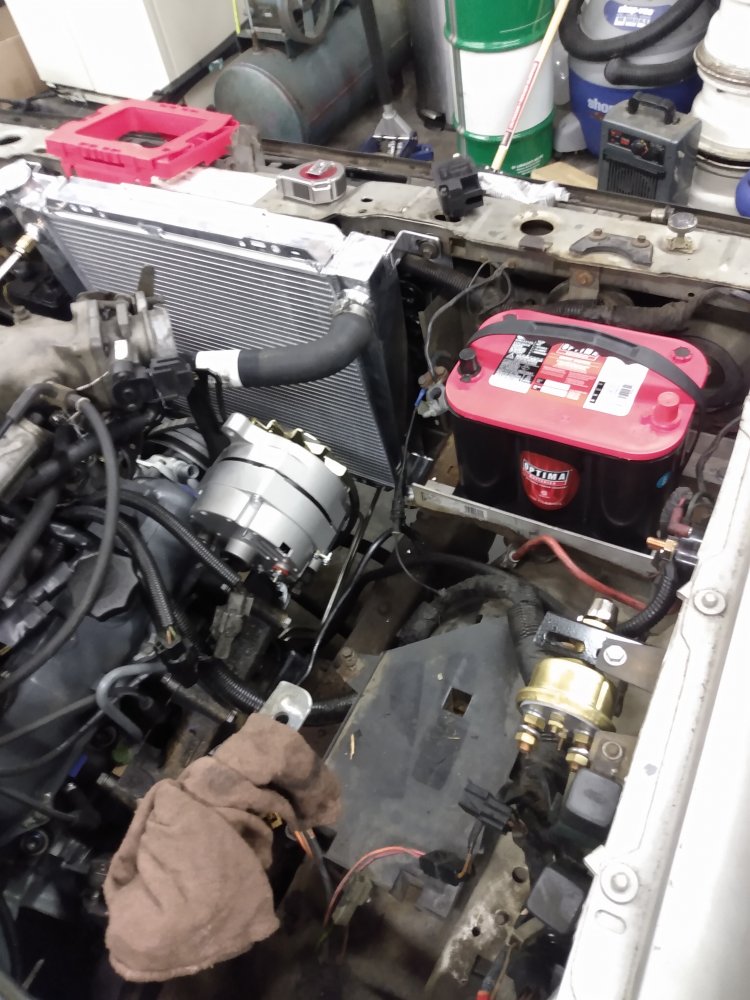 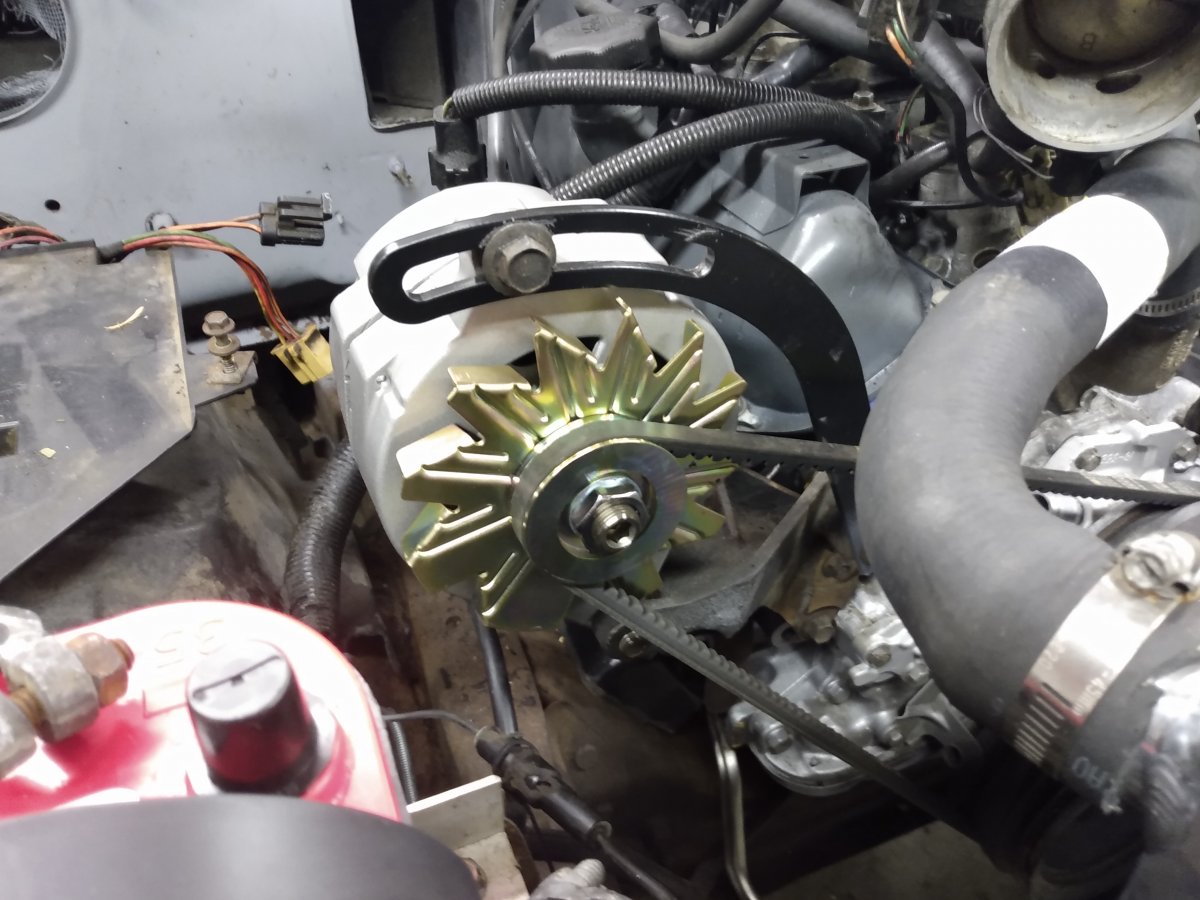 Those junk yards are soul crushing

That they are. I felt bad tearing it to pieces but the next step was sure death so at least saved a little

So just progressing the thread along. I posted some questions in help forums and got great information. My current situation is need to get connectors to wire up the fan as well as some ports to accept the factory coolant switch and my new fan control sensor. But we are making progress. In short, the engine will run and build good oil pressure. I have not run it in length due to the fan situation and needing to break the cam in. I hope to accomplish that in the week to come. I swapped interior seats to give room for the center console and as well hopefully a doubler setup. Most of the dash is back together and I need to supply power for the power window circuit as the dash harness I got form the donor had manual windows and the 12 pin ( I think) connector under the DS dash was not there. Should be pretty simple. Then a plethora of small to do's and an appointment to DMV are near I believe... I also got the entire shift plate and shifter setup out of the parts bronco I bought and bolted it in, fit like a glove. So lucky it had auto trans and manual tcase what a rare setup. Thanks for watching and the comments!

Here is the first crank 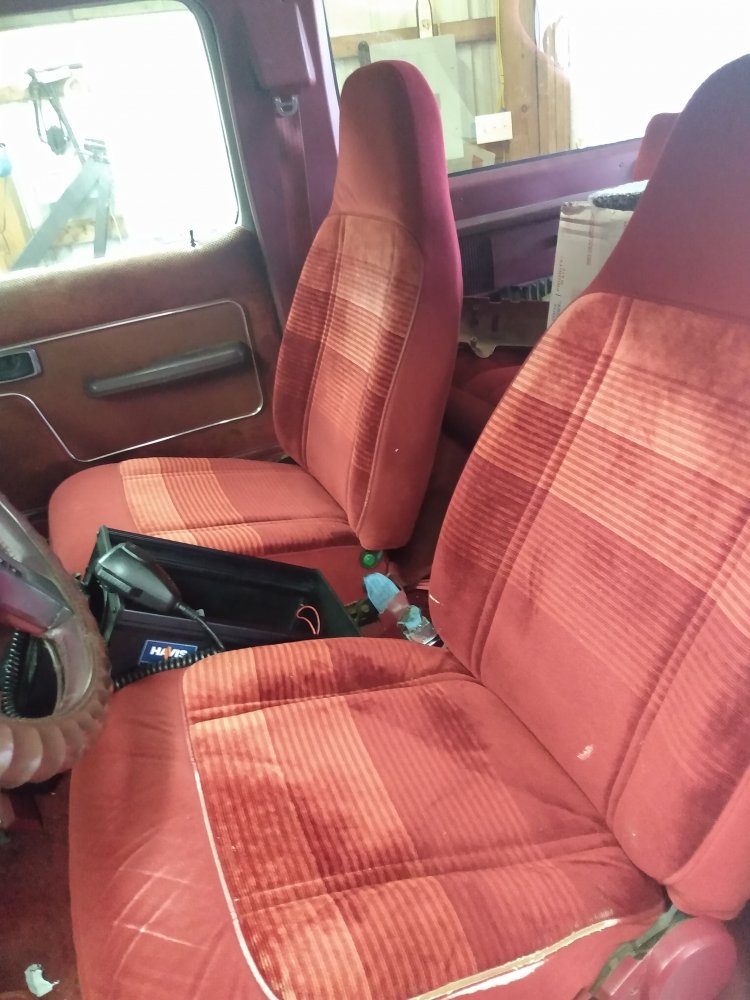 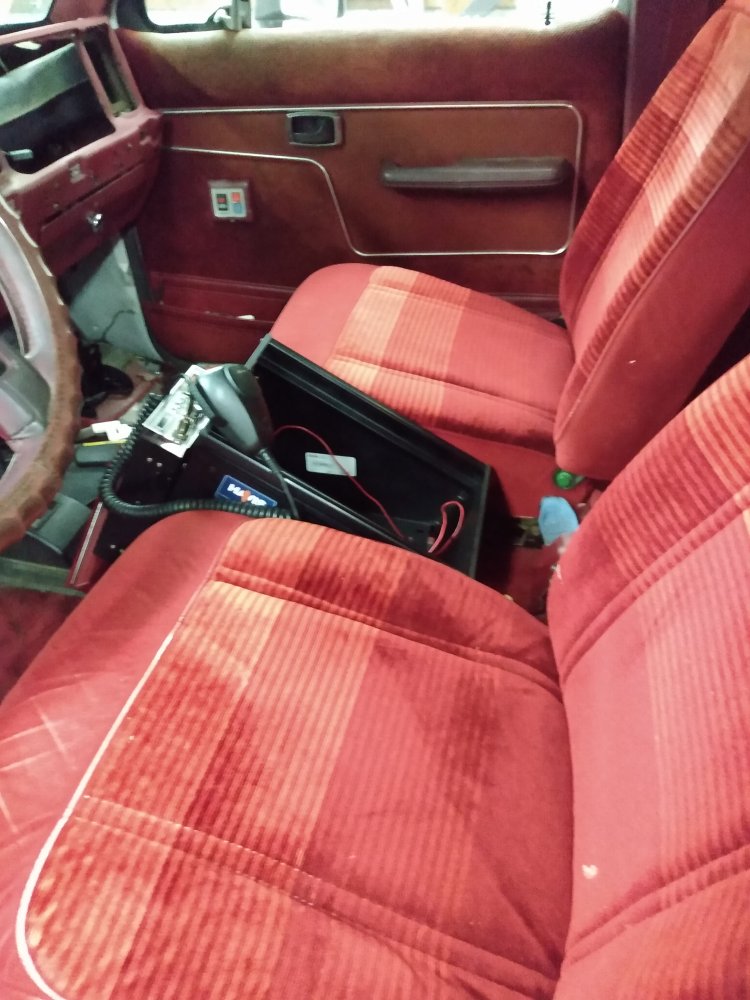 Uncle Gump said:
That was a pretty good deal on the Bronco... the price has just gone out of control on anything Bronco.

I've built one of these as a trail rig in my head for a couple years... once i get moved and IF the right Bronco II comes along I'm afraid I'm probably just going to buy it.

According to the NADA guide my 88 Bronco 2 is worth almost 1/2 what it cost new LOL...hmm, to find some poor SOB willing to pay that much though HAHA!!! At this point I wouldn't want to part with it, too much money tied up in the engine/transmission replacement/rebuild...plus its proven far more reliable than the 2008 Ford Explorer is LOL.

I paid $800 for my Bronco 2 which also needed an engine/transmission...thanks to the previous owner's terrible driving habits/skills, and he towed it behind his RV and left the hubs locked in....so...tranny was a bit toasted....surprisingly drove it home 30 miles but had no overdrive and it was slipping quite a bit. Replacement engine and rebuilt transmission its doing really well.

Was that a rebuilt A4LD @wildbill23c ? Hopefully I will have no issues with mine. It has significant upgrades.

Enjoying the thread! Keep it coming!

Fan is wired up under the hood, and now to make and run the power supply harness into the cabin. Waiting on a few components but plan to run wire this weekend. Slowly but surely plugging away to get this thing on the road! 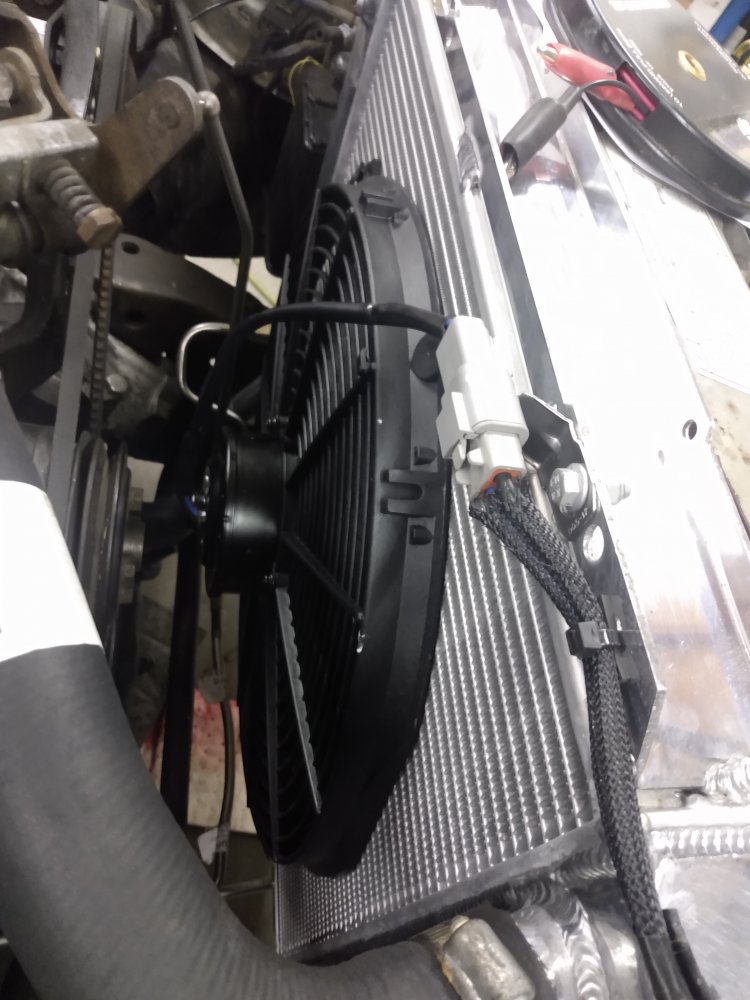 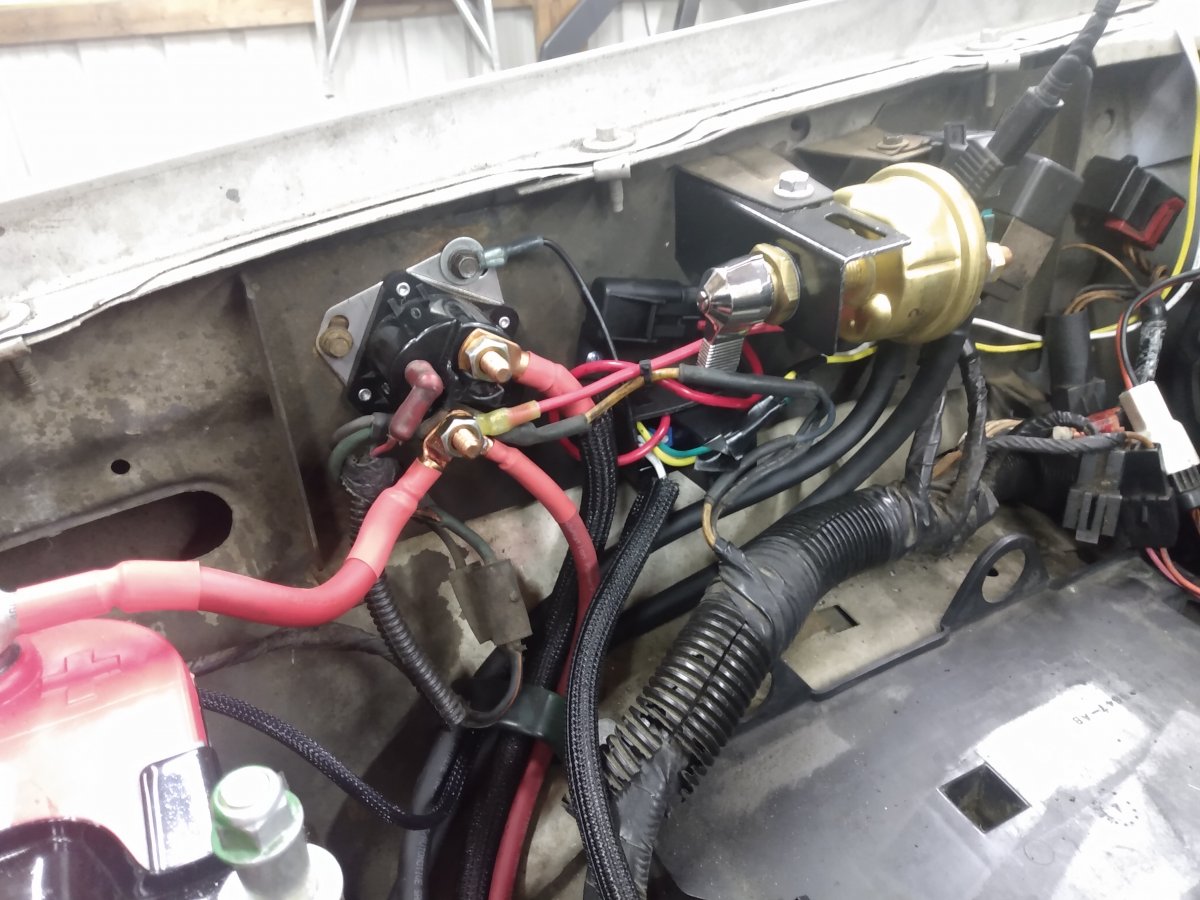 Thanks @ecgreen I am trying to get things accomplished. Really pushing for it, when I made smoke the other day it lit a fire to get it on the road. Just trying to tightened up loose ends before I perform cam break in but the fan leads to the wiring in the cab for the key on power, which if I am running 1 wire in I may as well run everything I need, then I needed to pull the carpet up so I put the shifter in... you know how it goes!

FYI your truck and the many others here are motivation to push onward for sure.

RumPunch said:
Was that a rebuilt A4LD @wildbill23c ? Hopefully I will have no issues with mine. It has significant upgrades.
Click to expand...

Yes. Its been 5-1/2 years since the rebuild on the transmission, so far so good. Its been just over 3 years since the engine replacement. The trouble is the rest of the vehicle is still 33 years old, so axles, transfer case, wiring, interior, that type of stuff is still junk but I don't think it'll be on the road much longer, getting ready to get rid of it, tired of dealing with the worn out front end even after several thousand dollars in front end work, its still horrible to drive on the highway, it wanders all over the place after a few weeks having the front end work done, its right back to how it was before. Needs way too much interior and exterior work and its at the point where other things are going haywire in it too, so its time for it to go. Thinking possibly it might be better to part it out since the engine/transmission are good, the rest of it is garbage.
You must log in or register to reply here.
Share:
Facebook Twitter Reddit Pinterest Tumblr WhatsApp Email Link