I bought a 1990 b2 from the orignal owner!! he still had the 1990 title.
Sad story is he could no longer drive it since 2009 when he got cancer and couldnt operate the manual clutch,
It makes me want to baby this thing and bring it to its former glory,

What ive done already,
lifted the whole thing around 4-6" (didnt measure before and after)
I used brand new f150 coil spings off amazon for a 1995.
I used brand new 1997 Rear Honda passport shocks for the fornt shocks. monroe cataloged for specific size, works perfectly


I also added 33,12.5,15 tires all the way around. the only place it rubs is the inside fender wall. I will trim it with an exacto this week and it will fix my problem. ( really only an issue at full radius turn and going backwards as the MT teeth grab it)

ill take some today and post tonight, off to work at Chick fil A 11am to close, it might be late tonight Sharp looking truck.
How are the top of the f150 coil springs held in place?

alwaysFlOoReD said:
Sharp looking truck.
How are the top of the f150 coil springs held in place?
Click to expand... Do you have a J hook or some other way of making sure the top of the spring doesn't pop out on a major bump?
@four.on.the.floor

I actually just bought 1.5" wide metal strap to go around the coil and spring before I take it to far. I just finished the lift yesterday

Also these are when I bought it and the journey to paint and lifting it. Before I added the four degrees camber bushings makes me laugh each time.

This is the day I bought it

been doing it like that since about 89. relocate/ship rad arm brackets back a lil and 150 arms really make use of travel. 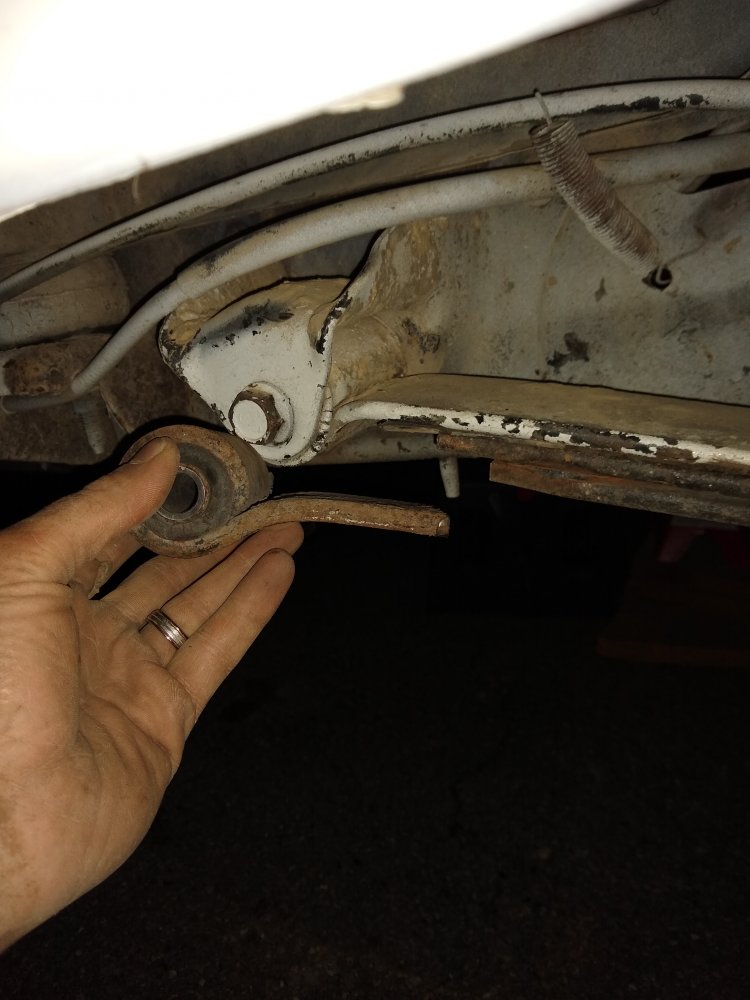 save those for the ls swap.

four.on.the.floor said:
This is the day I bought it
Click to expand...

Hek, I think it looked pretty good when you got it

save those for the ls swap.
Click to expand...